Padre Steve’s Favorite Fighter Aircraft Part One: The Messerschmitt 109 Introduction to a Legend 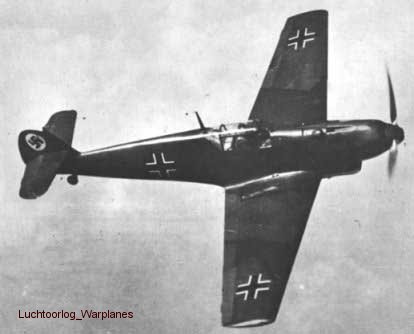 The Me-109-B2. The B Variant was first tested in Combat with the Condor Legion in the Spanish Civil War

This is a three part series on my favorite fighter aircraft of all-time, the Messerschmitt 109.

I have always had a penchant for fighter aircraft.  I can remember as a child the roar of jet aircraft including the Blue Angels over my house when my dad was stationed at NAS Whidbey Island Washington back from 1965-1969.  I remember the trips through the local hobby shop and my dad teaching me to build model aircraft.  One of the first models I got to build was a Messerschmitt 109 E which I think was produced by Aurora or Monogram models. Regardless I fell in love with the Me-109 when still in grade school and have never lost my love for that aircraft.

Me-109 of Stabs JG2 during the Battle of Britain 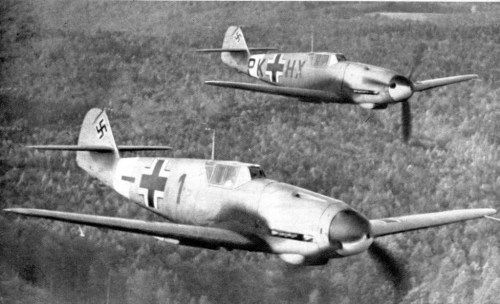 The Messerschmitt 109 which was designed in the mid 1930s became one of the premier and longest lived fighter aircraft in history with over 30,000 of all variants built during the Second World War and which was continued in production after the war by Spain and Czechoslovakia.  Developed for a civilian aircraft and light military transport the Bf-108 Taifun the Messerschmitt 109 cut its teeth with the Condor Legion in Spain and served in every European campaign used by the German Luftwaffe and allies such as Hungary, Romania, Croatia, Finland and Italy.  The 109 would continue in service after the war in Finland and Romania as well as Spain where a variant was built by Hispano-Aviacion HA-1109 and by Czechoslovakia as the Avia S-99, 199 and 299.  It would continue in service in Finland and Romania until the mid 1950s and in Spain until the mid 1960s.  In an Ironic twist the Czech variant was acquired by the fledgling Israeli Air Force and used in the Israeli war for Independence in 1948 where Israeli pilots flew the Czech built German fighter against Egyptian pilots flying the British Supermarine Spitfire.

Avia S-199 in Israeli Colors. In an ironic twist Israeli pilots would fly missions in the Czche variant of the 109 against Egyptians in British built Spitfires

The Me-109 was flown by many of the most decorated and successful aces of World War II including Erich Hartmann the highest scoring ace ever with 352 areal victories, Werner Molders and Adolf Galland.

Personally I like to build 1:72 scale me-109’s.  I probably have a hundred or so that I have stashed away in boxes in my stuff of almost all variants and many color and national markings.

These will be several short articles about the Messerschmitt 109 on this site in the next week or two, so aircraft aficionados enjoy.

5 responses to “Padre Steve’s Favorite Fighter Aircraft Part One: The Messerschmitt 109 Introduction to a Legend”