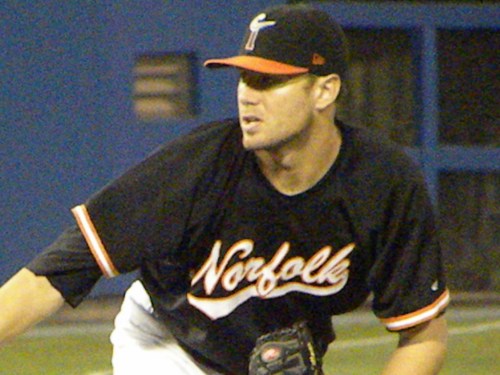 The Norfolk Tides and Durham Bulls played one of the most tension filled games at Harbor Park this season. Fans were treated to the best pitcher’s duel that has been seen here all season as Chris Tillman pitched a tremendous game against Brian Baker of the Bulls who put on a show in his own right. 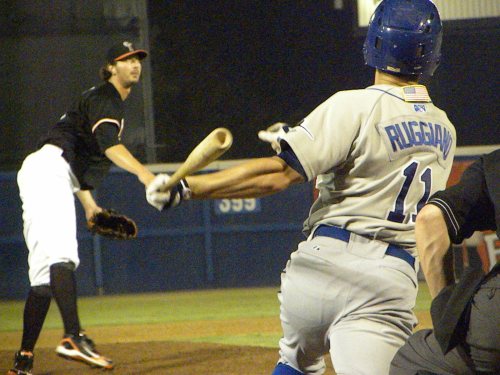 Tillman pitched 7 innings allowing no runs and just 2 hits striking out 8 and walking two Bulls.  Baker allowed no runs and only one hit while striking out 4 and walking 4 Tides.  The only run of the game came in the top of the 8th inning when Kam Mickolio in to relieve Tillman struck out struck out Fernando Perez and then gave up a single to Desmond Jennings.  He then struck out Elliott Johnson and with two outs with Justin Ruggiano batting Jennings stole second base.  Ruggiano then hit a ground rule double which bounced over the right field fence to drive in Jennings.  Mickolio then retired Chris Richard to end the inning.  The Tides managed nothing in the 8th and Mickolio very efficiently put the Bulls down in order in the 9th. 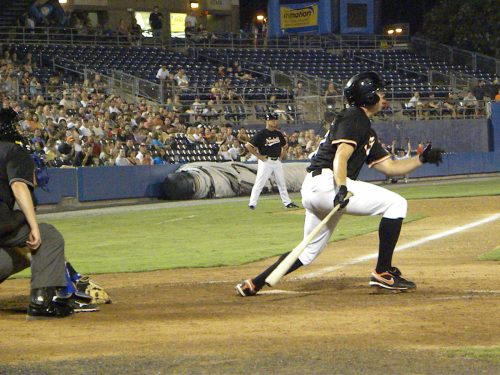 The Tides attempted a comeback in the bottom of the 9th. With2 outs and no one on base Michael Aubrey came up as a pinch hitter and drove a ball deep into right field which looked like it would be a home run. It was not striking about a foot from the top of the fence and Aubrey was in with a double. The rally came to an end though one batter later when Winston Abreu stuck out Brandon Snyder to end the game.

Up in Baltimore yesterday the Orioles defeated the Rangers 8-6 hitting 4 home runs against Cliff Lee, the most that Lee has given up in a game. Two of those came from former Tide Josh Bell who drove in 5 RBIs. Bell was hitting in the 9th spot and it was the first time since 1920 that an Oriole hitter in that spot had hit two home runs in a game.

The game begins at 6:15 this evening and rain could be a factor.