I officially entered the Navy in 1999 however I had spent a significant amount of my young life hanging around the Navy as a “Navy Brat” as well as a Navy Junior ROTC Cadet.

My first “underway” was returning from the Philippines on the USS J. C. Breckenridge AP 176 in 1964.  The ship was a troopship and at the time was engaged in the transport of military personnel and their dependents from the Far East to San Fransisco.  In this capacity the ship made regular stops at Guam, Yokosuka, Okinawa, and Inchon, as well as Adak, Alaska, and Midway Island as she sailed between the Philippines, Japan and the west coast.  We rode her back following my father’s assignment at Cubi Point Naval Air Station.

The trip across the Pacific was something that I remember to this day.  A Marine stood guard outside of the family quarters in a starched “sateen” fatigue uniform.   I remember Marines going over the side of the ship into waiting landing craft at one stop, probably Inchon. I had a tee-shirt from the ship that I wore proudly until it was a tattered rag. 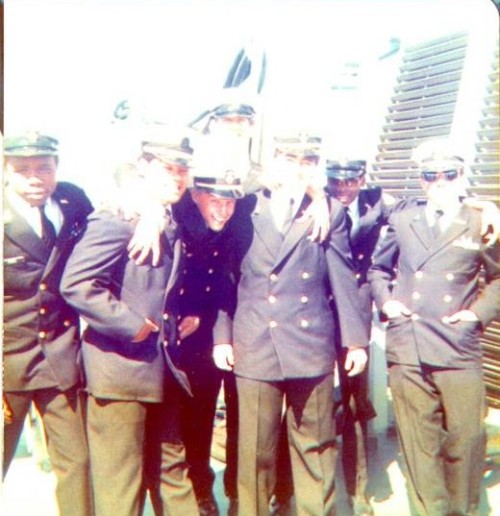 When I entered High School I joined the Navy Junior ROTC unit.  I was very fortunate because our instructors, LCDR Jim Breedlove and Senior Chief Petty Officer John Ness ensured that we had many opportunities to go underway on various ships.

The first of these was the USS Agerholm DD-826 a Gearing Class destroyer commissioned in 1946 which had received a  FRAM-1 modernization and fired the only live nuclear ASROC.  I embarked Agerholm in San Diego with 5 other cadets in October 1975.  During the trip we were able to observe gunnery exercises in the #2 5″ 38 gun mount and help man a towing hawser in exercises with the USS O’Callahan and USS Carpenter DD-825.  The trip was exhilarating as we rode heavy seas, and got to stand watches alongside real sailors.

The second trip for me was on the USS Coral Sea in July 1976 where I spent 2 weeks working in the ship’s medical department. The trip about Coral Sea was interesting as we were able to observe flight operations and see how carrier operated.

I then went on the USS Pyro in the fall of 1976 for a 5 day underway where I witnessed a burial at sea and met the chaplain who covered the service force.  On Pyro I was able to work with the Signalmen. 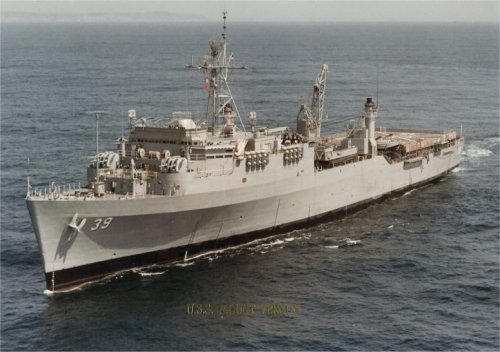 In February 1977 a number of us traveled to Portland Oregon to embark on USS Mount Vernon LSD-39 for its trip from an overhaul back to her home port of San Diego during which we disembarked at Alameda.  That was an interesting trip as well as upon entering the Pacific from the Colombia River we ran into a major storm and we got to see how a flat-bottomed amphibious ship rode in heavy seas, the answer, not well. On the Mount Vernon we stood various watches the most memorable was in the Main Engineering plant.  Mount Vernon like most of the ships of the day was powered by steam turbines and the Engine Room was about 100 degrees.

My final underway was a round trip from San Diego to Pearl Harbor and back.  On the outbound trip we rode the USS Frederick LST-1184 as it transited with its Amphibious Group of 7 ships for a WESTPAC deployment.  On Frederick I was paired with the Operations department and Navigation division.  This was interesting as I got to practice skills that I had learned in the classroom as well as learn about the early satellite navigation systems Loran and Omega.  It was on Frederick that I first felt the call to be a Navy Chaplain and aboard which I would celebrate my first Eucharist underway 23 years later.

We spent a week in Peal Harbor when I was able to visit the USS Arizona and USS Utah Memorials, meet Navy Divers, Army Maritime Transportation Corps personnel and tour their landing craft.  We had some liberty in Pearl and the son of one of my parents friends from the Navy picked me up from a day of snorkeling during which I was badly sunburned with 2nd degree burns on my back. This lent me the nickname “Lobsterman” by my fellow cadets.

The return trip was on the USS Gray FF-1054 a Knox Class Frigate which my dad had helped prepare for commissioning in 1970. Gray and a cruiser destroyer force headed by the USS Chicago CG-10 was returning from deployment.  On Gray I got to see my first underway replenishment

These journeys were important in my life, they put a love of the sea and love of the Navy deep in me that could not be quenched even by my 17 and a half years of service in the Army.  As a Chaplain I had the privilege of serving on the USS Hue City CG-66. 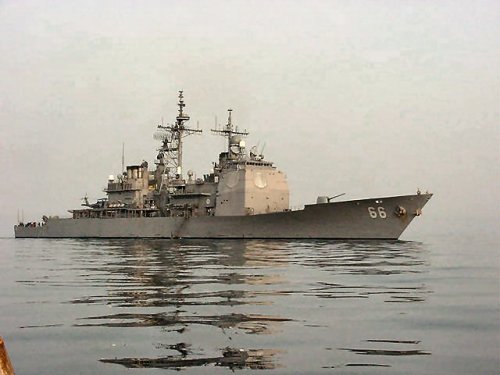 I still love the sea and who knows if I will get another sea tour, but I have been blessed in all of these experiences.  Of the ships themselves only Hue City is active in the US Navy while Frederick was sold to Mexico where she still serves. 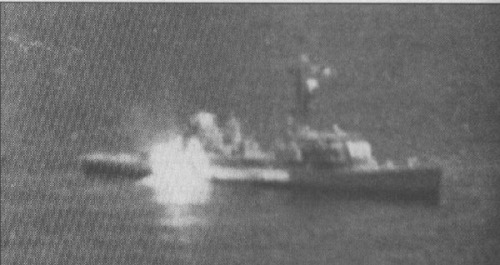 Agerholm was expended as a target for the Harpoon missile system, Breckenridge, Coral Sea, Gray, Portland were scrapped and Pyro was decommissioned and remains in the National Defense Reserve Fleet at Suisun Bay California.   They were all great ships manned by great crews.