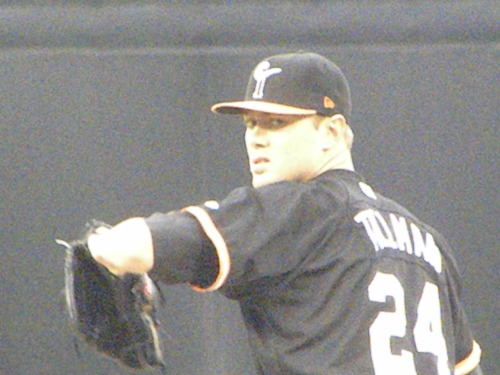 Chris Tillman got his 9th Win on Monday

Chris Tillman pitched well on Monday night in Indianapolis to pick up his 9th win of the season and his first in four starts since returning from Baltimore. Tillman pitched 6.2 innings allowing 1 run on 8 hits, striking out 9 and walking only one in the outing.  The Tides hitters continued to hit well pounding out 9 runs on 15 hits tearing up the Indians pitching staff. Matt Angle went 4 for 5 with a double, triple and 2 RBIs, Robert Andino went 2 for 5 but had 2 triples and an RBI, Brandon Snyder went 2 for 4 with 2 doubles and 2 RBIs while Adam Donachie had an RBI double and Scott Moore a 2 run home run. 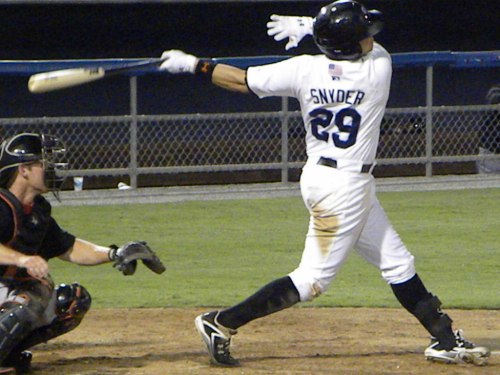 The Tides took a 2-0 lead on Scott Moore’s 6th home run of the season in the second inning and never looked back. They added another in the 3rd when Robert Andino tripled and scored on a sacrifice fly by Jeff Salazar.  The 4th inning was a big inning for the Tides as they sent 8 batters to the plate and scored 4 runs.  Brandon Snyder led off the inning with a double and Scott Moore walked. Adam Donachie laid down a sacrifice bunt to send the runners to 2nd and 3rd base with 1 out. Paco Figueroa singled to score Snyder and send Moore to 3rd base.  Matt Angle tripled to score Moore and Figueroa.  Starter Jeremy Powell then hit Andino and was replaced by Dana Eveland. Jeff Salazar had a sacrifice fly to score Angle before Nolan Reimold grounded into a force out to end the inning. The Tides scored an insurance run in the 6th when Matt Angle singled and scored on Robert Andino’s second triple of the game and a final run in the top of the 9th when Brandon Snyder hit his 2nd double and was driven in by Adam Donachie who doubled.

The Indians scored just 1 run in the bottom of the 4th inning on consecutive singles by Brandon Moss, John Bowker and Mitch Jones. 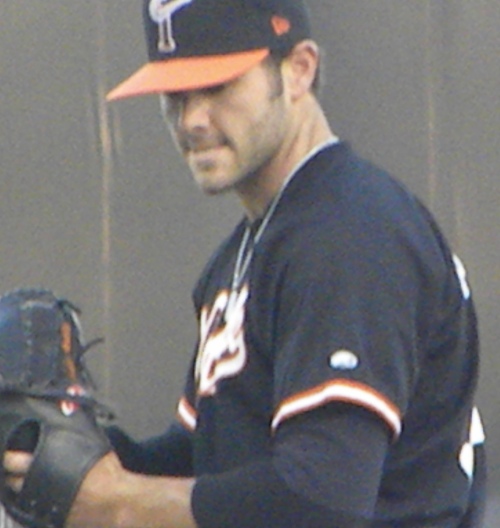 In Baltimore the Orioles closed out their series with the White Sox winning on a walk off home run by Brian Roberts to give the O’s their 6th win in 7 games and a series win over the Sox following their sweep of the Angels. The Orioles played tonight in Cleveland winning 14-8 with Jake Arietta getting the win. The O’s had home runs from Felix Pie, Luke Scott, Matt Wieters and Corey Patterson. The O’s had 13 hits in the effort and improved their record to 39 and 74 and are not far from climbing out of the Marianas Trench of Major League Baseball.  It is amazing to see the turn around on the O’s since the hiring of Buck Showalter as manager making their record under him 7-1.  The Orioles hitting has come alive after a relatively dismal season and now their starting pitchers are getting good starts.

The Tides are losing 10-6 in Indianapolis as this is published.