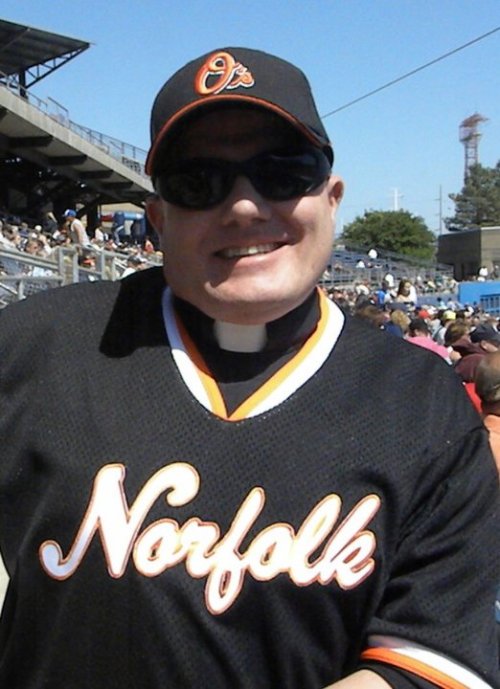 I love all things baseball as the Deity tends to speak to me through this most spiritual of games.  I can’t get around it I am mesmerized by the diamond and the nuances of the game, the sights, sounds, smells, which make up the experience as well as the games within the game.  I live for opening day and the call of Spring Training is my first indication of life returning after the cold desolation of winter and the All-Star Game triggers memories of the past greats and my interaction with the various legends of Baseball.  Tell me if I’m strange but I even get excited about trading deadlines and call-ups of Minor Leaguers in September.  Speaking of September I love the pennant races and this year there are a couple of note.  These are my predictions regarding the teams that I think that will make the playoffs.  Since I am neither the Prophet nor the Son of the Prophet I could be wrong, but I was pretty accurate last year. So here I go again, at least if I get this wrong I won’t be taken outside the city gate and crushed to death with heavy stones, unless someone is actually wagering on games based on my picks.  If that is the case I don’t even want to think about it.

Starting in the American League we have the New York Yankees and the Durham Bulls South, or as they are better known the Tampa Bay Rays.  These are such contrasting franchises; one built around veterans and several future Hall of Fame members and the other full of young raw talent and experienced young players.  They have been in a fight for the division most of the year but especially over the past month. The Yankees are a half game up on the Rays as of today.  With 13 games left for the Yankees and 14 for the Rays this is a tossup. The Yankees and Rays meet this week in a four game series at Yankee Stadium and followed by three games with the Yankees meeting their hated rival Boston Red Sox for a three game set.  The Yankees then travel to Toronto for three against the Blue Jays and finish the season at Fenway Park against the Red Sox.  This is no easy schedule and I expect all three opponents to challenge the Yankees.  The Rays have the easier schedule and this may prove to be the difference if they avoid a sweep at the “House that George Built.” I expect at least a split against the Yankees but they then go home to play three with the Mariners and three with the Orioles at the Trop. I don’t see much trouble with the Mariners but the Orioles under Buck “play to win every game” Showalter could play the spoiler if the Rays are not careful. They then travel west to Kansas City where they should do well and end the regular season.

My prediction: Rays win 9 of 14 to finish at 98-64, while the Yankees will win just 7 of 13 to finish at 97-65 to give the Rays the East by a game. The Yankees will be in the playoffs but as the Wild Card. The Orioles extra innings win on Sunday in Baltimore will prove to be more significant than most would expect. The Yankees need to take 3 of 4 from the Rays to give them the edge down the final stretch, if they can do this they have a chance to tie or win the division outright. The Rays have to split in New York and not allow any of the bottom dwellers that they face to surprise them and I think that the O’s just may play spoiler.

My prediction: I see Philly winning 8 of 12, splitting with the Braves and taking 5 of 6 from the Minaya’s and the Nats. The Braves as I said need to take at least 4 of six to stay in the race and win out against both Washington and the Florida Marlins and even then they need help in order for the Phillies to lose at least 6 of their last 12 games. I don’t see that happening. In fact if the Phillies dominate the Braves and the Braves split their games with the Nats and the Marlins then they may not even reach the Wild Card. Bobby Cox and crew have their job cut out over the next two weeks.

In the National League Central the “who are those guys?” Cincinnati Reds hold a 6 game lead over the perennial NL Central leader St Louis Cardinals and have a magic number of 8 to clinch the Division.  The Cardinals have been unable to buy wins of late and their August collapse totally surprised me as it has everyone else. The Reds have 6 games against the Brewers, 3 against the Astros and 3 against the floundering Padres.  The Cardinals actually have the easier schedule with 6 against the perpetual owners of the MLB Marianas Trench, the Pittsburg Pirates and 3 games against their rival the Chicago “we ain’t ever going to win the World Series” Cubs and 3 against the red hot Colorado Rockies.  They did not help matters losing a make-up game to the Marlins today. This made the Reds magic number 7 and that much harder for the Cardinals to get back in the race.

We go now to the NL West where the San Francisco Giants lead their rivals the San Diego Padres by a half a game and the red hot Colorado Rockies by a game and a half.  The Giants have a magic number of 13 but in a race this close that will change day to day. The Rockies schedule provides them opportunity should they stay hot and their opponents cooperate.  They play the Arizona Diamondbacks in Arizona for a three game set and go home to play three against San Francisco followed by three against the Evil Dodgers before finishing the season in St. Louis against the Cardinals. My guess is that the should take two of three or sweep the Diamondbacks, split their series against the Giants and probably sweep the Evil Dodgers even though right now I would prefer that the Dodgers sweep them. I guess I am like Winston Churchill in saying that he would become an ally of the Devil if the Devil was against Hitler. The final three games against the Cardinals could spoil the hopes of the Rockies because I think that the Cardinals have far too much organizational pride to go down easy. As a result I think that the Rockies go 7 of 12 to end the season.  The Padres have struggled of late and I think this will continue.  The Friars play the Evil Dodgers and I think that this series is a tossup with the Dodgers possibly taking 2 of 3 games. They then go home to face the Reds and I think that the Big Red Machine will take 2 of 3 at Petco Park. The Padres then play against the Cubs who just might take 1 of 3 from the Padres. The Padres finish their season against the Giants in PacBell Park and I think that the Giants take 2 of 3 at home.  As a result I think that the Padres go 5 of 12 to end the season.  The Giants face the Cubs for a three game set which they should sweep or take 2 of 3. They then go against the Rockies where I think they will go 1 and 2. The then face the Diamondbacks and I believe that they go 2 of 3 against them before ending the season in San Francisco against the Padres where they take 2 of 3. T believe that the Giants go 7 of 12 and take the West by 1 and a half games above the Rockies with the Padres fading to third two and a half games back.

My prediction is that the Giants take the west by a game and a half over the Rockies with the Padres fading back to third.  Despite this the division could go to any of the three teams as none have any margin for error and it is likely that the team that remains hot will win the division. My prediction which is primarily based on how the teams are doing right now coupled with their schedule is that the Giants will win, but I could be wrong on this as a grounder with eyes, a bloop single or a booted ground ball could be the difference in a critical game that could decide the race. Id the Braves falter I believe that whatever team finished second in the NL West will be the Wild Card in the NL. I do not think this will happen based on the schedules but stranger things have happened.

Now here are my predictions:

We’ll see if I am as good as I was last year, but wait I didn’t start making predictions until the playoffs last year. Even if I’m wrong about these I can redeem myself by doing what I did last year in the playoffs and World Series.