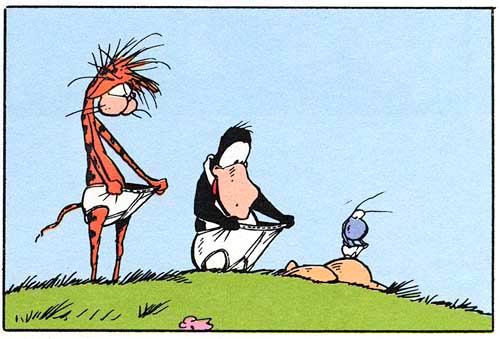 Last night my friends I violated “Shafer’s Law” which is “let’s not do dumb things.” The etymology of term goes back to my Commanding Officer while I was the Brigade Adjutant at the Academy of Health Sciences back in 1988.  Wow, that is a long time ago. Any my Brigade Commander was a good man and a man who was a common sense leader who cared for his troops. His motto was “let’s not do dumb things.” Unfortunately two months before he was to complete his command tour he with all the other senior officers on the base he attended a banquet in honor of some Chinese Generals touring the school.  I won’t go into details but he was relieved of command for an unfortunate incident where he violated his own motto, he did a very dumb thing. I leave it at that because he was a good man and cared for his troops and was human and made a grievous mistake which ended his career.

Anyway I digress but I did a dumb thing. Now there are degrees of dumb as my wife Judy sometimes known as “the Abbess” can tell you. She has witnessed me do many dumb things in our nearly 28 years of marriage and our additional 5 years of courtship and as she is apt to quite correctly say “the male hormone causes brain damage.”

What I did last night was not as dumb as other things that I have done in the past such as leaving the high pressure wand at a car wash on the ground while I put quarters in the little change slot. Of course the high pressure hose and wand got very animated at this point as she sat in our 1984 Buick Skyhawk Station Wagon watching in horror the wand reached up and smacked me square in the forehead knocking me senseless and causing her to have to rush me to the Brooke Army Medical Center ER, the first of several such trips in my tour there for treatment also for dumb things.

I could go on with incident after incident where I did dumb guy things thankfully with no lasting consequences but I know Judy’s response to each event “What the hell were you thinking?”  Of course since there was usually no good answer she would repeat her theory of male responsibility “the male hormone causes brain damage.” Of course she is correct we even see the theory demonstrated in the story of Adam and Eve when Adam who God presumed would know better than to take the apple from his voluptuous red-headed trophy wife Eve and instead took the apple, ate it and upon becoming too smart too fast, for it was the Tree of the Knowledge of Good and Evil from which it was plucked then said something like “oh shit we’re in trouble we better get dressed.” Since we all know that the Bible is true the theory must be correct.

Well last night I did a dumb thing. I had purchased some pre-sliced cantaloupe at a local grocery chain a couple of days back as I am endeavoring to lead a more healthy life.  I must add that of itself this is not a dumb thing and with my healthy diet I am losing weight and feeling great, except last night and this morning. You see I bought the cantaloupe when it was on sale, just before the no-sale date. Unfortunately I waited a day or two too long to consume the still tasty looking fruit. I took it out of the fridge after my dinner of two low fat turkey sandwiches on low-carb whole wheat and oat Pita bread covered in lettuce, Roma tomatoes and sliced Pepperonici peppers.  Yes it was a very healthy meal indeed. Heck I didn’t even slather this healthy delight in mayonnaise. I took the cantaloupe and lovingly opened it disregarding the label which said that it was dead two days before. It didn’t look too bad and it didn’t smell bad and I didn’t see any mold or anything on it so I consumed it. It didn’t taste as near as good as it looked and by early morning I was depositing it at the great white throne in my bathroom. I felt horrible and to call in sick to work as my bowels remained in a state of agitation for much of the rest of the day.  I feel better now but have received little sympathy nor should I if  prepared cantaloupe is past the expiration date you don’t eat it and I shouldn’t have, I should have eaten more Cheez-its.  Again I have done a dumb guy thing and again, although Judy didn’t say it the male hormone must cause brain damage.

Speaking of dumb guy things, with the exception of the former Speaker of the House Nancy Pelosi much of our current political and economic mess is caused by guys doing dumb guy things, only on a majorly huge scale. Things that I might say that most have them and their predecessors have been doing for decades, now we are in a real live crisis where we need to do something and neither side in the political debate wants to find real answers. One side just wants to avoid making hard decisions, the other wants to make those decisions and drive home their political philosophy as the law of the land at the same time.   Both are fiddling while Rome burns and since the vast majority of these people are of the male species I have to say that they are engaging in dumb guy things. Hell it’s like watching a bunch of high school bullies and wimps playing dodge ball in gym class. Of course it is the Tea Party that are the bullies and the moderate Republicans and liberal Democrats that are the wimps. Obviously the Tea Party even it’s female leaders like Michelle Bachmann are loaded with much more testosterone than their opponents. It’s embarrassing and no matter what happens even if they somehow avoid a government shutdown for now I expect more of the same from the whole lot and since the country seems to have lost its mind in the process cheering on their favorite dumb guys I expect it to continue.

As Judy so appropriately says “the male hormone causes brain damage.” Who can argue against that?