The Totality of Easter 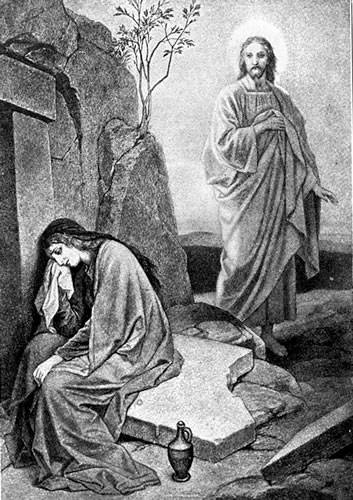 “Easter is rightly understood only if the burden and strain of Good Friday are not forgotten.”  Hans Kung

The disciples of Jesus had abandoned him. It was a Roman Centurion that recognized at Jesus’ death It took a distant disciple, a man named Joseph of Arimathea to take responsibility for the body of Jesus as his close disciples fled the scene of his arrest, trial and crucifixion. It was women who first discovered his body missing and women who Jesus first revealed himself.

The disciples were traumatized. They had spent three years with Jesus and his death on Good Friday had to be shattering. They had lost their leader, teacher and friend. They were not exactly believing in the resurrection that first Easter and they met the initial reports with doubt. That is why Easter and the resurrection can only be rightly understood if we really appreciate the depths of despair felt by the disciples on that terrible Friday.

I think that is hard for most of us in the United States and Western Europe to comprehend. We are the product of 2000 years of Christendom.  We are the products of Imperial and triumphalist Christianity. Our understanding of persecution is minimal for the most part and we cannot comprehend the totality of the loss experienced by the disciples until we endure our own Good Friday experience of suffering, pain, loss and abandonment or as it is correctly understood as being Godforsaken.

Yet the disciples came to believe and proclaimed a message that put them at risk among their own people. That message would shake the world within a few generations. But the disciples really had no idea just how much things would change in such a short period of time. I’m sure that they could not imagine the Church being used as an instrument of partisan politics or for that matter dominating the politics of the Ancient Rome or the modern United States.  I’m sure that they could not imagine being political sycophants who gladly support those that oppress their brothers and sisters in less desirable nations or neighborhoods.

They understood the Gospel from the point of view of the downtrodden and powerless. The did not run multi-million dollar corporations or attempt to influence the affairs of the leaders of nations. That didn’t happen until after the persecution was over after Constantine.

The simplicity of the message of Jesus who so wonderfully summed up the Law into two commandments, love God and love your neighbor seems to be a quaint idea to our Western Imperial Church.  The message proclaimed by Jesus when he opened his public ministry (Luke 4:18-19) “The Spirit of the Lord is upon me, because he has anointed me to bring good news to the poor. He has sent me to proclaim release to the captives and recovery of sight to the blind, to let the oppressed go free, to proclaim the year of the Lord’s favor.”  seems hopelessly out of date for the Imperial Church, its pampered leaders and their rich and powerful benefactors.  It seems lost in the milieu of the cult of “Christian” celebrity, riches and political power which surrounds us.

German Pastor and Martyr Dietrich Bonhoeffer who saw the Church of his day fall into the cult of Hitler worship said:

You see the message of Easter is not understood without Good Friday or the hopelessness experienced by the disciples that day, nor is it understood apart from the words and teaching of Jesus himself.

The Lord is Risen…