The Blatant Power Grab of Trump the Authoritarian 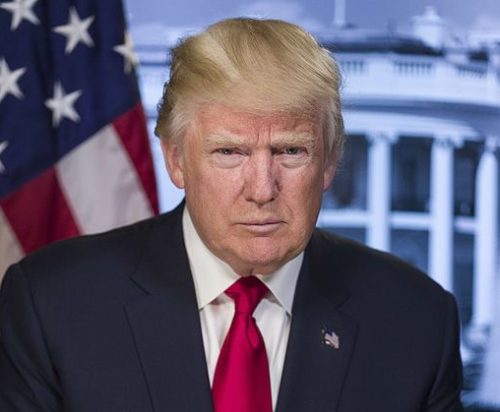 The meaning of President Trump’s firing of FBI Director James Comey is rapidly becoming apparent to all but the most ideologically blinded Trump partisan. In response to a growing investigation by the FBI that he could not control, the President opted to go nuclear in a sense by removing Comey who coincidently had just days before requested more money in order to expand the investigation of Russian interference in the American elections and by necessity investigate all the members of Trump’s inner circle with Moscow connections. The idea that Comey’s investigation was closing in on Trump and his inner circle ands that Comey, despite undermining the campaign of Hillary Clinton had no personal loyalty to Trump sent shivers through the spine of Trump and his aides and caused Trump to rage against Comey in the days leading up to the firing.

Trump’s ham-fisted attempt to play this off as his response to reports from the Justice Department have already been proven to be lies. But Trump does not seem to really care. He knows that he never had a mandate from a majority of the American people and that his popularity is the lowest of any president at this point in their administration. Instead of trying to do the things that would help him gain a mandate and the approval of the voters he is moving into the realm of the authoritarian who must seize the instruments of state power, especially national policing agencies like the Justice Department, the FBI, and the Department Homeland Security by removing potential adversaries in them and filling them with loyalists. But Rump does not care how bad this looks, because he does not care. Russian chess master and dissident Gary Kasparov noted yesterday:

As if to emphasize how little he cares about optics, Trump followed up the Comey firing by meeting with the Russian foreign minister and ambassador at the White House the very next day. American media was blocked from attending, but Russian photographers were there to capture the three men’s beaming smiles. Trump looked in his element, no doubt boasting about flexing his power the way Putin might.

I’m sure they have much else to talk about. Trump would love to turn the FBI into a personal security and intelligence force to use against his enemies, the way Putin uses the FSB in Russia and abroad.

The good thing is that Trump has the attention span of a gnat and the intellectual curiously of a sloth when it comes to understanding and working within the Constitutional system of the United States. This has meant that he has left many presidentially appointed positions throughout the Federal Government unfilled. Call it laziness or incompetence, it does not help him and hopefully will undermine his efforts to wrest even more power in order to protect and enrich himself and his allies.

Even so, for an authoritarian the most important agencies to control are those which control law enforcement, not even the military, for the military is of little use in domestic politics, but police agencies are of great value. This is why Hitler focused his efforts on controlling the state security apparatus of the Interior Ministry, the Prussian Interior Ministry, and the Police, especially the Secret Police when he took power. It is the same reason that Stalin relied of the predecessor of the KGB, the NKVD as the instrument of his Communist Party and military purges, his campaigns of starvation in the Ukraine and Belarus, and ethnic cleansing throughout the various Soviets.

For a paranoid authoritarian leader who views any opposition as a potential threat and any opponent an enemy, the instruments of state security are the most important. To do this he, like all authoritarians must cultivate chaos and present themselves as the only solution to maintain order emphasizing the supposedly exceptional nature of the times. This is seen in the President’s flood of executive orders in which he tells Federal agencies exactly what laws he wants enforced and those that he does not.

We have not seen the end of President Trump’s attempts to gain more power though extraordinary means and to eliminate opposition to his policies within the government. As he feels more threatened expect this trend to accelerate. If he cannot get what he wants expect him to leave a path of destruction in his wake, that is the way of the authoritarian. Our watchword must be vigilance, and those who occupy positions within the bureaucracy must uphold their duties to the Constitution and the country over their political affiliation, and this is doubly true for the Republican members of Congress who will either roll over and surrender their constitutional obligations to allow Trump more power, or must stand on principle for the Constitution if the Republic is to survive. Many people are afraid and adopting the cynicism and attitude of inevitability necessary for Trump the authoritarian to succeed. Timothy Snyder righty noted:

“For us, the lesson is that our natural fear and grief must not enable the destruction of our institutions. Courage does not mean not fearing, or not grieving. It does mean recognizing and resisting terror management right away, from the moment of the attack, precisely when it seems most difficult to do so.”

Those serving in the military during times like these also need to remember and heed the words of General Ludwig Beck who resigned his office rather than to lead an attack on Czechoslovakia, and who would die in the attempt to overthrow Hitler in 1944:

Likewise Congress and law enforcement must investigate because it is their duty under the Constitution. Kasparov noted:

If the rule of law and the separation of powers are to mean anything in the U.S., an independent investigation into Trump’s Russia ties and his finances is more critical now than ever. It won’t be easy, but it’s only going to get harder. Trump will keep finding new ways to accrue power — and he won’t care at all how bad it looks:

2 responses to “The Blatant Power Grab of Trump the Authoritarian”