A Heap Of Swords Piled as Delicately as Jackstraws: One Cannot Be Pulled Out Without Moving the Others: The Middle East 2019

I have been watching the events unfolding in Saudi Arabia and the Middle East with a fair amount of apprehension. Seldom has a region been so similar to Barbara Tuchman’s words in her epic work The Guns Of August:

Europe was a heap of swords piled as delicately as jackstraws; one could not be pulled out without moving the others.

Armed to the teeth the militaries of Iran, Saudi Arabia, the Gulf States, Israel, vast numbers of powerful Sunni and Shia militias: the Islamic State, Hezbollah, Houthi, and so many more, scattered from Yemen, to Lebanon, Iraq, Gaza, and Syria, not to mention the vast power of the United States, its now somewhat recalcitrant allies, as well as elements of Russian, Turkish, and even Chinese military power prowl the region on the land, sea and air.

Ancient hatreds and rivalries, Sunni versus Shia, Persian versus Arab, Muslim versus Christian, Jew versus Muslim, Turk versus Arab, and even Christian versus Jew. Ancient hatreds that go beyond mere religious quarrels; not to say that wars of religion have been some of the most bloody and malevolent in history.

These ancient hatreds and rivalries have been aided directly by the United States and Europe following the World Wars. The Sykes-Picot Agreement, the triumph of the British Indian Office over the British Foreign Ministry which allowed the House Of Saud to conquer most of the Arabian Peninsula and drive out the House Of Faisal Hussein which were relegated to Jordan and Iraq after helping the British defeat the Ottoman Turks in the Middle East. 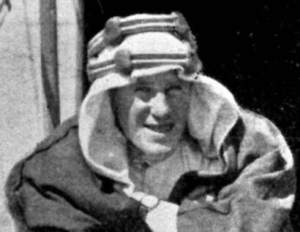 T.E. Lawrence wrote during the early phases of the British occupation of Mesopotamia (Iraq) less than two years after the war:

Lawrence’s words could be applied to the United States since 1990 and thereafter, especially beginning in 2003 during the invasion and occupation of Iraq. Now we have a President threatening to go to war by Tweet with Iran at the behest and on the word of his Saudi business partner without consulting Congress. At least the administration’s Of George H. W. Bush and Bill Clinton worked within the confines of the United Nations and Congressional authorizations before committing the military in Harm’s way. Even George W. Bush when rebuffed by the U.N. in Iraq, got Congressional authorization for his actions, but we now have a President threatening a major war that could result in catastrophic harm to the world, including the men and women of the U.S. Military, by tweet.

Please don’t get me wrong. I no longer trust the words of any of the players involved, including the Iranians, Saudis, Israelis, Turks, Russians, and everyone else involved, and yes, even the Trump administration. What is scary is that many of Trump’s most ardent supporters are all in favor or bringing on the apocalypse.

I fear that war is coming, and there are too many players with swords in the pile to avoid it. Including an impulsive, unstable, habitual liar. Even if he doesn’t want war he may well lead us into it. Let the reader understand.