‘Allo, ‘Allo! A Comedy Worth The Laugh,

Judy and I have been binge watching the BBC comedy series Allo, Allo! It is currently on Netflix and originally aired from 1982-1992. If you like comedy that makes fun of the Nazis like Hogan’s Heroes did, this might be your glass of cognac.

The series is set in a French Cafe Bar In German occupied France. The bar owner played by the late Gordon Kaye is working with the French resistance. The town Commandant played by Richard Marner and assisted by Captain Geering and Lieutenant Gruber, played by Sam Kelly and Guy Siner find themselves beholden to the resistance because of their incompetence and greed.

I am only about halfway into the second season, but if you need something to give you a laugh at the expense of Nazis, this might be a show for you.

I am tired and have an early meaning tomorrow followed by setting up what I need to accomplish for my required retirement physical, after which I will sift through another hundred or so of the emails and other tasks I need to do before dropping off a resume with another local university that does a lot with veterans and hopefully get home in time for Judy to be able to drop me off to watch Bayern Munich play Liverpool in the UEAFA Champions League Round Of 16 game before she heads off to do ceramics with her friends. 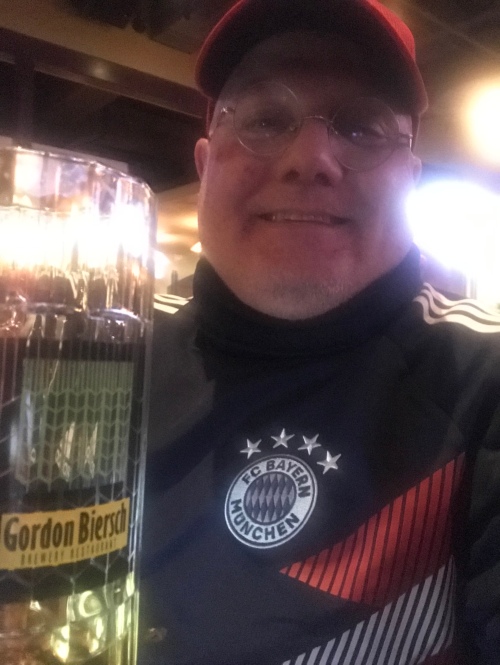 So until tomorrow, adieu, adieu.