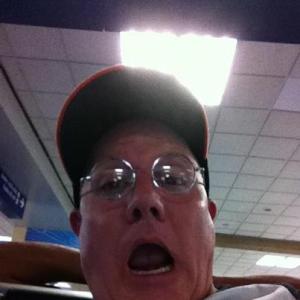 Today Judy and I are leaving for a trip to the Oktoberfest. I love Europe, we have lived in German and travelled in much of Europe and I do look forward to the trip with Judy. In addition to our time in Munich at the Oktoberfest we plan on making side trips to Salzburg and Nuremberg.

Of course we are flying which frankly is neither of our big thrill. I have never been much about flying, though I readily admit that this is a control thing, I would rather be in the cockpit flying the aircraft than sitting back in steerage. To tell the truth I would love to learn to fly and fly classic World War II war birds like the P-51 Mustang or the Messerschmitt Me-109, or maybe the Focke-Wulf FW-190. But then, I do get to drive Judy’s 2013 Mustang a lot, and I will be driving the Autobahnen in Germany when we get there, but I digress….

The fact is that I have always a distinct fear of flying, or rather crashing. Professor Liloman calls the condition High Anxiety, a condition that he treated the world famous psychiatrist Richard H. Thorndyke for at the renowned Institute for the Very Very Nervous. (Note the gratuitous Mel Brooks film reference) This only has gotten worse with age. Not that I don’t know how to keep myself calm, beer at every stop from beginning to end of the flight with a good number of Hail Mary’s thrown in; in German of course because that is where I first learned the prayer.

There is a song about the condition too, appropriately named High Anxiety.

My heart’s afraid to fly – it’s crashed before …

But then you take my hand;  My heart starts to soar once more.

It’s very clear to me I’ve got to give in. High anxiety: you win. 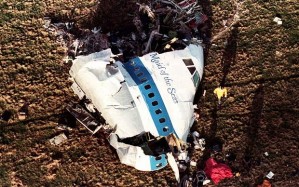 When we returned from our first tour in Germany after Christmas in December 1986 we flew on a Pan Am Boeing 747. It had a beautiful name, I can never forget reading it before we boarded it at Frankfurt, the Maid of the Seas. I mentioned it to Judy before we boarded, and talked about how I wish all airlines named their aircraft. If the name of the airplane rings a bell, just think a bit. In 1988 Libyan terrorists blew up a Pan Am 747 over Lockerbie Scotland. When I saw the wreckage I was stunned to see the name Maid of the Seas on the crumpled wreckage. I have a hard time getting that picture out of my mind. So there is a reason for my gallows humor, I need to take the edge off.

I did make my peace with flying and have done so too many times to count, to far too much of the world, many times on long distance overseas flights to Europe, Asia and the Middle East. I have gotten used to the hassles of flying, especially security, check in lines and lost or damaged luggage. I even managed to get through flying in Iraq, although getting shot at flying out of Ramadi one night in 2007 was quite unnerving. 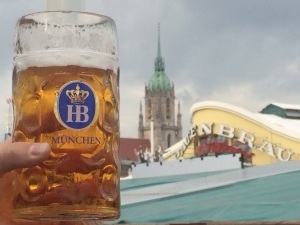 Ever since coming home from Iraq flying has taken on a new old sense of terror. I don’t like it. It is a necessary evil to go places. Personally I would rather take trains or ships if I had the option, but I don’t live in Europe.

Anyway, unless I get a chance to write a short article while in Germany everything that will be posted will have be scheduled before I left home.

The Miracles of Kim Jong Il and the Rise of the Kim Jong Un, the Un-Kim: North Korea in Transition 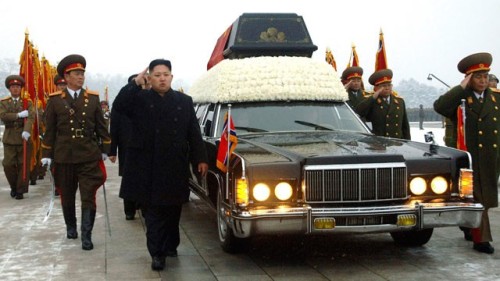 North Korean Dictator until Death Kim Jung Il was able to join his friends Adolf, Joe, Muammar, Osama and Saddam just in time for the annual Christmastime in Hell celebration.  Of course Kim Jong Il was much more of a man than his buddies. According to North Korean State media Kim was the greatest golfer who ever lived and that miraculous signs appeared in the heavens when he was born.  He could walk by three weeks of age and talk by the time he was 8 weeks old and never had to worry about potty-training.  As an adult he is said to have written 1500 books in 3 years and written the greatest operas ever written. That is right North Korean state media at one time reported why the miracle child never had to be potty-trained. According to them Kim never had to take a piss or a crap thus meaning that he didn’t have to be potty trained. That my friends undoubtably puts him at the top of the world’s shit list.

He was incredibly talented man so much so that he is said to have written 1500 books in 3 years and written the greatest operas ever written.  He is also one of the very few people that gained weight in North Korea during his reign miraculously surviving famine by eating only the best fresh lobster flown in daily, prepared by his personal chef and washed down with the best French wines, champagne and Hennessy cognac.  He was also a style icon who influenced countless people to wear sunglasses all over the world.

He was treated as if he were a deity by North Korean state media, which is pretty ironic considering that North Korea is officially an atheist state.  But for a near deity Kim seemed a bit afraid of death, or at least flying.  It seems that if he had the choice he would always travel by train.  There are rumors that the reason he feared flying was due to the book Fear of Flying written by his distant American relative Erica Jong.  Evidently he believed that as Ms Jong wrote “There are no atheists on turbulent airplanes.” Thus as an atheist that believed himself to be a deity he was not able to get on an airplane.

His funeral was today and had all the hallmarks of the great fun had by North Koreans during his 17 year reign.  The thrilling sounds of the Gulags were reproduced as thousands of mourners wailed and even gnashed their teeth along the route travelled by his funeral motorcade.  The 1975 Lincoln Continental that was used as a hearse was a nice touch although Kim violated funeral decorum by riding atop rather than in the armored Lincoln.  It kind of reminded me of Aunt Edna riding atop the Wagon Queen Family Truckster in the original National Lampoon’s Vacation, but I digress….

His successor Kim Jung-Un who is affectionately known as the Un-Kim was prominent at the funeral looking all spiffy in a black overcoat and saluting as smartly any recently appointed 4 Star General would the Un-Kim led the delegation followed by North Korean military officers all planning to see who might undo the Un-Kim in the near future.  Interestingly the Un-Kim’s brothers were not at the funeral of their father, or were at least not shown on the media, perhaps because they were in the process of either fleeing the country or going to a gulag for a vacation.  Evidently the original heir apparent Kim Jong-nam blew his chance of getting the job when he got arrested at Tokyo airport traveling on a Dominican passport under a fake Chinese name with two women in tow.  The other son that had a chance at the job Kim Jong-chul was not considered because according to Fujimori Kim Jong-chul was too “nansy pansy” for the job, too much like a “little girl.”

We don’t know much about the Un-Kim except that he appears to be Asian and apparently speaks fluent Korean. He reportedly went to an English school in Switzerland under a fake name which means that he may also speak English. Fellow students say that he told them while watching Team America that Kim Jong Il was his father, to which a classmate responded “yeah, like Darth Vader is Luke Skywalker’s dad.”  Evidently the Un-Kim loves NBA basketball and during the player’s lockout was quite disappointed that his hero Michael Jordan didn’t execute a few players to make a point and end the strike sooner.

We don’t know if he is quite the prolific writer and connoisseur of food and film as his father but he has been described by Kenji Fujimori, his father’s personal chef as having “superb physical gifts, is a big drinker and never admits defeat.” If this is true the Un-Kim is an physically fit obnoxious drunk which is exactly the kind of leader that a paranoid and starving country armed with nuclear weapons needs.

So anyway with that said let us all raise a glass to the new Dictator Until Death Kim Jong Un and pray that somehow just maybe that his love of the NBA will cause him not to start any wars.  We’ll see how long this lasts…