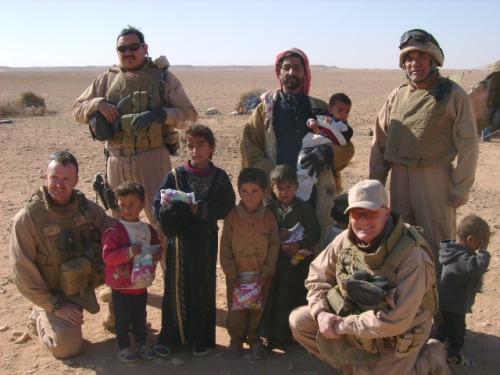 Whenever I read about Iraq I am reminded of how much of my life has been intertwined with that country and people. As I have said on more than one occasion I left my heart in Al Anbar. Back in 2007 and 2008 things were different there. Sunni’s and Shia were at least in the Iraqi military working with Sunni tribesman cooperated with American forces to destroy or drive out the forces of Al Qaida Iraq.

Now the group that formed out of AQI, the Islamic State of Iraq and the Levant ISIL has driven Iraqi government forces from the area. Because of Iraqi Prime Minister Nouri Al Maliki’s determination to exclude and marginalize he Sunnis of Al Anbar who were so important in stabilizing that region after the departure of U.S. Forces that Maliki pushed for those tribes are not resisting ISIL/ISIS or in some cases allying themselves with that group, if only to drive out Maliki, who they, as well as many Shia Iraqis despise.

When I was there I traveled the whole province from Fallujah to the border of Syria and Jordan. With our advisors I was treated with great respect and hospitality by officers of the Iraqi Army, Border forces and civilians of all Iraqi religious sects. General Sabah of the 7th Division who hosted me to dinner and met with me a number of times, General Ali of the Habbinyah base who as we shared Chai tea showed me his well worn Arabic-English Bible which he said he loved because it contained things not in the Koran. He told me that he hoped in 5-10 years that I would be able to come to Iraq as his guest. There was the Iraqi operations officer of 2nd Brigade of 7th Division who told me after dinner that he “wished that the Iraqi Army had Christian priests” because they would take care of the soldiers and families no matter what their religion, and the Army company commander at COP South who told me that Iraqis would gladly defend Iraq against the hated Persians if Iran ever attacked. Then there was the first class of female Iraqi Police recruits, who were putting their lives and their family’s safety in danger by volunteering to serve in Ramadi, I was able to spend time with that group of brave women. Of course there were the common soldiers who when they saw me blessing American HUMMVs with Holy Water before a convoy asked me to do the same for them. Then there were the Bedouin who invited us into their tents and homes and treated us to Chia, coffee, dates and other food. 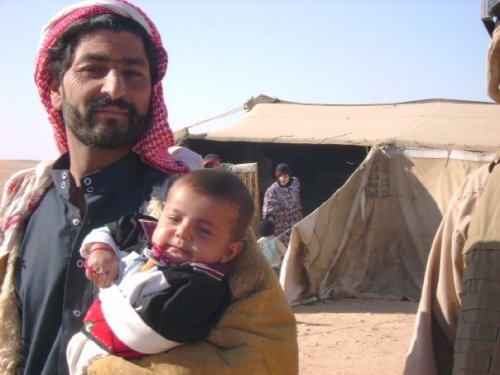 I did see the Sunni Shia division when a Shia staff officer, the Logistics chief of the 2nd Border Brigade at Al Waleed, and a crony of Maliki was accused of selling coalition fuel to insurgents in Al Anbar. I was with our senior advisor and the new Iraqi brigade commander, a Sunni who had served in the old army who had been sent to rid the brigade of those like the logistics officer fired the man. The meeting was one of the most tense I have ever been in, it was like a meeting with a crime family, where weapons were locked and loaded and fingers on the trigger because even the Iraqi commander did not know who was friend or foe. The disgraced logistics officer on finding out I was a Priest tried to curry my favor during the meeting, quite strange and very scary. I still have nightmares and flashbacks about that meeting.

You see for me the current conflict is quite personal, I have known too many good and decent Iraqis who in many respects are not that much different than your average American. However they have had to bear the domination of the Persian, the Turk, the British and the Americans. Have a king appointed for them by a foreign power, borders drawn to fit British and French interests, been ruled by the dictator Saddam Hussein who most admit now was better than Maliki because he was an equal opportunity oppressor determined to maintain a unified Iraqi state. They have also endured over thirty years of war or wartime conditions, including a civil war and now a war that has a good chance of destroying any hope of an unified Iraqi state. For them violence, disruption and for many being refugees or exiles has become a way of life. 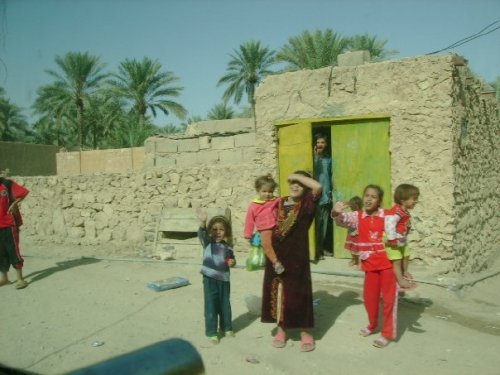 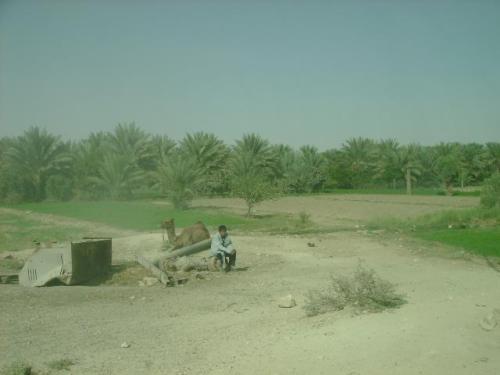 The Iraqis that I know were some of the most kind and hospitable people that I have ever met in my travels around the world. I grieve for what is happening to them and their once proud country. The towns, cities and bases that I served at have almost all been taken over by ISIL/ISIS and their allies. Fallujah, Ta’quadum, Habbinyah, Ramadi, Hit, Haditha, Al Rutba, Rawah, Al Qaim, Al Waleed, Al Turbial and so many others. Syrian and Iranian warplanes are attacking Iraqi towns and cities, including places I have spent time. 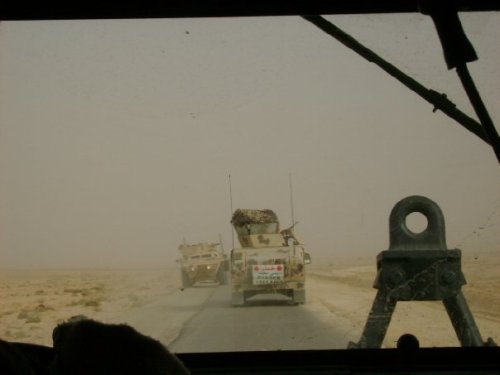 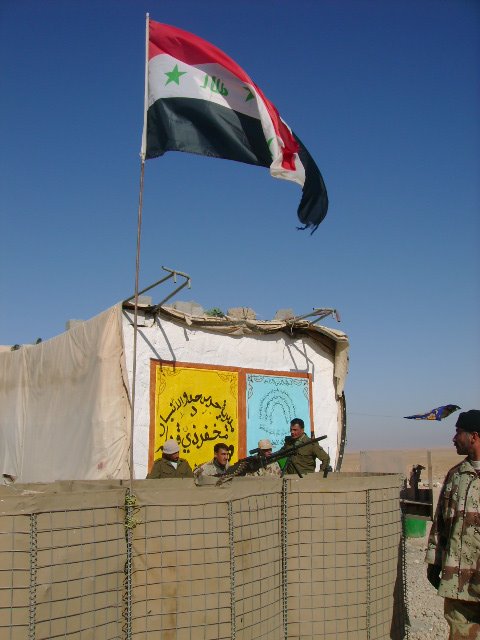 When I left Iraq in 2008 I had hopes that the country might survive, as did many of the Iraqis that I met. I hoped one day to go back and travel to the places that I served, and maybe had the opportunity to see the gracious people that I love again. Maybe in 15 or 20 years there might, God willing be an opportunity. I hope and pray that those I know who were so good to me are safe. Until then I can only pray and hope that for them things will one day be better. 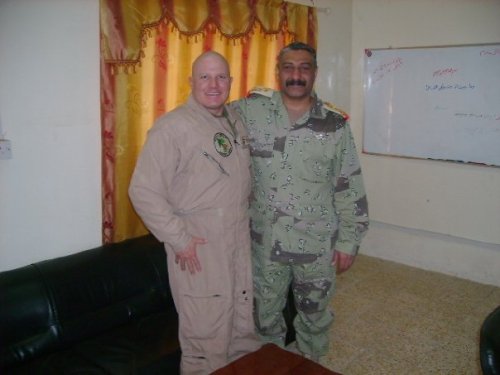 When I think of the Iraq war and its costs I am reminded of the words of Major General Smedley Butler in his book War is a Racket: “What is the cost of war?…this bill renders a horrible accounting. Newly placed gravestones. Mangled bodies. Shattered minds. Broken hearts and homes. Economic instability. Depression and all of its attendant miseries. Back -breaking taxation for generations and generations. For a great many years as a soldier I had a suspicion that war was a racket; not only until I retired to civilian life did I fully realize it….” 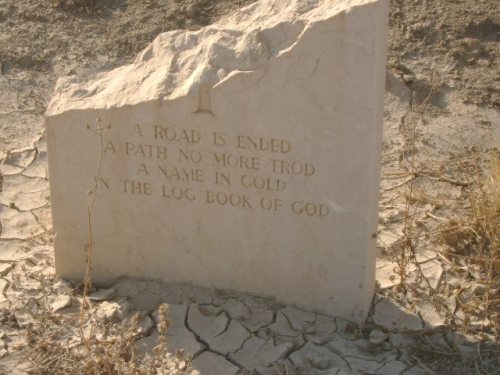 For the Iraqis and us the cost will be with us for at least a generation. But I do always hope and pray that things will be better.

Contemplating the Past, Present and Future: The Third Anniversary of Leaving Iraq

“It is well that war is so terrible, or we should get too fond of it.” Robert E. Lee

I began my flight home from the Middle East three years ago today. Three years ago I could not imagine what has transpired in my life since neither my return nor the situation that we see developing in Egypt.  It has been three years but it feels longer.  I have recounted my PTSD and psychological collapse as well as my crisis of faith which for nearly two years left me a practical agnostic numerous times so I will not say much about them in this article except to say while I still suffer from the effects of both I am doing better and faith has returned.

The war in Iraq changed me. I saw the suffering of the people of Iraq that the conservative media to which I had been wedded for years ignored or distorted.

Likewise when I came home to the nastiness of the 2008 Presidential Election I was unprepared for it. To see my countrymen tearing each other apart with increasingly violent rhetoric as well as the militancy of some was deeply unsettling and was a part of my collapse because I felt like my country was plunging into the abyss of hatred. 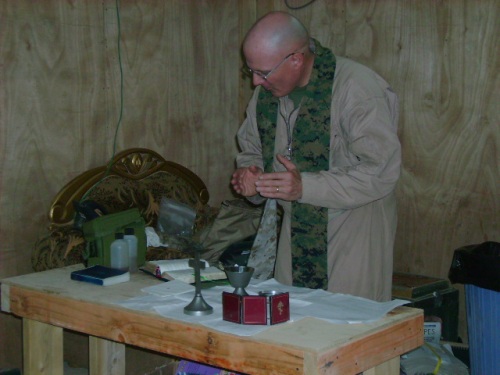 Since I have seen the tragic and long lasting effects of the unbridled hatred among former friends and neighbors in the Balkans as well as Iraq I know that anything is possible when we make the subtle shift from viewing fellow Americans as political opponents to mortal enemies to whom we equate every vice and evil.  What has happened to us?  Last night I responded to a dear family friend who has kept sending me e-mails of such intense anger and even hatred regarding those that he believes are destroying the country. I had to tell him that I could no longer go to those places and told him things that I have experienced after Iraq. He is older and both he and his wife have been sick and are isolated.  They are good people but I have not heard back from him. 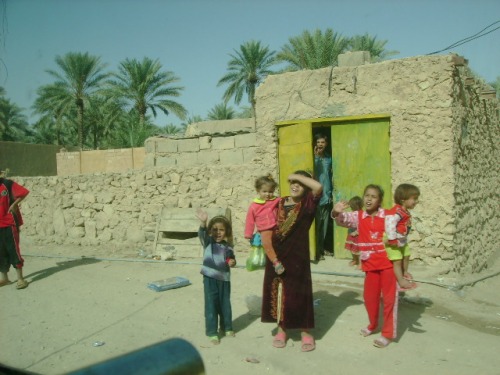 Likewise the sense of abandonment I felt from my former church as well as many clergy and chaplains did nothing to help my faith. For the first time I realized how deeply that I needed other Christians and for the most part few were there for me, my brokenness made me radioactive to many.  As Dietrich Bonhoeffer said “Many people are looking for an ear that will listen. They do not find it among Christians, because these Christians are talking where they should be listening.” 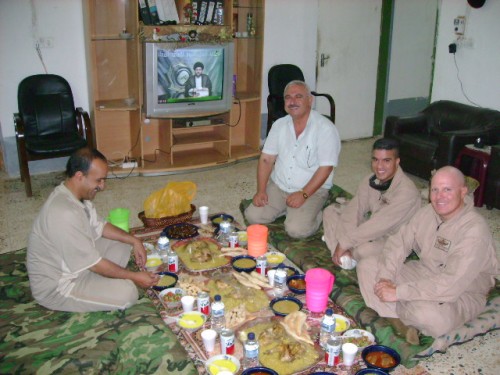 Despite this healing came but also change which I think actually has been good for me and for the ministry that I am called to as a Priest and Chaplain.  While healing has begun I am cognizant of my own wounds and how they affect how I deal with life and others. I pray that they have made me a better vessel of the grace of God and his love. 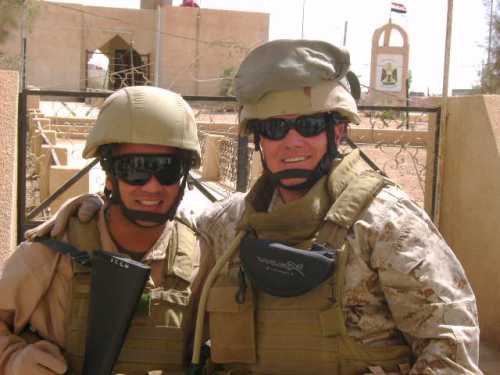 Tonight I am somewhat contemplative. I have turned off the news and I am watching a movie called Lost Command starring Anthony Quinn.  It is an adaptation of Jean Larteguy’s novel The Centurions which is about the French Paratroops in Indo-China and Algeria.  These were men who after surviving Viet Minh prison camps after the fall of Dien Bien Phu were almost immediately redeployed to fight the insurgency in Algeria, sometimes against former Algerian comrades who were now part of the Algerian independence movement. Algeria was brutal and though the French had militarily defeated the insurgency they still lost the war, and for many soldiers part of their souls which were sacrificed for their country. 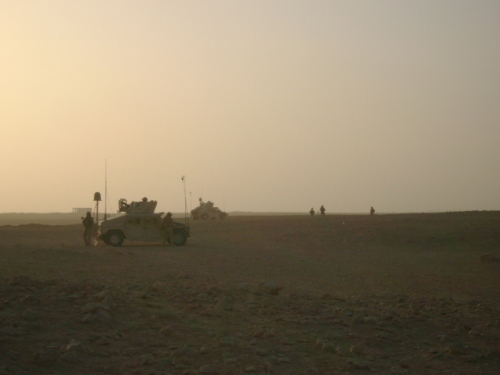 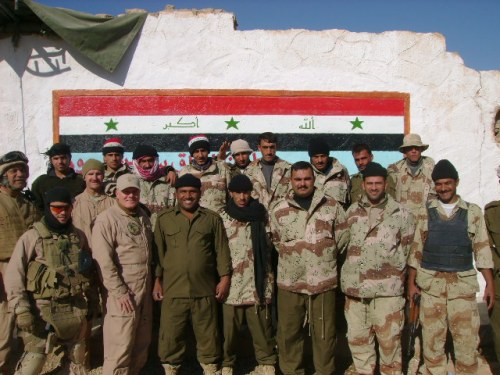 It has been three years since I stepped on the aircraft to come home and in some ways miss Iraq and my friends American and Iraqi. I watch as that nation and its people struggle.  I watch the continuing war in Afghanistan and emerging danger in Egypt and much of the Arab world I wonder what further sacrifices our Marines, Soldiers, Sailors and Airmen will have to make if the chaos spreads and if the violence will again come to our shores.  I wonder if our politicians from both parties will support us or abandon us even as we fight. 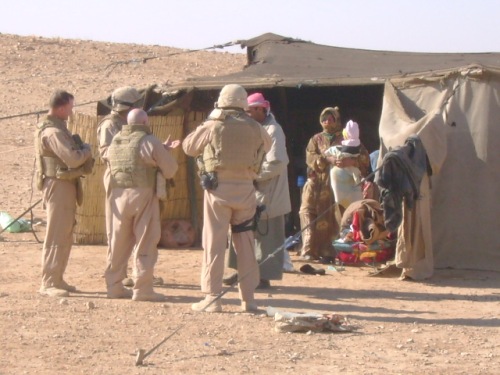 I remember my time in Iraq well. I can see the faces of my friends; remember the hospitality of the advisors that I spent my time with and the friendship of Iraqi Officers.  Sometimes the memories seem so real especially when I look into the eyes of those that served in Iraq. Fallujah, Ta-Qaddum, Habbinyah, Al Asad, Al Waleed, Al Qaim, Korean Village, Ramadi and its various neighborhoods, Hit, Baghdadi, COP North and COP South and what seems like a hundred more locations in Al Anbar Province from villages to small outposts.

I remember thousands of miles in helicopters, C-130s and in convoys, the smell of Jet Fuel, Diesel and hydraulic fluid which always seemed to find me in any helicopter I rode in.   I hear the helicopters fly overhead, some even tonight. I close my eyes and it feels like I am in Iraq again.

I am somewhat melancholy tonight, that war is never far away and unfortunately there are more to come.  But tomorrow is another day.