Giants Sweep Red’s in the River City: On to NLCS 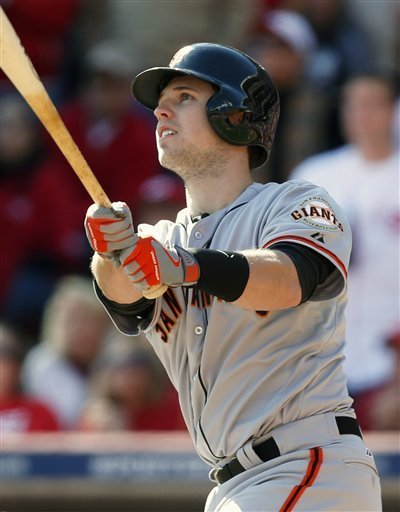 Bruce Botchy’s San Francisco Giants appeared to be done. Their bats were lifeless and the Dusty Baker’s Cincinnati Reds looked like they would easily defeat the NL West Champion Giants as they went back to Cincinnati following their 9-0 drubbing of the Giants in San Francisco. But as the Giants have showed all season, the the going gets tough, the Giants get going and did so in a never been done before way. 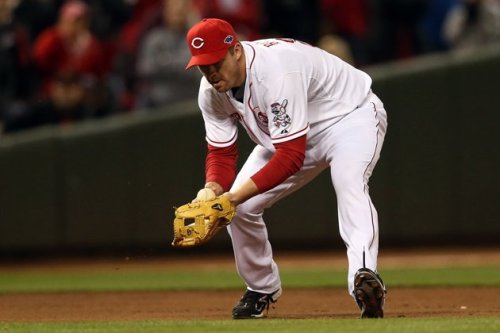 The Giants were the first team in the history of baseball in a 5 game series to lose the first two games at home and then win the remaining three games on the road. It was a remarkable feat made even more impressive by the dominance of the Reds pitching and slugging at the Great American Ballpark in the regular season. 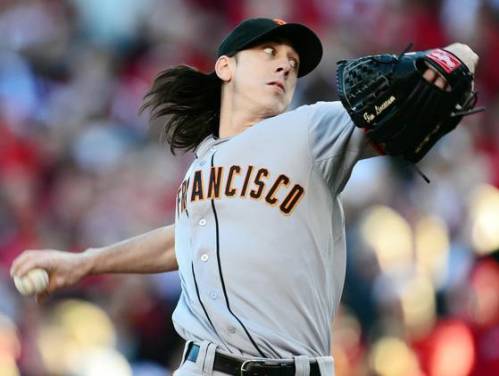 In game three the Giants faced Homer Bailey who had thrown a no hitter in the final week of the season. Bailey was still hot. He went 7 innings and struck out ten Giants and allowing just one hit. However the Giants eeked out a run in the top of the third inning when Angel Pagan hit a sacrifice fly to score Gregor Blanco who had gotten on board after being hit by a pitch to lead off the inning. The score remained tied at one into the top of the 10th inning. Giants catcher Buster Posey led off with a single and advanced to second base on a single by Hunter Pence. Then reliever Jonathan Broxton struck out Brandon Belt and Xavier Nady. Joaquin Arias then hit a grounder to Gold Glove third baseman Scott Rolen, Rolen bobbled the ball and Arias beat the throw to first as Posey running on the pitch scored the go ahead run. Giants’ closer Sergio Romo downed the Reds in order in the bottom half of the inning to secure the win. 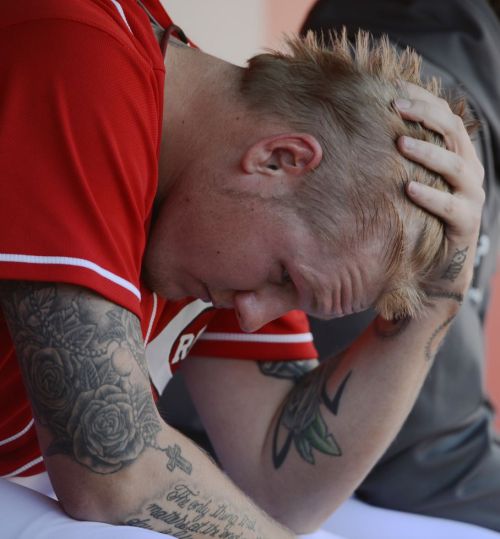 On Wednesday the Giants got out to an early 3-1 lead but starter Barry Zito began to have control problems and gave up a lead off home run to Ryan Ludwig and with two outs in the bottom of the third inning Botchy pulled Zito for George Kontos. Kontos stayed in the game until the 4th inning when he gave up a one out single to Zach Cozart. Botchy brought in Jose Mijares to face Reds slugger Joey Votto who he struck out. This gave Botchy the chance to double switch bringing Joaquin Arias to shortstop and bring in former starter and two time Cy Young award winner Tim Lincecum into the game. Lincecum pitched 4.1 innings giving up a run on one hit while striking out six Reds. While Lincecum shut down the Reds the Giants bats erupted for 2 runs in the top of the 5th inning and 3 more in the top of the 7th. Santiago Casilla came on in the 9th to finish the game and pull the Giants even in the series and send the series into the deciding game 5.

Today the Giants starter Matt Cain and Reds starter Matt Latos had a pitcher’s duel going through the first 4 innings, then things fell apart for Latos and the Reds. Gregor Blanco singled and scored when Brandon Crawford tripled. Crawford scored when Zack Cozart committed an error on a ground ball hit by Joaquin Arias. Latos then walked Marco Scutero and gave up a single to Pablo Sandoval. With the bases loaded Buster Posey homered to deep left center to make the score 6-0. That would be enough. The Reds scored 2 runs in the bottom of the 5th and a run in the bottom of the 6th to make the score 6-3. Botchy used 5 relievers in the final three innings and the Reds threatened but were not able to score again.

The Giants had done what no one thought was possible. They had won three on the road against the Reds, and their offense which had been dormant in San Francisco plated 14 runs in the final two games of the series. In games one and two the Reds had done everything right but after the error by Rolen in game three nothing seemed to go right and the Big Red Machine broke down. 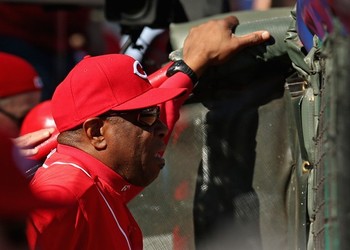 The loss of the series was another disappointment for Reds manager Dusty Baker who having suffered through a mini-stroke in the final week of the season and had come back to manage following several days in hospital. Baker who was the manager of the Giants in 2002 lost in the World Series when his team was leading the series against the Angels and in 2003 now managing the Chicago Cubs got to the NLCS against the Florida Marlins. The Cubs led the series 3 games to 2 and had a 3-0 lead going into the top of the 8th inning. That inning was a nightmare. With a runner on second and one out  Luis Castillo hit a foul ball to left field. The ball drifted into the first row of the stands and into the outstretched hand of Cub fan Steve Bartman. The Cubs plead for a call of fan interference but that was denied. The rest is history, a critical error and some clutch hitting by the Marlins gave them an 8-3 lead and the win. The Cubs lost game seven and Baker was stung by much criticism for the Cubs loss. 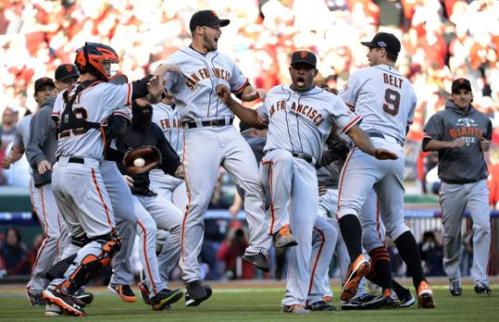 The Giants who had battled injuries, a suspension of their leading hitter for the use of Performance Enhancing Drugs and pitching that was not what it has been the past couple of years proved to be the gritty and tough team that won the NL West. They will move on the face the winner of the NLDS series between the Cardinals and Nationals which the Nationals forced into game five when Jason Werth hit a walk off home run in the bottom of the 9th inning at National’s Field this afternoon.