Tax Time again…How close can I cut it to the Deadline? 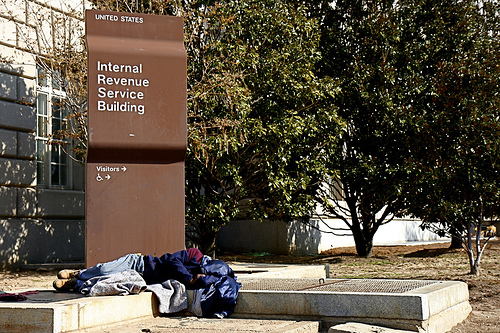 A satisfied taxpayer outside the IRS Building in Washington DC

“When we played, World Series checks meant something.  Now all they do is screw up your taxes.” ~Don Drysdale

As usual I am procrastinating on my tax return until the last minute, got it in with a couple of hours to spare thanks to H&R Block Tax Cut 2009 which unlike last year I purchased online versus picking it up at Wal-Mart. I would have picked it up at the Norfolk Navy Exchange yesterday but they didn’t have the version that I needed.  I’ve pretty much done my rough draft and thankfully we got some of our annual contribution to the Federal Government back.

Taxes have always made me nervous.  I remember when I was a poor college student making almost nothing having to pay what was then the astronomical sum of $250. This was because my employer did not withhold anything since I made almost nothing, however nothing can add up to something if you don’t have anything withheld.  Being young and stupid about tax codes this came as a surprise to me.  I was a college student working more than one job to make ends meet and not on any scholarships so $250 was painful, especially back when the minimum wage was about $3 an hour.  Even now I find that laughable amount to be frightening and thus I am very cautious about taxes.

I remember my parents always going to this old tax accountant in our town to get their taxes done every year.  I went with either mom or dad one year, probably around February of my 9th grade year.  It was a typical cold, foggy and dank California Central Valley day.  The guy’s office was in a drab, cube shaped brick building which had burglar bars on the windows.  The place looked like a jail.  The guy looked equally drab with “coke bottle” glasses, and I couldn’t imagine anyone actually working in such an oppressive environment.  He looked like a Troll. But year after year my parents would trudge down to this guy’s office to have their taxes done.  Of course this was way before the Internet and programs like Tax Cut or Turbo Tax were not even imagined.  I think it was seeing how depressing the tax accountant’s life was put the fear of God in me.  I never wanted to live like that, trudging down to the Troll’s office every year so I probably over-react even now.  I have done my own taxes for years even before the computer based programs simply because I don’t want to pay the Troll to do them.  If there are Trolls out there reading this no offense intended, I sure that you do a great job and know that God loves you too.

I have been to Washington DC quite a few times and on a number of occasions seen the IRS building.  This building too is depressing to look at.  I cannot imagine having to work there.

Even though I wait until almost the last minute to file my tax return and end up frantically digging through my files, gift receipts and other documents to ensure that I file an accurate return and not end up in jail I now find the process somewhat exhilarating to see just how close I can get to the deadline before filing.  Call me a thrill seeker.  Doing things this way probably means that I will never get the full credit that I am do, but what can I say?  Instead of just blaming it on my parent’s tax accountant I can also use the stress of PTSD to explain my procrastination as well as the need for excitement as an excuse to wait.  Excuses can be fun huh? 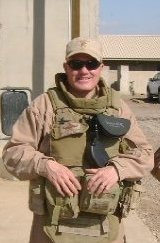 Giving to Caesar so Caesar can pay Me

So anyway without further adieu I need to go do some taxes and give to Caesar what is Caesar’s so Caesar can continue to pay this Centurion a living wage.

Pray for me a sinner.

Tagged as april 15th, give to caesar what is caesar's, income tax, irs, taxes