The Change in Baltimore Begins….Now 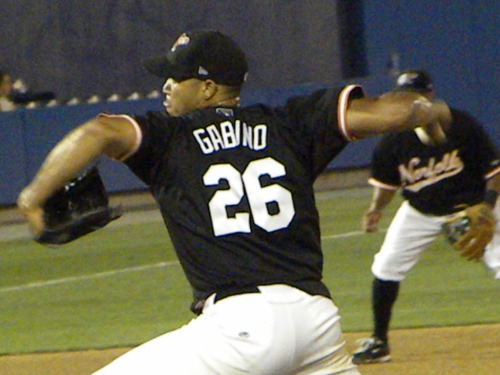 This is my first post season Orioles and Tides report, it is short but as you can see the Orioles are wasting no time in getting ready for the 2011 campaign following one of the most remarkable turnarounds in baseball history.  The final day of the season the O’s called up pitcher’s Armando Gabino, Kam Mickolio and Frank Mata as well as first baseman Rhyne Hughes not to report. All are on the O’s 40 man roster. 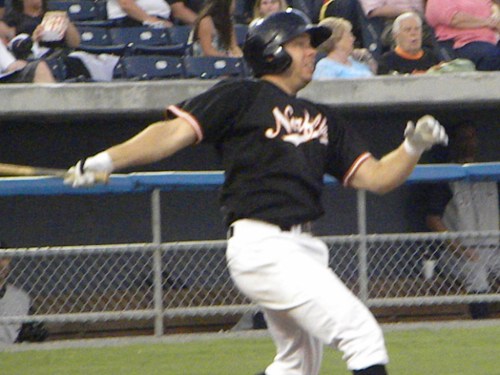 Gabino was the treasure of the Tides this year where he went 7-0 in spot starts and pitched well throughout the season as a starter and reliever with a 2.37 ERA. But in Baltimore he was rung up hard in 5 appearances.  Mickolio started the season in Baltimore but only made 3 appearances.  In 23 Major League appearances over the last 3 years he is 0-3 with a 4.32 ERA.  He was injury prone and went down to Norfolk. He seemed to struggle with his confidence much of the season. However the 6’ 9” right-hander was throwing hard in the 95-98 MPH range and having more good outings than bad toward the end of the season.  He finished with a 4-3 record and 6.37 ERA after a horrible start.  One place where he excelled was strikeouts where in 35.1 innings he had 48 K’s. 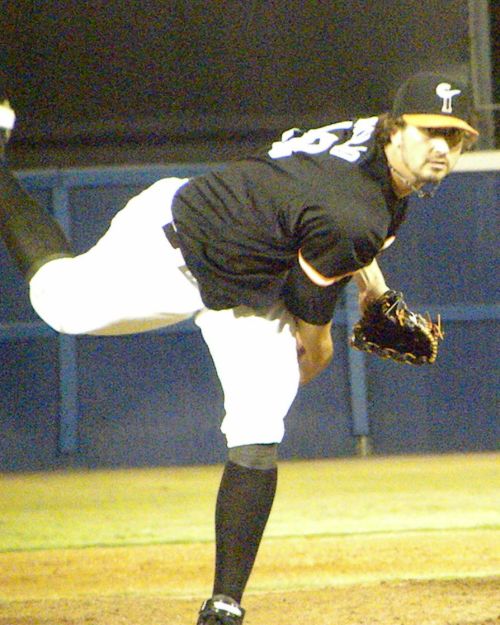 Mata was up and down during the year but he generally has good stuff although he was not very effective in 15 games having a 7.79 ERA in the Majors. At Norfolk Mata finished with a 5-3 record and 3.16 ERA. Finally Rhyne Hughes who was acquired from the Rays organization at the end of 2009 was called up. He went to the Orioles where he appeared in 14 games and hit .213. He struggled at the plate in Norfolk much of the year and was platooned at first base and designated hitter with Brandon Snyder and Michael Aubrey. At Norfolk Hughes played in 104 games and hit .258 getting better as the season progressed. He had 10 home runs and 39 RBIs and had a .314 On Base Percentage and a .410 Slugging Percentage. 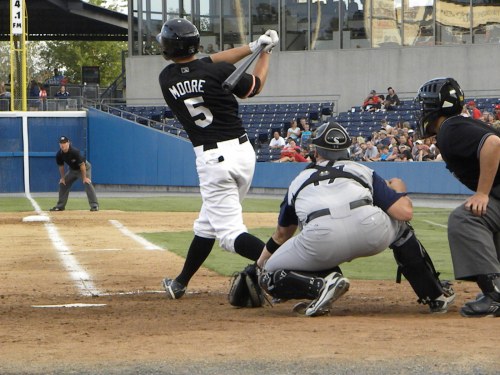 A number of Tides were offered minor league deals but refused the assignment and are now Free Agents.  First Baseman Michael Aubrey who led the team in home runs (22) and slugging percentage (.485) and had a .310 On Base Percentage.  However he only hit .235 in 102 games as opposed to 2009 when he hit a combined .290 with Columbus and Norfolk.  I think that he has major league potential and I expect him to find a home.  Scott Moore was on the 40 man roster and played some in Baltimore this season. Moore had spent the majority of 2009 on the DL and did very well with the Tides this year. Moore’s problem is that the Orioles don’t seem to have a place for him except in the minors. In 41 games with the Orioles this year Scott hit .209 with 3 home runs and 10 RBIs.  In 61 Games at Norfolk Scott hit .280, had a .345 OBP and a .473 Slugging Percentage. He hit 11 home runs and 45 RBIs in 225 plate appearances. I also expect Scott to find a home. 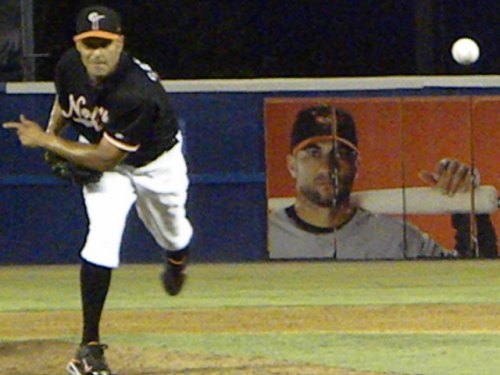 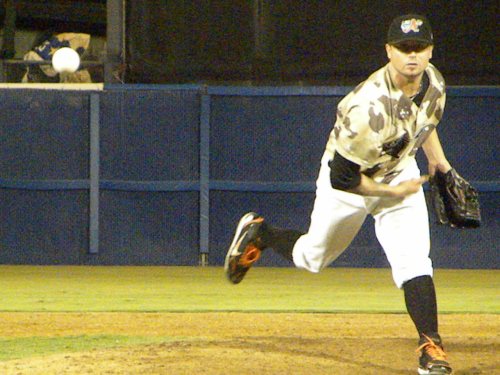 Alberto Castillo is a journeyman who has spent the majority of his career in the minors including 7 seasons in the independent leagues. He has played parts of 2008, 2009, and 2010 with the Orioles and for a time was on the 40 man roster. In 62 appearances during those seasons he went 2-0 and had a 4.81 ERA. His record in 3 seasons at Norfolk is 6-6 with a 3.20 ERA in 108 games.  In his time at Norfolk he pitched 118 innings giving up 111 hits, 38 walks, allowed 42 earned runs but struck out 123.  He is 35 years old but has had no injuries while with the Orioles organization and the fact that he is a left-handed reliever who can go with a submarine delivery when needed he might fit the need of an organization for a left-handed reliever. 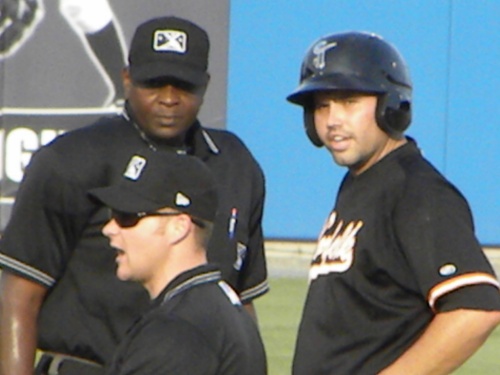 Rhyne Hughes will get another chance with the Orioles in 2011

The Orioles will not stop here, expect them to shell out the money for some big hitters and if needed package some of their young talent to get it. I will write more as things develop. 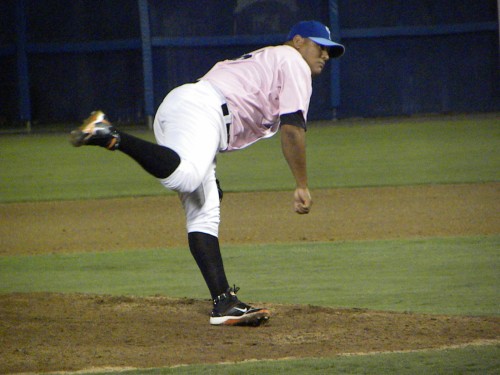 Frank Mata got the call to Baltimore

Now back to the NLCS games. 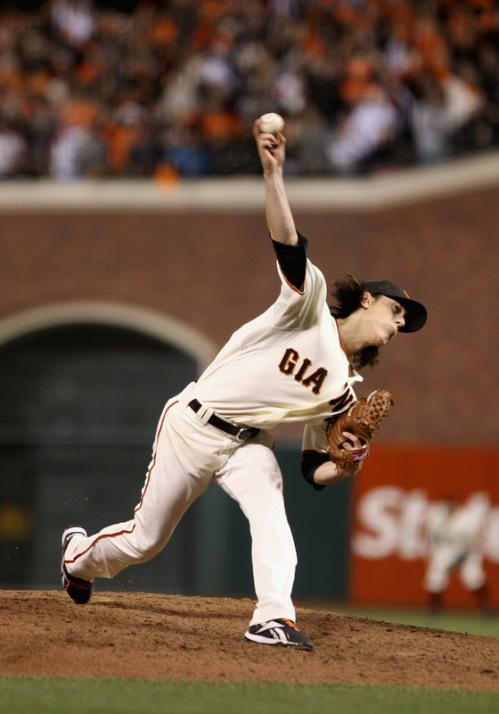 Tim Lincecum recovered from the worst month of his career in August but was lights out in September something that he continued on Thursday night in game one of the Giants-Braves NLDS series. The two-time Cy Young winner made his playoff debut at AT&T Park and shut down Bobby Cox’s Atlanta Braves in a big way.  Braves batters were doing the Tomahawk Chop all night into empty air against Lincecum who threw at pitch after pitch resulting in strikeout after strikeout, 14 K’s to be exact. This was the most thrown by a pitcher in his playoff debut and third in playoff history, only Bob Gibson with 17 and Roger Clemons with 15 have more.

Lincecum was dominating; he allowed a gap double to Omar Infante to lead off the first inning and a gap double to Brian McCann in the 7th.  He gave up just one walk as he sent down batter after batter. The Giants scored one run and it proved to be enough.  The run came after Giants catcher Buster Posey singled and stole 2nd. That call however was blown, replay showed Posey to be out but the umpire did not have the best angle to make the call and Brooks Conrad’s tag was up around Posey’s chest making it probably more difficult for the umpire than the camera. The Braves did not argue the call so the questions about it did not come until the break between innings.  Manager Bobby Cox did not have a good view and after the game said that since he saw no reaction from his infielder assumed that Posey was safe.

Even so the base would have been meaningless had Infante not missed a ground ball that most Third Baseman would have handled. That grounder became a RBI single for Cody Ross.  It was not called an error but was a play that could have been made, instead it was the game.

Atlanta Starter Derek Lowe performed well but came up short getting the loss pitching 5.1 innings allowing 4 hits, striking out 6 and walking 4 in the outing.

On the positive side for the Brave Bobby Cox did not add to his MLB record of games that he has been tossed from. Had gone and gotten himself thrown out we would have seen three managers tossed in the playoffs.

The game was quintessential Giants’ baseball as once again a starting pitcher shut down an opposing team while the offense provided just enough juice to get the win.  Tomorrow Matt Cain goes up against Tommy Hansen in game two.  Somehow I think that the Giants win Friday to take a 2-0 series lead into Atlanta.

The first two days of the NLCS and ALCS have seen more games in which a team was held to two hits or less, Lincecum allowed two, Halladay had his no-hitter and Cliff Lee had a one-hitter.  Bottom line: 27 innings, 3 pitchers, 3 hits and no runs. That sports fans is impressive. This really is the year of the pitcher.

Two for the Road: Yankees and Rangers Dominate as Home Managers get Tossed 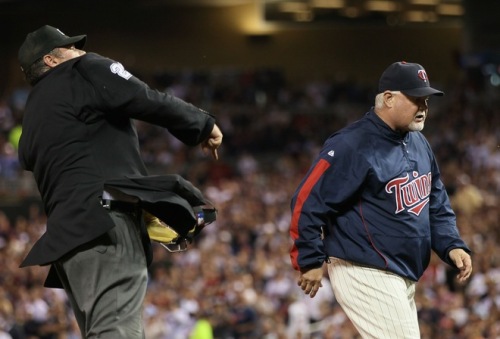 “The job of arguing with the umpire belongs to the manager, because it won’t hurt the team if he gets thrown out of the game.” Earl Weaver

So much for home field advantage in the American League or is there such a thing? The ALDS series have been dominated by the road teams the New York Yankees in Minnesota and the Texas Rangers in Tampa.  Up in the northlands the Twins actually took early leads against the Yankees in both games especially in game one where they were manhandling Yankees’ ace C.C. Sabathia.  However they could not hold and the Yankees took game one 6-4. They went up 1-0 today and had the game tied at two before the Yankees put the game away by a score of 5-2.  Twinkies Manager Ron Gardenhire got tossed in the 7th for arguing balls and strikes with Umpire Hunter Wendelstedt. The Twins definitely had their chances but could not capitalize and now have to go to the Bronx down to the Yankees 0-2 and that is not a recipe for future success.  It looks like the Twinkies will continue the sad song of playoff losses against the Yankees.  Somewhere I hear the Little River Band singing in regard to the Twins against the Yankees:

Sit down, take a look at yourself
Don’t you want to be somebody
Someday somebody’s gonna see inside
You have to face up, you can’t run and hide 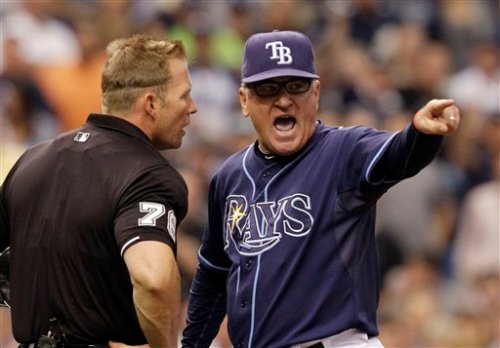 Rays Manager Joe Maddon Gets tossed by Umpire Jim Wolf in the 6th inning during game two against the Rangers. (AP)

Down at the Trop the Rays have been held to just one run by the Rangers losing 5-1 to Cliff Lee and friends and 6-0 to C.J. Wilson and friends.  The Rangers benefited in the second game on a check swing which should have been called a strike out to Michael Young with one out in the top of the 6th inning. The next pitch Young clobbered 431 feet for a 3 run home run.  Rays starter James Shields had been pulled in favor of reliever Chad Qualls by Joe Maddon and was already losing it on the bench and the home run brought the usually unflappable Maddon out and he promptly got tossed.  While it was a terrible call it ultimately did not change the game, the Rays didn’t hit, just like they have not hit since the All Star break. Their .236 team average speaks for itself. You don’t win championships when you don’t hit.  Now the Rays who are obviously wondering what happened to them have to go to Texas where the Rangers were 51-30 during the regular season and hit .288 with 93 home runs scored 430 runs. 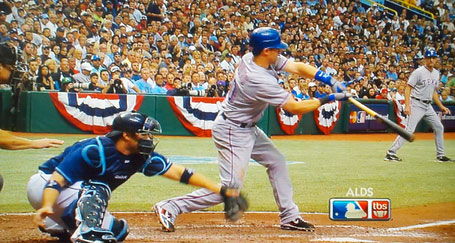 Bad Call: Michael Young goes around on a pitch ruled as a ball. He hit a 3 run homer the next pitch (MLB/TBS)

The Rays need to recover their composure and start hitting or they will go home for the year with owner Stuart Sternberg has promised to drastically reduce payroll in 2011 which means that many of the players that have been the keys to their success will not be back.  The long off season for the Rays could begin as early as Saturday.  Despite their success in the past three years the team plays in the worst stadium in baseball and for the most part the area has lost that loving feeling in regards to the Rays.  If you ask me it’s time to move the team back to a real baseball city, perhaps Montreal or maybe a Triple-A city with a baseball tradition, fan base and population to support the team.  That however is a story for another day or perhaps much of the off season.