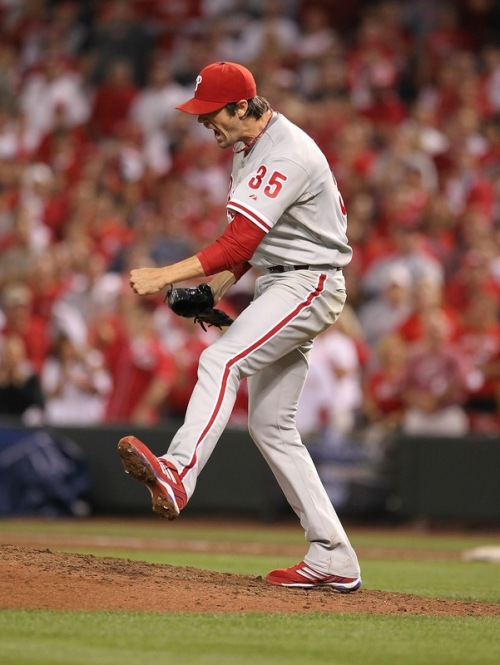 Well it went down like I said. I predicted that the Reds might win one game but thought that the Phillies just might sweep and the Phillies delivered.  Cole Hamels the number three man in a three man playoff rotation for the Phillies dominated the Reds not quite as much as Roy Halladay who pitched the no-hitter against the Reds in game one, but still an absolutely dominating performance. Reds pitchers were also good but were not helped by their defense in the 1st inning when Orlando Cabrera’s errant throw on a routine ground ball pulled first baseman Joey Votto off the bag allowing Placido Polanco to score.

The score would remain 1-0 until the top of the 5th inning when Chase Utley hit a solo home run to center field to make the score 2-0. The play was reviewed by the umpiring crew for possible fan interference but the home run stood as there was no interference. The closet the Reds came to scoring was Brandon Phillips almost hit one in the gap to left center with no outs and a runner on first but was robbed on a brilliant catch by Shane Victorino. They had one more opportunity with 2 outs in the bottom of the 7th Ramon Hernandez doubled and the Reds put Bronson Arroyo into the game as a pinch runner. Arroyo was left stranded when Jay Bruce lined out to right. 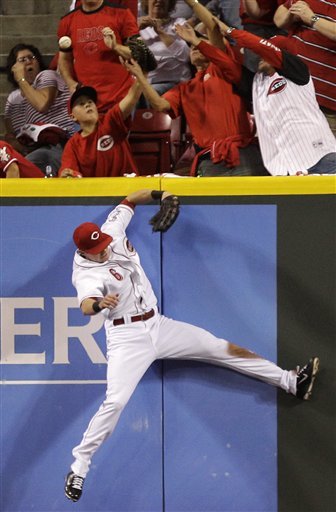 Hamels remained in the game to get the complete game shutout as the Phillies pitching absolutely dominated the Reds. Phillies starters allowed just 10 hits and just four runs, all of which came in game two against Roy Oswalt. The Phillies hitters were not overpowering getting just 6 earned runs but their defense which had been the best in the National League was abysmal.  They had 7 errors, 6 in games two and three which cost them 7 runs, the difference in the series.  They should have at least gained a victory in game two but blew it defensively.

The series came down to fundamentals in the field and pitching. Both teams had pitching though the Phillies had the better of the two teams but for a team which had a .988 fielding percentage in the regular season to give up 7 errors in three games was unimaginable.  I expected that the Phillies would dominate Reds hitters but I did not see the defensive collapse coming.  The Phillies will now wait to see the victor of the Braves and Giants series which might be as early as this evening.