The Meaning of Opening Day 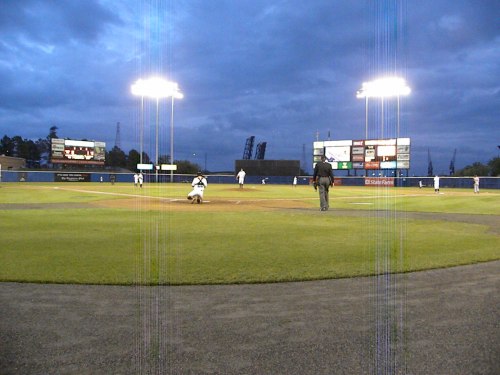 At long last it is Opening Day, the first day of a long and arduous 162 game regular season and three tier playoff series system that can extend the season by up to 19 more games for teams that reach the World Series. Beyond the pageantry of opening day, which will be repeated tomorrow for the teams that did not play today and next week for the Minor Leagues and which is something akin to New Years Day the meaning of Opening Day is that baseball is back and Winter is over, even if it tries to hang on a few more weeks.

Over the past few days all the experts have weighed in on their picks of who will make the playoffs and even win the World Series. The good thing is that like Bible prophecy “experts” their predictions are often woefully wrong.  Baseball is about sustained performance of teams and individuals over the long season. In no sport do players and teams have such a punishing schedule as in baseball. Day in and day out the players take the field, travel across country and play the next day.  As the legendary Baltimore Orioles Manager Earl Weaver said “This ain’t a football game, we do this every day.”

The team rosters on opening day often are far different than those in September, injuries and slumps can get players traded, released or sent to the minors while unheralded players, journeymen, players called up from the minors and players that had been written off by former teams bask in the sunshine of success.  Teams which were expected to do great things sometimes collapse due to injuries, unexpectedly poor play by players that have to have a good season or a failure of on field leadership and trouble in the clubhouse or in senior management.

For these reasons I take all predictions made on opening day by experts with a grain of salt. I do not think that any of the experts picked San Francisco and Texas to meet in the World Series and right up to the end most of the experts picked the Giants to lose their division, then the divisional playoff series, then the NLCS and finally about half thought that the Giants would win the World Series.  I really think that experts show their bias, especially for East Coast teams over those in the West or Central and for teams with a lot of money and media clout such as the Yankees and Red Sox.  I have my thoughts on who might win their divisions and go on to the playoffs but anything I say now will be rendered moot by events on and off the field.  Do I think that the Giants can repeat? Of course, but no one has repeated since the 1998-2000 New York Yankees.  That is reality and what makes baseball so much fun, you never know how this long campaign will play out.

I love baseball because it really is an allegorical play about America and life. There are the highs and lows, the disappointment of unfulfilled expectations and the excitement of the underdog team that pulls it all together to win.  The meaning of Opening Day is that it is a beginning not an end, the end will only be seen when the last out of the World Series is recorded. Ernie Harwell said “Baseball is a lot like life. It’s a day-to-day existence, full of ups and downs. You make the most of your opportunities in baseball as you do in life.”

3 responses to “The Meaning of Opening Day”