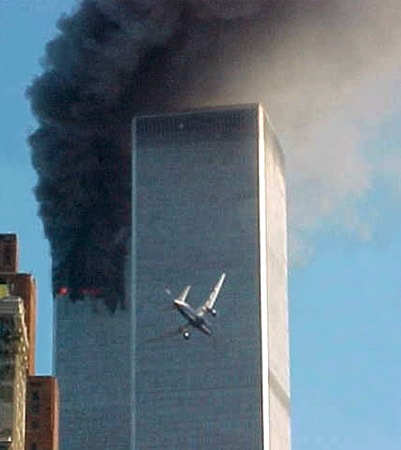 We are coming up on the 10th anniversary of a date that changed the country.  I wrote about it last year in an article entitled 9-11-2001: A Date that Will Live in Infamy 9 Years Later.  This year I am going to post a couple of short reflections leading up to the anniversary on how that event changed me.

I remember the day like it was yesterday. I was getting out of my office at Camp LeJeune after an early morning counseling case and some administrative duties I was getting ready to head to the French Creek gym.  I was about to close out my browser when I saw a little note on the Yahoo.com homepage: “Airplane crashes into World Trade Center.” It was about 0900 that tragic morning.  I thought to myself, “some dumb ass just crashed his Cessna into the building.

The day was clear and absolutely gorgeous, a slight north wind and low humidity, a well deserved break from what had been a hot and humid summer.  Not that I had seen much of the Carolina summer having returned from a deployment to Okinawa, Mainland Japan and Korea in late July. When I got to my car the local talk radio station was broadcasting a second or third tier national talk radio host and he was screaming “oh my God another plane just flew into the towers!”

I drove over to the gym where I joined a large crowd of Marines and Sailors transfixed as we watched the towers burn.  I went back to my office showered and went over to my battalion headquarters and was there when theSouthTowerwent down at 0959.

Since then a lot has changed.  I have made two deployments and traveled to the Middle East many more times.  I came back from my deployment to Iraq with a serious case of PTSD and a health distrust of the media, politicians, preachers and especially the talk radio hosts that I used to listen to as often as I could.  I remember being in Iraq in between missions to the far reaches of Al Anbar Province and watching the news on the televisions at the dining facility and wondering just what war that they were covering.

Before Iraq I could be considered a pretty solid “conservative” but now I really don’t know what I am.  Some call me “liberal” and in fact I was told to leave my old church last year because I had become “liberal.”  However, despite what some of the talk pundits and right wing preachers say just because a person is “liberal” does not mean that they are unpatriotic or do not care about our country or freedom.  After serving in Iraq and seeing how certain people have equated patriotism with adherence to their political agenda I wholeheartedly believe that a person’s patriotism has nothing to do with their politics or their religious beliefs.

Before IraqI was jaded by what happened to my dad’s generation after Vietnamwhen liberals called returning Veterans “baby killers” or “Nazis.”  In fact I had a Sunday school teacher tell me that my dad was a “baby killer” in 1972 and in 1981 had some ass at UCLA call me a “ROTC Nazi.”  As a result I had little love for the Left.  After September 11th I followed the “conservative” talk radio crowd and Fox News more than I had ever before.  The emotions that they stirred up were primal.  But experience and reflection caused me to get beyond the pain of my past and the emotion of the present.  Just as I detest those that characterized my dad’s service or my service as being criminal I also detest those that say one cannot be critical of those that advocate for war regardless of the human and economic cost or actual strategic benefit.

I rejoiced when our SEALS killed Osama Bin Laden and every Al Qaeda leader that we have ushered into the arms of Allah.  They have caused unmitigated suffering around the world, not just to us but to their own Islamic neighbors and deserve no pity and since they refuse to give quarter should be shown none. If that sounds harsh I can’t help it. The attacks of 9-11 and the wars that have followed are personal.

At the same time I question the strategic purpose and value of the campaign in Afghanistan.  I see it as a potential disaster on the order of Stalingrad or Dien Bien Phu should the Pakistanis shut off the supply routes that constitute the major support to our troops there, especially if they did so in the winter months.

At the ten year mark I grieve for those that have lost their lives as well as loved ones in the attacks or in the wars that have followed.  On September 11th 2001 2977 people were killed at the World Trade Center, the Pentagon or on United Flight 93 which went down inPennsylvania.  One of those killed at the Pentagon was Lieutenant Colonel Karen Wagner was a classmate of my in 1983 at the Medical Service Corps Officer Basic Course.

Since then 4474 American military personnel have given their lives in Iraqand 1760 in Afghanistan.  NATO or coalition allies, excluding the Iraqi and Afghani military or police forces have lost another 1270 military personnel.  Another 45,170 Americans have been wounded.  I know a decent number of those wounded and some of those that have died.  The losses are intensely personal and to think that we have lost well over twice the number killed on September 11th 2001 in two wars, many that were children aged 8-12 years old on that tragic September day.  Of course the numbers do not count those that died by their own hand after they returned from the war, a number that grows daily.

I have been changed by that tragic event. I still shudder when I see the video of United Air Lines Flight 175 crashing into the South Tower or see the videos of the towers crashing down.  They are hard to watch and while I will observe the anniversary with prayers and a lot of reflection I do not know how much of the continuous media coverage of the anniversary that I will be able to watch.

The events of that tragic day changed me, and changed countless numbers of other Americans as well as others around the world.  While we yearn to return to the days before9-11-2001 that is impossible, there is too much water and too much blood that has passed under the bridge.   I know I can’t go back.  Maybe that is good.