The Heresy of Thinking and Reason in an Age of Fanaticism 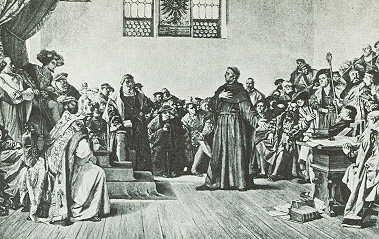 Note: I felt the need to republish this article in light of so many of the controversies that have been in the news lately, especially because some of the visceral reactions that I see from so many people about them. I just hope that people take the time to try to get as much of each story and controversy possible, examine them in the light of history and reason before jumping to unsubstantiated conclusions. The fact is that many of us do precisely this and that is in large part due to how terribly divided we are. However, that being said there is seldom any issue that is totally clear, most actually are quite opaque and clouded in the fog of many shades of gray, and what history teaches us is that we need to be careful before jumping to conclusions.

“Unreason and anti-intellectualism abominate thought. Thinking implies disagreement; and disagreement implies nonconformity; and nonconformity implies heresy; and heresy implies disloyalty. So, obviously, thinking must be stopped. But shouting is not a substitute for thinking and reason is not the subversion but the salvation of freedom.” Adlai Stevenson – A Call to Greatness (1954)

I had a Church History professor in seminary who was known for his attention to detail and his expectation that his students would master the subject.  His method was quite simple. A fellow student asked him during review for a mid-term exam “what do we need to study for the test?”  His answer was simple “everything.” The student restated his question “what do we really need to know?”  My professor paused and made a comment that did not make the student very happy.  He said something that I paraphrase here “it is the details that enable you to see the big picture, without the details you know nothing.”

A good number of my fellow students did not appreciate the fact that he was deadly serious.  It was not simply the ability to remember names and dates and events but to be able to connect them and see what was really important.  Many did not take him seriously and when the test came many failed it.  In fact some continued to fail every exam because they could not reconcile that details were important. The attitude of a good number of my classmates was that history, philosophy or even systematic theology were not important especially if they involved study of people or ideas that they did not agree with.

Unfortunately we now live in an age of anti-intellectualism and anti-historicism. Instead of trying to figure out what is really important and studying the details of the great questions of our day we have become lazy. We simply fall back on the dogmas presented by the Unholy Trinity of Pundits, Politicians and Preachers that cater to our ideology for reassurance.  And they are quite good at co. If you listen to talk radio or are a devoted fan of any particular cable news pundit you can see this on display daily and even more so by our political leaders and those seeking political power. What is presented by the Unholy Trinity is at best half-truth sprinkled with deadly venom of hatred to make the half-truth an absolute truth.  In such a world facts are only important if the “true believer” can use them buttress his ideological bias even if he has to take the completely out of context to in order to do so.  It is so much easier to call an opponent a Communist or Nazi, Fascist or Imperialist, Unbeliever or Heretic and connect them to the evil we want to demonize them as than it is to actually,  engage in a truthful debate and to see things in their historical context. Likewise when we use such labels against those that disagree with us we dehumanize our opponents thereby justifying any evil that we use to silence them.

It seems that we presume that if we repeat what we believe enough, even if it is unsound or erroneous that it will become truth.  As individuals, governments, institutions and businesses we settle for the easy answers that agree with our presuppositions and dismiss opposing views as heresy.  We allow people of little learning but great charm and salesmanship ability sell us myth in place of fact and this happens across the political, social, economic and theological spectrum.

The past few days I have been talking about the study of history as well as ways of learning.  The little things do matter, and the study of history, philosophy, theology, the sciences, economics in fact anything of any importance is based on understanding details, and things like precedent and context.  It is not enough to string together a series of quotations or citations if they are taken out of context, altered or intentionally misused to fit our ideology or doctrine.

This may comfort the true believer in whatever cause and even make them feel superior to those that disagree but such thinking. But it blind them to reality and not conscious of their own envy, malice, pettiness and dishonesty. The “wall of words” that flow so easily from the mouths and pens of the members of the Unholy Trinity that the faithful are unable to separate them from reality, truth from fiction, opinion from fact.  This “wall of words” serves as their protection against any thought, fact, presumption or doctrine that contradicts them.  John F Kennedy said “Too often we enjoy the comfort of opinion without the discomfort of thought.”

In such times it is important to take the time to learn from history, not just generalities that mix fact and myth but the little details that make up history and for that matter the sciences, philosophy, sociology, political thought and theology.  As a society we have ceased to do this and until we take the time to return to such study, dialogue and put aside our blinders we will be doomed to remain as we are no matter what political party is in power or ideology dominates the airwaves and cyber space.

There is a prayer that neatly sums up what I desire for me and for our society:

From the cowardice that dares not face new truth
From the laziness that is contented with half truth
From the arrogance that thinks it knows all truth,
Good Lord, deliver me.