O’s Fall Short in the Bronx to End Amazing Season 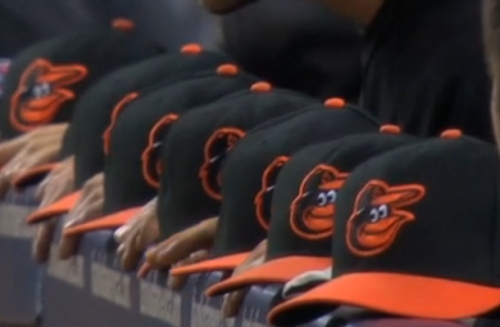 The amazing season of the resurgent Baltimore Orioles came to an end tonight in the Bronx as the Birds fell to the Yankees by a score of 3-1. Yankees starting pitcher C.C. Sabathia had control of the game and though the O’s scored a run in the bottom of the 8th and had the bases loaded with one out was able to put the Orioles away in a complete game.

The Yankees got just enough offense in the final game of a series dominated by pitching  to defeat the Orioles.  In 23 games between the teams in 2012 the Yankees won 12, the Orioles 11 and the Yankees scored just four runs more in the entire regular and post season. 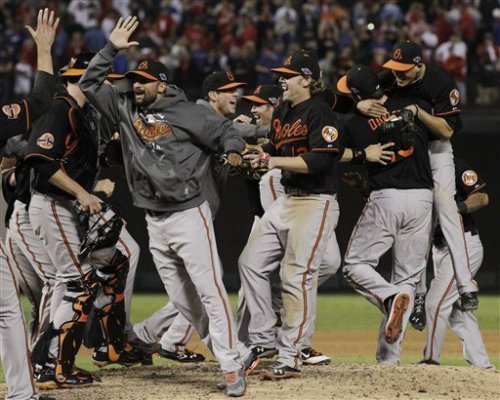 I have come to love the Orioles over the past number of years watching their young players in Norfolk and Frederick and to see young men like Matt Wieters, Manny Machado, Robert Andino, Chris Tillman, Brian Matusz and Troy Patton who I have followed in through their minor league time make the big time and play their hearts out.

To watch them and others, some cast offs from other organizations blend in together to make this such a great season was awesome. They battled through injuries and by the end of the year had a completely different starting rotation than they began the year. Their bullpen was superb, anytime an O’s starter kept the game close into the 7th inning the Orioles were more than likely to pull off a victory. Showalter managed this team and its bullpen in a spectacular manner.

This is a special team. You could sense it at the beginning of the season when no one believed in them but Buck Showalter. Over the course of the season they showed the most amazing determination winning 75 straight games when the led after the 7th inning, winning 16 straight extra inning games and winning over 70% of games decided by one run. That is not luck, it is character and belief.

They did not have current superstars, though some of their young players are potential super-stars. They did not have the big names and had one of the lowest payrolls in the majors, but they were a team. Everyone contributed and they brought pride back to the Oriole Nation after years of suffering.

They play in a tough division with teams that have nearly unlimited resources, but the one thing that this group, most of who will return next year have is determination and character that comes from having to fight hard against the odds. The season in some ways began in the last two weeks of 2011 when they surged in the final two weeks of the season to put a dagger in the heart of the Boston Red Sox in the final game of the season.

Buck Showalter said it so well, they are a special group and we will see them again. They certainly have brought a lot of joy to Birdland and I look forward to seeing them take it all next year.

Thanks for a great season, it has been fun.