Tonight I am faced with the clash of two passions. Foreign policy and baseball.

As I begin this article President Barak Obama and Senator Mitt Romney are beginning their third debate, this one on foreign policy. For those that know me and follow my writings know that I seriously pay attention to and study both history and foreign policy. For me the stakes in this are personal. I am in the military and I have gone to war.

For me no matter who is President they will be the President and I am not. My oath is to the Constitution. My service now, especially after two combat deployments is much more for my fellow Sailors, Marines, Soldiers and Airmen than to either candidate or party. While I have strong feelings about the election and opinions about war and those who send people like me and the men and women that I serve alongside to war. For me it more about loyalty to those that I serve than anything else.

That being said no matter what either the President or Governor Romney say about foreign policy tonight my vote is already decided and whether I vote for one candidate or the other or neither in the General Election my vote doesn’t matter because the state that I vote in, West Virginia is not in play. Thus my vote, to quote Bill Murray in the movie Meatballs “just doesn’t matter.” That may seem cynical to some but for the vast majority of Americans that live in non-swing states it is more true than not. So my thinking is why spin myself up as I watch the debate?

While the debate rages, politicians lie, pundits spin and preachers claim to know who God wants their followers to vote for there is a baseball game being played. Yes it is game seven of the National League Championship series between the San Francisco Giants and the St Louis Cardinals. 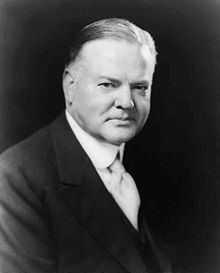 Herbert Hoover and Al Smith: Who Remembers them When Ruth Hit 3 Home Runs in Game 4 of the 1928 World Series?

I am watching the ball game. I will follow the debate on my Twitter feed and watch some of the analysis later, after the game, which being game seven is decidedly more important than the debate. That may sound frivolous to some but long after Barak Obama and Mitt Romney are gone people will still remember baseball. Just ask Herbert Hoover and Al Smith who ran against one another in 1928, the year that Babe Ruth who hit .625 in the series and had three home runs in game four of the 1928 World Series.

I think we could use a man like Babe Ruth again.

A Loss for the Country and the World: A War Hero and Prophet of Peace George McGovern Dead at 90

The United States of America and the world lost a champion of peace and humanity this weekend when former Senator George McGovern died at the age of 90. If you had asked me if I would have written this article 10 or 15 years ago, I probably would not have, but war has a way of changing ones perspective about those that consistently labored for peace and justice.

The son of a Wesleyan Methodist Minister McGovern grew up in the South Dakota during the Great Depression and the Dust Bowl. He volunteered in the Second World War and flew 35 combat missions as the pilot of a B-24 Liberator bomber during which his aircraft was heavily damaged on a number of occasions and his skill as a pilot helped save the aircraft and crew.  For his service he was awarded the Distinguished Flying Cross and four awards of the Air Medal and his memories of being under fire from German FLAK and having his plane set afire during a mission caused him nightmares for years after the war.

His experiences during the Depression and with the victims of war that he encountered in Italy made him a champion of people that suffer. He spent one year in seminary before switching to graduate studies in American History earning a Masters and Ph.D. in History. He served as a Congressman and Senator and represented the liberal wing of the Democratic Party. He served as the director of President Kennedy’s Food for Peace program. He was the first Senator to openly speak out against U.S. Military involvement in Vietnam when President Kennedy began to expand the mission. As a historian who actually studied what was going on in Vietnam for years he warned the Senate in September 1963 that:

“The current dilemma in Vietnam is a clear demonstration of the limitations of military power … [Current U.S. involvement] is a policy of moral debacle and political defeat … The trap we have fallen into there will haunt us in every corner of this revolutionary world if we do not properly appraise its lessons.”

After lending his vote to the Gulf of Tonkin Resolution which gave President Johnson a blank check to expand military involvement in Vietnam he realized that he had made a mistake. After and on January 15th 1965 as the U.S. forces entered into heavy combat against the North Vietnamese Army and the Viet Cong McGovern warned:

“We are fighting a determined army of guerrillas that seems to enjoy the cooperation of the countryside and that grow[s] stronger in the face of foreign intervention… We are further away from victory over the guerrilla forces in Vietnam today than we were a decade ago.”

He continued his outspoken opposition as the war continued and in November 1965 he spent three weeks in country carefully visiting and studying the situation with US military  and diplomatic officials as well as visiting the wounded. His visits to the hospitals in country made a huge impression on him causing him to become even more anti-war, though he voted for appropriations bills in order not to deprive the troops of what they needed.  In September 1969 with President Nixon looking to expand the war into Cambodia he deliberately offended his fellow Senators when fighting for the passage of the McGovern-Hatfield Amendment which would have forced the Administration to begin to end the war:

“Every Senator in this chamber is partly responsible for sending 50,000 young Americans to an early grave. This chamber reeks of blood. Every Senator here is partly responsible for that human wreckage at Walter Reed and Bethesda Naval and all across our land—young men without legs, or arms, or genitals, or faces or hopes. There are not very many of these blasted and broken boys who think this war is a glorious adventure. Do not talk to them about bugging out, or national honor or courage. It does not take any courage at all for a congressman, or a senator, or a president to wrap himself in the flag and say we are staying in Vietnam, because it is not our blood that is being shed. But we are responsible for those young men and their lives and their hopes. And if we do not end this damnable war those young men will some day curse us for our pitiful willingness to let the Executive carry the burden that the Constitution places on us.”

He ran for President in 1972 and ran what was probably one of the worst campaigns ever. The Democratic party was deeply divided and in disarray and the Nixon campaign took advantage of both his “dovish” stance on the war as well as more progressive stances to demonize him as a person. The late columnist Robert Novak was a vicious critic working hand in hand with Nixon’s Chief of Staff Chuck Colson.

McGovern lost in the most lopsided defeat in modern American history only winning Massachusetts and losing 49 states and only garnering 38% of the vote. Following the defeat he won on more Senate campaign in 1974 and remained in the Senate until 1980 when he was defeated on the coattails of Ronald Reagan’s defeat of Jimmy Carter. He was demoted in the Democratic Party Senate hierarchy and never regained the power he had in the Senate that he had before the 1972 campaign.

In 1972 his campaign was a disaster and some of his policies not well thought out, Nixon and his cohort used everything against him, including some of the most dishonest campaign tactics, culminating in the Watergate break-in.

He remained an active voice in American politics until this year when age, illness and accidents finally caught up with him. He suffered the loss of his wife and two of his children before he died.

He was a voice for the powerless and for the common military man. He was anti-war but never anti-military or anti-troop. He had a great compassion for those that serve in uniform and was a critic of those that would send men and women into battle without taking the risk themselves. He was guided by his Christian faith in is beliefs especially about peace and the care of the poor. He was a Prophet of Peace.

Back in 1972 I was 12 years old and my dad was in Vietnam. Military personnel were frequently treated shamefully by anti-war activists who could not distinguish in their zealotry the difference between the policies of the government and the Soldiers, Marines, Sailors and Airmen that served in that unpopular war. I had a Sunday School Teacher tell me that my dad was a “baby killer.” For years I harbored much resentment for George McGovern. For years I did not appreciate the depth of his integrity and personal courage. In college I savored his loss of his Senate seat in 1980. When he came out against the invasion of Iraq in 2003 I figured that it was more of the same. However my views about him changed after my tour in Iraq and I now appreciate his honesty and foresight regarding both Vietnam and Iraq.

One does not have to agree with all of his policies to admire his personal courage and integrity as well as foresight about the tragedy that would unfold in Vietnam and Iraq. The man was a hero who served is country and the world and I hope someday that we will really come to appreciate him. I wish I had come to such an appreciation of him earlier in life.