Arab Spring Fever: The Revolution Begins Anew in Egypt as Syria Begins to Melt Down

It began in such an innocuous manner. A Tunisian street vendor named Tarek al-Tayeb Mohamed Bouazizi set fire to himself due to what he viewed as harassment and humiliation by a local government official who confiscated his goods when he could not afford to pay bribes to the police. He died a few weeks later. That act set in motion widespread protests that led to the overthrow of long time Tunisian dictator Zine El Abidine Ben Ali ten days later.

The events in Tunisia sparked revolts throughout the Arab World, including the largest and most influential of the Arab States, Egypt and Syria. The situation in Egypt ended in the overthrow of President Hosni Mubarak and free elections where Islamists gained a majority in Parliament and the election of Moslem Brotherhood leader Mohamed Mursi as President. The situation in Syria led to minor reforms before the government of Bashir Al Asad began a series of repressive and violent crackdowns against protestors. This led to a armed revolt that has only continued to gain ground and achieve a modicum of international recognition.

Egyptian Demonstrators calling for the Ouster of President Mursi

It appears that Egyptian President Mursi and the Islamic Brotherhood may have bit off a bit more than they could chew when they hurriedly wrote a new draft constitution that maximized their power and limited freedoms of non-Islamists including Coptic Christians, Democrats and secularists. Mursi compounded his mistake by issuing an edict that gave him practically unlimited power. The backlash from the Egyptian judiciary, journalists and opposition parties has been dramatic. Protests on the order of the original demonstrations against the Mubarak regime have engulfed Egypt, Mursi has  annulled his decree that granted him those powers and the opposition is calling for his overthrow. The Egyptian military has again become a player in the unfolding drama. 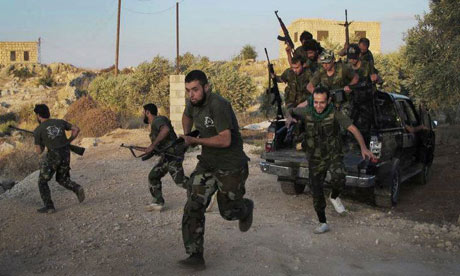 In Syria the opposition is nearing complete control of many areas of the country and Bashir Al Asad’s regime is believed by many to be on its last legs, only the endgame remains to be played out. Some believe that Syria’s regime may be willing to use chemical weapons, particularly Sarin nerve gas agents against the opposition. The leaders of Western nations, especially the United States have announced that the use of such weapons would be unacceptable.

There are continued demonstrations, protests and political actions ongoing in several countries including US Allies Jordan, Kuwait and Bahrain.

Throughout the Arab World the Arab Spring has had marked repercussions. The long term dictators of Yemen and Libya were both overthrow, with Yemen’s case Ali Abdullah Saleh was able to negotiate his exit from power, while in Libya the regime of Muammar Ghadaffi was overthrown in a bloody manner following a protracted civil war. Ghadaffi himself was brutally murdered following his capture.

The Arab has also has had effects on the foreign policy of nations, particularly the United States, Russia and the European Union and others around the world who have stood to gain by maintaining the status quo in the region, playing off the interests of their Arab “friends” for their own benefit. The fact is that most countries or alliances with military, economic and political, diplomatic and intelligence interests are still trying to make sense of the new Middle East and how it will impact their interests.

The problem is that most people outside the region have little understanding of it or how different the culture, history and social considerations of each part of the Arab world is different than others. We like to take about the “Arab Street” or the “Moslem world” but the fact is that neither the Arab Street or the Moslem world is monolithic and what is the case in one country is not necessarily true in other countries. 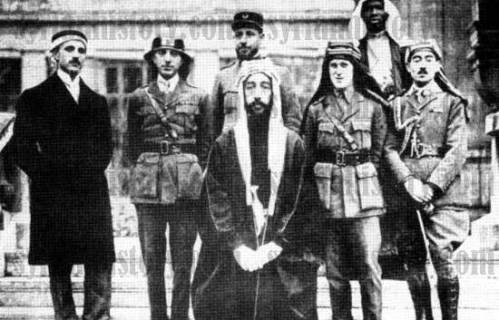 T.E. Lawrence with members of Arab delegation at Versailles

What we know as countries in many cases are nothing more than disparate Arab peoples of different, Tribal affiliations, cultural traditions, history as well as Islamic and Christian factions. There is no generic Arab country or people and in many Arab countries there is internal conflict based on tribal, ethnic or religious lines. This was something that T.E. Lawrence noted in his works and something that we in our desire to shape events to our liking, need to remember.

During and after the First World War, European powers, particularly the English and French, but also the Italians used their military, economic and diplomatic power to divide the Arab World, recently free of Ottoman-Turk domination through the Sykes-Picot agreement, agreements made at Versailles and San Remo. In doing so they prevented a natural development of Arab freedom and helped poison relations between the Arabs and the West for generations and in the case of Saudi Arabia led to the domination of the Wahhabi house of Saud.

The Arab world is a mosaic of different peoples, cultures, traditions and histories. As the Arab Spring continues to unfold it is very important that we, who are not Arabs understand the various tensions at play and make vague assumptions about them or what the Arab Spring portends in Egypt or elsewhere.

Yes, we have important interests in the region. However as chaotic as it may seem the Arab Spring is a natural outgrowth of a region and its peoples finding themselves after centuries of foreign domination, be it that of the Roman, the Byzantine, the Turk, the Persian, or various countries of Europe and even the United States. It is important that it play out with as little foreign interference as possible. The lesson from history is that the last century of Western domination, imperialism and interference in Arab affairs have not helped and that these events will have to play themselves out, and that may take at least a generation. 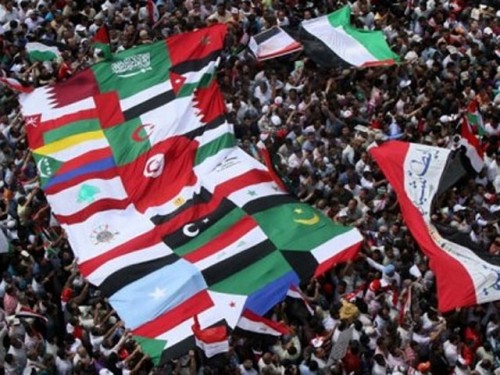 Whether we like it or not, what is happening now, despite the violence, strife and chaos is a necessary part of their story. How can we not understand? How many centuries of ethnic, cultural, religious and political war and strife have the nations of Europe and America endured to come to some semblance of working peacefully together?

The Arab Spring will be with us for a while because Arabs, regardless of their nationality, tribe or religious sect must determine their fate.

2 responses to “Arab Spring Fever: The Revolution Begins Anew in Egypt as Syria Begins to Melt Down”