Bicycle Pants on Fire: The Banal Confession of Lance Armstrong 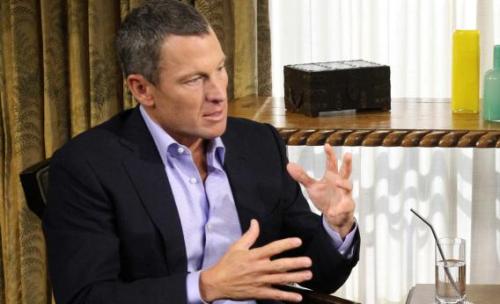 “I didn’t invent the culture, but I didn’t try to stop the culture.” Lance Armstrong

I watched the Lance Armstrong interview online today. I did not watch it last night as we were out with friends. I found the interview to be fascinating and at the same time chilling. Oprah Winfrey did it well and in the process laid Lance Armstrong and his lies bare.

Cheating blood doping, the use of EPO and Testosterone were commonplace in competitive cycling. The were the norm, not the exception. At the same time they were also illegal and banned in the sport. Lance Armstrong was part of that world, even before his battle with cancer.

The use of the blood doping and other means of cheating had become so commonplace  that that it was banal, which the Oxford dictionary of the English Language defines as “so lacking in originality as to be obvious and boring.”

The chilling part for me was that I didn’t sense any remorse from Armstrong. He acknowledged the use of Testosterone, EPO and blood transfusions but his reasoning for them then, and his apology or confession now felt to me like I was watching someone with no remorse and someone who felt that since everyone else was doing it that there was really nothing wrong with doing it. Armstrong’s cheating was the norm for his era, but his subsequent campaign to intimidate and destroy those that would tell the truth took his actions in cheating to a different level than his competitors.

The most chilling segment of the interview with Armstrong for me was when Oprah asked Armstrong if the things that he did, the blood doping, EPO and Testosterone use “felt wrong.”

Oprah: “Did you feel bad about it?”

Armstrong: “No, even scarier.”

Oprah: “Did you feel any way that you were cheating?”

Armstrong’s answer to this and to how he used lawsuits and threats to attack those that told the truth were chilling. I wondered what someone like Armstrong would do in life and death situations or to advance himself where the stakes were more than simply an athletic career and I could not fathom that level of banality, that level of selling ones soul for that type of personal gain and the destruction of the lives and reputations of others.

Armstrong commented on what he called his ruthless will to win: “My ruthless desire to win at all costs served me well on the bike but the level it went to, for whatever reason, is a flaw. That desire, that attitude, that arrogance.”

To simply refer to this as a flaw to me is to minimize the issue. I really don’t think that Armstrong gets how deep this is. I know that all of us have feet of clay and that Armstrong is not the first athlete to cheat to win or to attempt to cover up his cheating. However his cover ups, denials and attacks on those that attempted to tell the truth went beyond the norm for a sports cheater.  He went out of his way to destroy others to protect his legacy. Had he not suffered the loss of his Tour de France titles, the loss of control of his Livestrong Foundation and been banned for life from the sport I doubt that he would have ever even come this close to coming clean.

The years of cheating, the years of cover up and the years of destroying those in his way have probably changed Armstrong. He admitted that he cheated before his fight with cancer but he noted that he didn’t become “ruthless” in that until after it. He did it for the myth, the myth that his cheating helped him create and he rationalized it in the same way that others have rationalized evil before him. Robert J Lifton wrote of the Nazi Doctors “In doing so – or in order to do so – the men themselves changed; and in carrying out their actions, they themselves were no longer banal.” Armstrong took cheating to a higher level and in doing so victimized others.

I know that Armstrong’s story and foundation have doing many good things. The fact is that the evil committed by Nazi doctors also benefitted science, but it was still evil. The cheating was the least of the issues here. His sport was corrupt to the core. Cheating was the norm. The greater issue his what Armstrong did for years to maintain the lie at the expense of others. His was not a victimless crime, and call it what it was, it is a crime to threaten, intimidate and use the courts to attack and punish those simply trying to tell the truth.

As it is there are people familiar with the case that believe that his statements to Oprah about not having cheated after 2005 are also a lie. Unfortunately, given his history of deceit and manipulation of the narrative I tend to believe them.

Filed under News and current events, sports and life