Feet of Clay: The Common Flaw of the Best and Brightest 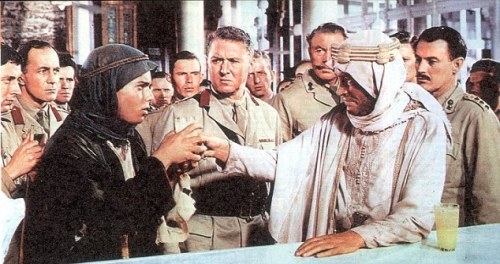 Character is a terrible thing to judge. Mostly because those doing the judging also suffer from flaws in their own character.  Yet somehow the temptation is for us to stand as judge, jury and character executioner on those that we find wanting. As a culture we like tearing down those that we at one time built up. It is a rather perverse proclivity that we have as human beings, especially if we can find some kind of religious justification for it.

I think that is part of the complexity of the human condition. As a historian I find that the most exalted heroes, men and women of often great courage both moral and physical, intellect, creativity, humanity and even compassion have feet of clay.

I find that I am attracted to those characters who find themselves off the beaten track. Visionaries often at odds with their superiors, institutions, and sometimes their faith and traditions. Men and women who discovered in themselves visions for what might be and pursued those visions, sometimes at the costs of their families, friends, and in quite a few cases their lives.

Throughout my studies I have been attracted to men as diverse as Peter the Apostle, Martin Luther, T.E. Lawrence, Dietrich Bonhoeffer, Erwin Rommel, Admiral Horatio Nelson, Abraham Lincoln, John F Kennedy, Dwight D Eisenhower, Franklin Roosevelt, Dr Martin Luther King Jr, Jackie Robinson, Teresa of Avila, Nelson Mandela, Vaclav Havel and Emir Feisal Hussein of the Arab Revolt. All had flaws. Some involved fits of temper and violence, others sexual escapades, mistresses, affairs, greed avarice, and maybe some that stretched law and morality in their quest to achieve their goals. But all are considered great men and women.

Feet of clay. Who doesn’t have them? But them I think that I would rather have feet of clay than a heart of stone, an an unchallenged mind, or a lack of courage to do the right thing even if it does not directly benefit me.

Tonight I watched for the first time straight through the cinema classic Lawrence of Arabia. Peter O’Toole plays Lawrence in a most remarkable manner, showing his brilliance, courage, diplomatic ability and understanding of the Arabs with whom he served.

There are many people, leaders and others that we encounter in life or that we study. Even the best of the best are flawed and there is no such thing as a Saint who never sinned. But we love destroying them and their memory when to our “surprise” when we find that their hagiographers built them into an idol.

I am a great believer in redemption and the weight of the whole of a person’s life. Thus I try to put the flaws as they are called in perspective and their impact both positive and negative in history. Studying in this way gives me a greater perspective on what it is to be human and to place my own clay feet in appropriate perspective.

It was an interesting film to watch.

However, speaking of feet of clay I will probably be writing about the Baseball Writers who vote for the inductees for the Hall of Fame. Today for the first time in nearly 4 decades no players were selected for induction, mostly due to the steroid era. But that is a subject for another night.