The Kevin Bacon effect is an understanding of the Six Degrees of Separation which posit that based on the “six degrees of separation” concept, which posits that “any two people on Earth are, on average, about six acquaintance links apart.”

I had heard of this before but really hadn’t given it any real thought, until yesterday. It was then that I realized just how close our lives are connected with others.

Cooper’s tweet and the following comments which are show here can be found on my Twitter feed to the left of this article on the page.

What do you want to ask @thatmarciaclark and @MarkGeragos about the Oscar #Pistorius case? Tweet your questions @AC360

Of course Mark Geragos and Marcia Clark were important attorneys involved in the O.J. Simpson trial. Geragos was the initial defense attorney for O.J. and Clark the led prosecuting attorney for the Los Angeles District Attorney’s office.

Now anyone that knows me well knows that I am a natural smart ass with a somewhat twisted sense of humor. My wife Judy can attest to this, and some people appreciate it while others do not find it as amusing. So I do try to be judicious about what I say and who I say it to. For me Twitter is fun, I do not take my comments on it seriously  nor for that matter the comments of most other people. Most of my comments are actually retweets of comics strips that I read on a daily basis. So I can sympathize with Babe Ruth who in 1922 was suspended by American League President Ban Johnson for using vulgar language to an umpire. Johnson wrote Ruth:

“Your conduct was reprehensible to a great degree, shocking to every American mother who permits her boy to go to a game. A man of your stamp bodes no good in the profession. It seems the period has arrived when you should allow some intelligence to creep into a mind that has plainly been warped.”

I admit my warpness and to me Cooper’s tweet was a target of opportunity. Without any malice towards the prosecutors of the Simpson trial, I tweeted out a comment more designed to mock the seemingly incompetent police and prosecutors dealing with the Pistorius case.

I follow a lot of people and organizations on Twitter. I have tweeted to famous people before. Most of the time there is no response but when there is it is usually polite and often appreciative of my humor or observations. I don’t think that I have ever received a hostile comment on Twitter, as opposed to Facebook where I have had plenty. Thus I didn’t expect the reply I got from Marcia Clark. 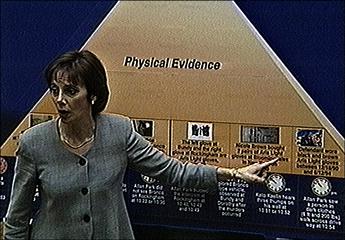 MT:“@padresteve: do you think SA prosecutors will make OJ prosecution team look like the dream team?” No DDA wants to look that sleazy. Fool

The comment amused me and of course being a smart ass I had to reply.

@thatmarciaclark Still testy after all these years and still can’t handle a joke. Call me a fool? Stay classy Marcia…

@padresteve Dish it out but can’t take it, huh Steven? I call ’em like I see ’em. Class is wasted on you – pearls before swine, baby 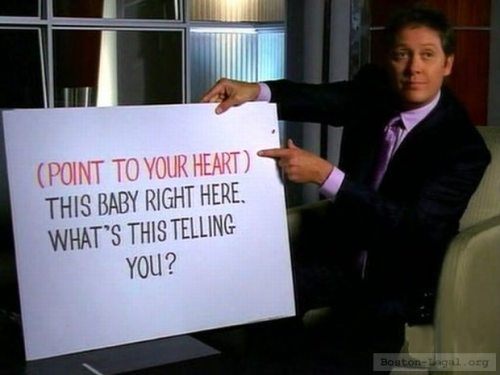 Now I was even more amused because I realized that Ms. Clark was taking this far more seriously than me. Hell, during the trial I wanted her team to win because I thought that O.J. was guilty as hell. I also thought that she was kind of attractive in a very aggressive sort of way, though I was disappointed in the way that she handed the trial. I began to feel like I was James Spader’s character in the TV Series Boston Legal Alan Shore, tweaking a high strung opponent without being really nasty.

So I finished the exchange with two tweets:

@padresteve @thatmarciaclark BTW no hard feelings, you gave me the most fun twitter exchange in a long time and I wanted you to win.

So now because Marcia Clark took the time to call me names because I was a smart as I have just one degree of separation between me and the O.J. trial and just two from O.J. himself. Thinking about this tonight as I gave my dog Molly a ride to Petco to get her treats I realized that I was connected to other famous people. I met Madeline Albright in 2005 which means that I am one degree separated from former President Bill Clinton who appointed her to her offices, and to Ronald Reagan, George H.W. Bush and George W Bush through Colin Powell who I met in 1985. The Defense Meritorious Service Medal that I was awarded in Iraq was signed and approved by General Ray Odinero who President Obama appointed to be Chief of Staff of the Army. Following the Bacon Effect I am connected to some of the most powerful people on the planet. How cool is that?

So anyway, for new readers please don’t take some of what I say too seriously. However, if you are a high strung former Los Angeles prosecuting attorney who has thin skin and not gotten over blowing one of the biggest criminal trials of the last century don’t take it personally. I wanted you to win and you were not helped by numbskull criminal investigators, a racist detective, incompetent coroners and the DA office that allowed the change of venue. It was a perfect storm of incompetence and reasonable doubt that led to O.J. getting off.  Besides Karma caught up with O.J. even though the glove didn’t fit and you still get asked to talk about other criminal cases on CNN and write books. Life isn’t that bad, so learn to take a joke, otherwise you will be one.

Filed under Just for fun, News and current events