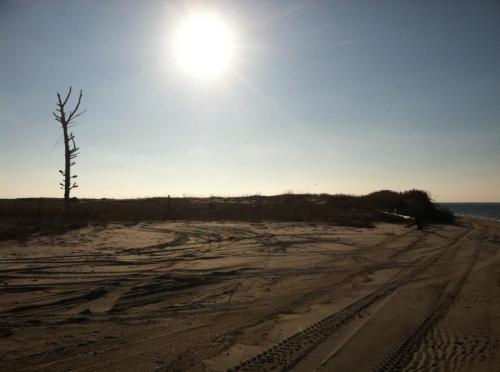 “Whether your faith is that there is a God or that there is not a God, if you don’t have any doubts you are either kidding yourself or you are asleep.” Frederick Buechner

I have always found that the story of the man who asks Jesus to heal his daughter in Mark 9:24 to resonate with me. The man cries out to Jesus “I believe, help my unbelief.”This has been part of my faith journey for decades. I think that it is one of the truest declarations of faith ever recorded. I know many people, believers of different faiths and unbelievers alike who believe with unrequited certitude. They outwardly proclaim what they believe as absolute and those who do mot believe like them are to be pitied or maybe even despised. While many will make that kind of proclamation I wonder how many believe with the certitude of their public statements be they a “believer” or an unbeliever.

Saint Anselm of Canterbury wrote “Faith seeks understanding. I do not seek to understand that I may believe, but I believe to understand.”

I confess that as much as I believe that I often doubt. Not that I doubt God, but rather that I doubt humanity’s capacity to truly understand the infinite possibilities of God or of human existence. I actually think that means that I believe in a pretty infinite kind of God. For me I have taken Anselm’s understanding of faith as any of us who profess to believe in God or something else as the closest thing to truth we will know in this present life. Our lives, our existence is shrouded in understanding that is at best “seen through a mirror darkly” in the words of Paul the Apostle.

Dietrich Bonhoeffer wrote “Man no longer lives in the beginning -he has lost the beginning. Now he finds himself in the middle, knowing neither the end or the beginning, and yet knowing that he is in the middle, coming from the beginning and going toward the end. He sees that his life is determined by these two facets, of which he knows only that he does not know them.

I love what some refer to as the Anglican Triad of belief, that the Christian faith is interpreted through Scripture, Tradition and Reason. But I also think that we as Christians also need to interpret it through our experience and humbly acknowledge that we do live in that “uncomfortable middle” neither knowing the beginning or the end.

This makes many if not most people uncomfortable. We want certainty. We want to be in control. However many no longer believe in themselves, much less a God that they cannot see and substitute an absolute belief in an “orthodoxy” of some movement, be it religious, philosophical, political or scientific and cling to it with unbridled fanaticism. That spirit is the genus of every mass movement and often the root of great evil. One only has to look at history to understand the truth of this.

Eric Hoffer wrote that “Even the sober desire for progress is sustained by faith- faith in the intrinsic goodness of human nature and the omnipotence of science. It is a defiant and blasphemous faith, not unlike that held by the men who set out to build “a city and a tower, whose top may reach into heaven” and who believed that “nothing will be restrained to them, which they imagined to do.”

Faith is important but regardless of what we put our faith in, God, humanity, science or materialism we have to own the limitations of our faith simply because of our existence in this uncomfortable middle. For me this limitation means that I believe in order to understand. My faith seeks understanding but understands that in this life I will not understand even the remotest amount of the vastness of creation, the spiritual aspects of life or even why there is the designated hitter rule, bats made of anything other than wood or artificial turf on a baseball diamond. But I digress…

My faith as it is as a Christian is in Jesus the Christ. It is stated in the Creeds and testified to in Scripture, tradition and history, but even those accounts are incomplete, John the Apostle says as much at the end of his Gospel as does Paul in Corinthians. Thus I believe that if Christians believe that we must honestly acknowledge the limitations that we have in understanding even what we claim to believe. We have to believe that there is in light of this limitation that we do not know “all truth” or even that we fully understand the limited amount that we actually can study or observe, or for that matter that we even correctly interpret those strongly held beliefs, be they religious, political, scientific or philosophical. That goes for the Christian, any other religious person, as well as the Pagan or the Atheist. Harry Callahan once said “a man’s got to know his limitations.”

Such a life does not lend itself to triumphalism of any kind, but rather in humility. Real faith in whatever we determine is truth is also is best demonstrated in our doubts and the honesty to admit our limitations. There is a prayer from Kenya that I found many years ago which says from the cowardice that dare not face new truth, from the laziness that is contented with half truth, from the arrogance that thinks it knows all truth, good Lord deliver us.