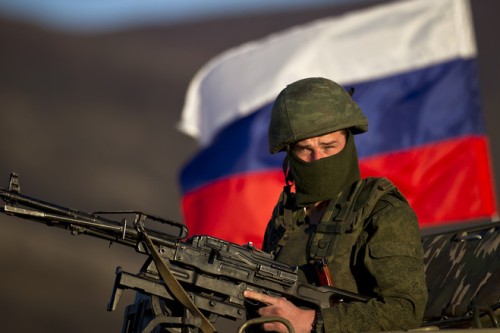 Vladimir Putin has successfully annexed the Crimea and reincorporated it into Mother Russia. It was masterfully done but it was not the first time that something like it has been accomplished. The last time was in March 1938 when Hitler with the assistance of Austrian Nazis and Pan-Germanists brought Austria into the Third Reich over the objections of its democratically elected leaders.

The pretext was the same. Ethnic Germans in Austria who wanted to be part of Germany ere being persecuted, just as was claimed about ethnic Russians in Crimea and the eastern Ukraine. The larger power, backed by military force moved to support the their allegedly persecuted brothers and sisters.

Like in the Crimea, the Nazi conquest of Austria was aided by Austrians. Austrians who with the assistance of the SS ensured that Jews, Socialists and others had their votes suppressed. According to official Russian news sources over 95% of Crimeans voted to become part of Russia. That number is lower than the 99.7% of Austrians who “voted” for incorporation in the German Reich, but numbers such as this are suspect.

The elections in both places were aided by the presence of a large military contingent from each major power. The Germans of course were more overt, their forces openly crossed the border with Hitler accompanying them. The German SS supported the moves of their Austrian counterparts as well as the Austrian SA in bludgeoning all opposition. 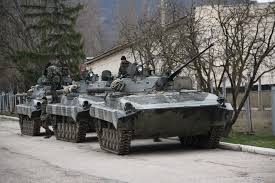 The Russians acting under the same pretext in 2014 denied that their troops had entered the Crimea, despite massive evidence to the contrary. In less than two weeks an “election” was held backed by Russian military forces and local police forces and political groups. Ethnic Ukrainians and Tartars who make up close to 40% of the population of Crimea were kept from the polls. 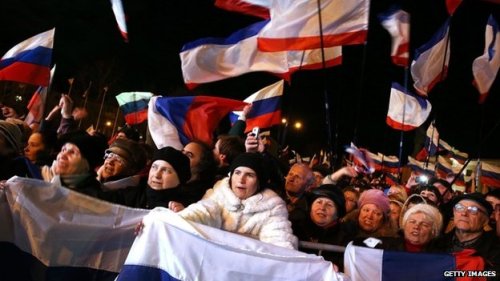 The parallels are startling. I expect that by tomorrow the Russian Duma will recognize the results of the Crimean election, and that with days Russian forces will move to annex other potions of the eastern Ukraine. These areas are gripped by Russian nationalist forces that are agitating against the Ukrainian government. The situation is so bad that many ethnic Russians in the region are objecting to the methods and propaganda.

But that will not stop Putin. For whatever reason he has decided that now is the time to begin to restore Russian dominance in the areas nearest to Mother Russia. It is a dangerous move.

Putin is moving more military forces into Crimea. There are credible reports that Russian military units, including the elite Spetsnaz commandos have entered the Ukraine and are attempting to create “false flag” incidents in order to justify Russian military intervention in the Ukraine. 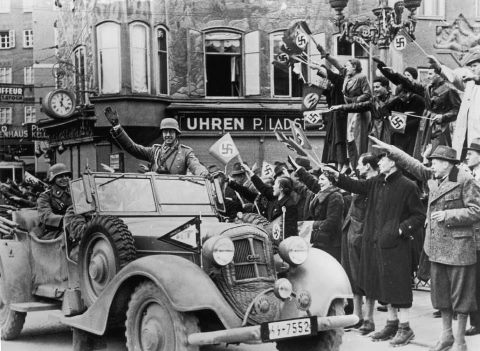 This is dangerous. The Ukraine is not Austria of 1938, nor is it Czechoslovakia of the same year where a similar drama was playing out in the Sudetenland where Hitler again taking advantage of the supposed oppression of ethnic Germans was used as pretext to threaten war. Then it forced the west to back down, and a Munich the leaders of Britain, France and Italy forced the Czechs to surrender that territory. But now, with the exception of Russia, the world is condemning the Russian aggression in Crimea and the Ukraine.  The UN Security Council voted 13-1 with one abstention to condemn the Russian adventure in Crimea. 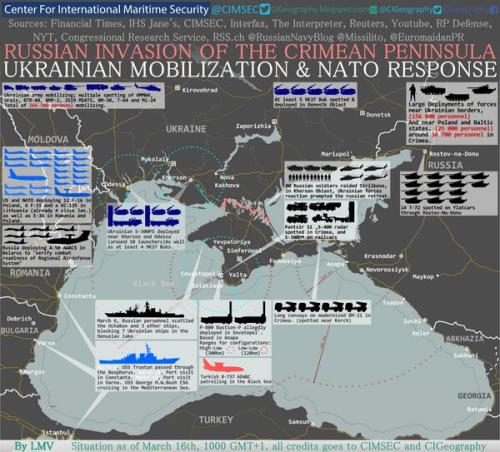 The next week promises to be eventful. A military “truce” has been agreed to by the Ukraine and Russia. That truce is set to expire Friday the 21st of March. Meanwhile the rhetoric in Ukraine and Russia is becoming more elevated even as military forces of Russia, the Ukraine and NATO move into positions around the region. The military situation could easily escalate beyond the best efforts of diplomats and a real disaster could ensue. 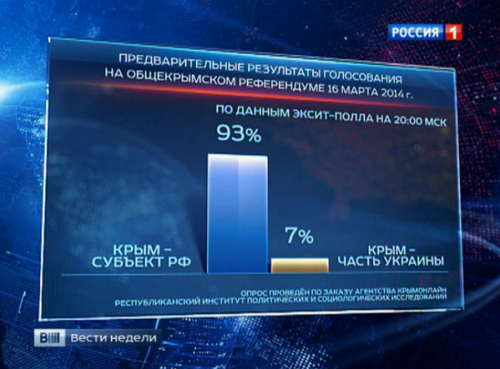 It is a dangerous and potentially volatile situation. Much blame can be laid at leaders of various Ukrainian political factions, the European Union, Russia and the United States for allowing the situation to get to this point. However, that being said the overwhelming responsibility for the increasing rise in tensions and potential for violence has to be laid at the feet of Russian President Putin. It is Putin who has not taken the path of conciliation and negotiation regarding what is happening in Ukraine. He has instead opted for confrontation. That course is is dangerous and is not in the interest of anyone, especially the citizens of the Ukraine.

Let it be clear that I am not a fan of some of the Ukrainian nationalists involved, who are neo-Nazis and fascists. That being said if cooler heads prevail, that negotiations taken in good faith followed by elections that are free, fair and not held under the threat of military intervention take place that the situation might resolve itself. However, if that does not happen I hate to see what happens.

I would hope that some kind of solution, maybe of the order of of a non-aligned Ukraine such as Cold War Finland would be negotiated. Such a course has been recommended by no less than Henry Kissinger. Unfortunately I do not think that will happen. The politicians, pundits and preachers, the Trinity of Evil in Russia, the Ukraine and the West are stoking the fires of passion with results that at best will make the world a less stable and more dangerous place, and at worst could lead to a disastrous war.