The True Harbinger of Spring: Baseball Returns to Hampton Roads 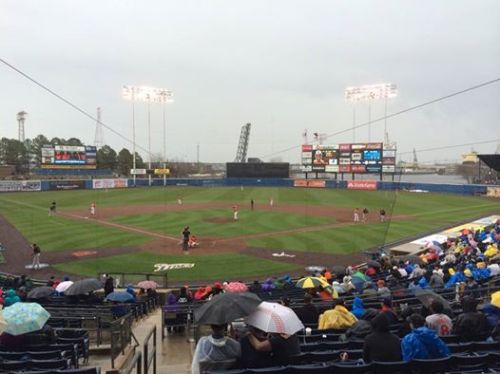 “That’s the true harbinger of spring, not crocuses or swallows returning to Capistrano, but the sound of a bat on a ball.”  Bill Veeck, 1976

After a long and hard winter here in Hampton Roads I can day that spring officially arrived on March 29th. Yes I know that spring actually according to the calendar began on the 20th but it really didn’t feel that way until today.

No I can’t say that the weather was that great, it was in the high 60s with rain showers which were heavy at times. However, like the swallows return to Capistrano baseball returned today to Hampton Roads.

Yes it was only an exhibition game between our home town Norfolk Tides and their Major League affiliate the Baltimore Orioles, but it was baseball. It was actually pretty good baseball because the Orioles and the Tides are stacked with some pretty good talent. After years of suffering it appears that we will do well in both the Major League and AAA Minor League levels.

The game was eventually rain shortened because the rain had made the field conditions too hazardous to risk injuries to players so close to Opening Day. The Orioles won 4-3, Matt Wieters hit a 3 run home run in the second inning that helped seal the win. 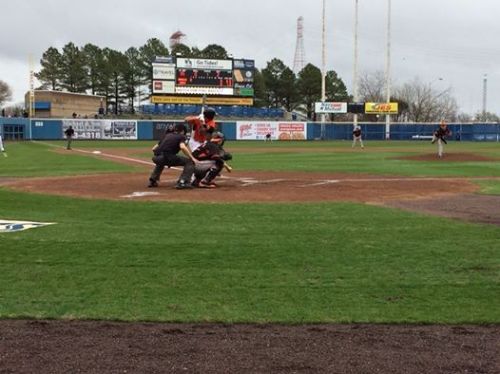 For me it was also special because the ballpark is a refuge for me. After Iraq a baseball game remains one of the few places that I feel absolutely safe. The past few years I was in North Carolina and did not get to see nearly as much baseball in person as I would have liked. Before I went there in 2010 on a geographic bachelor tour at the Camp LeJeune Naval Hospital I was a season ticket holder and this year I am again. I know a lot of people in the Tides organization and have seen some of the young Orioles work their way up through the minors at Harbor Park.

So today it really didn’t matter what the score was, or who won or even that the rain shortened the game. What mattered to me was that baseball was back and that with its arrival spring is really here.

Mark Kramer said that “Baseball is a harbor, a seclusion from failure that really matters, a playful utopia in which virtuosity can be savored to the third decimal place of a batting average.” That is something that I have to agree with, it is a safe harbor.

In a couple of days the regular season will begin for the Orioles and the Tides. The 162 game major league regular season and the 142 game minor league season, the latter which begins for us in Norfolk on Thursday April 3rd. Of course I will be catching the first Major League games on television and be there for our home opener on Thursday.

This is a good thing for me, as baseball is a calming influence in my life. I totally agree with Walt Whitman who wrote:

“I see great things in baseball.  It’s our game – the American game.  It will take our people out-of-doors, fill them with oxygen, give them a larger physical stoicism.  Tend to relieve us from being a nervous, dyspeptic set.  Repair these losses, and be a blessing to us.”

And with that I wish you blessings on this night.