There Will be Nightmares: PTSD & Memories of War

I’m really very tired today so another short post. I haven’t slept well in several weeks, part of this of course was the worry I had regarding my wife Judy and her cancer diagnosis, surgery and recovery. As she has gotten better I have been dealing with stuff from my own closet of anxieties. Those who have been reading my articles here know that I deal with PTSD, Traumatic Brain Injury and moral injury from my time in Iraq, and my return home. 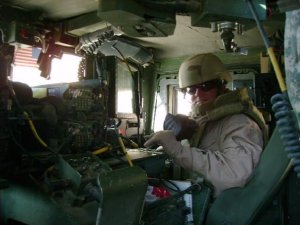 Last year I went through a very difficult time dealing with the military mental health system that I never want to repeat again. I hope I don’t have to, but I may. My therapist who I have had since last summer took a new job thousands of miles away and now I am going to have to find another therapist. I am hoping the man I see for my medication management can get me referred to someone good, because I do not want to be thrust back into the system and take the luck of the draw. That scares me to death, and since I found out my therapist was leaving and that I will not see her again I have been trying to keep my anxiety under control and not to panic. Awake I do pretty well with this, but when I try to sleep, all my Iraq stuff, plus all the very real and bad experiences that I had with the military mental health system last year flood my psyche. The night terrors are back, the terrible dreams and fears. It is not fun waking up in the middle of the night in a state of terror. Last year, after dealing with a number of providers and administrators I was nearly suicidal. It took the intervention of a former commanding officer who had been recently selected for promotion to Admiral in the Medical Corps to get me listened to and to get me the help that I sought. 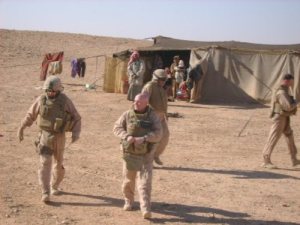 But I know that I am not alone, I will get the professional help that I still need and I do have some friends I can talk to about these issues. Likewise I know many combat who veterans deal with similar issues related to their service, as well what happened to them when they returned home from Iraq or Afghanistan. The return from war is often worse than actually being over there, few people really understand, unless they too have been there.

Guy Sajer wrote in his book The Forgotten Soldier, “Only happy people have nightmares, from overeating. For those who live a nightmare reality, sleep is a black hole, lost in time, like death.” General Gouverneur Warren, a hero of many Civil War battles including Gettysburg wrote to his wife after the war “I wish I did not dream so much. They make me sometimes to dread to go to sleep. Scenes from the war, are so constantly recalled, with bitter feelings I wish never to experience again. Lies, vanity, treachery, and carnage.”

I am a realist about this. I know that there is no magic wand which will make it all go away and I don’t expect any therapist, or even God to cure me. I can understand why Alexander Dumas in the Count of Monte Cristo wrote, “Moral wounds have this peculiarity – they may be hidden, but they never close; always painful, always ready to bleed when touched, they remain fresh and open in the heart.”

That is true and I know to some people that may sound like I have given up, especially because it runs counter to the snake oil salesmen who write self-help books which promise to heal you in whatever number of steps or exercises; especially the ones written by preachers. But that is not the case, despite everything I still have a love of life and lust for learning. Except that now I just have moved to a new level of understanding concerning my own dark places, and that pain that manifests at night as I try to sleep. Since nothing will take it away I need to live with it and realize that it won’t always be the first thing that I think about when I wake up in the morning. That my friends is the essence of hope.

One of my favorite actors, James Spader, plays a character named Raymond Reddington on the television show The Blacklist. During one episode he told another character something quite profound, something that if we actually embrace it can be somewhat comforting. “There is nothing that can take the pain away. But eventually, you will find a way to live with it. There will be nightmares. And every day when you wake up, it will be the first thing you think about. Until one day, it’s the second.”

I think that is why I can continue and at the same time seek to be available to those who suffer similar afflictions, and thankfully, I do still have those opportunities and as the late Henri Nouwen wrote, “Ministry means the ongoing attempt to put one’s own search for God, with all the moments of pain and joy, despair and hope, at the disposal of those who want to join this search but do not know how.”

Anyway, have a nice night.

4 responses to “There Will be Nightmares: PTSD & Memories of War”