Over the past few days I have been going back to a part of my Gettysburg and Civil War text dealing with women’s rights. I took a break from that yesterday to share a few thoughts on the 20th anniversary of my ordination to the priesthood. Sadly I had already posted that and was far too busy to spend any time on the terribly tragic events of the past few days in Dallas, St. Paul, and Baton Rouge. These senseless killings have left me stunned, I cannot believe that we have come to this. The carefully executed assassination of the Dallas Police officers who were marching with and providing security for Black Lives Matter marchers, and the video recorded killings of black men in St. Paul and Shreveport by police have left me wondering about our future as a nation. I don’t think that we can keep going on like this and survive. I will write more about this and post it Sunday or Monday as I want to be as objective as possible.

So today I am posting a section of the portion of my text dealing with a most amazing woman, Harriet Tubman. The more I ready about her the more I stand I awe. This section was a lot less detailed that in is now. I have spent a lot of time working on this section recently, and will probably do some more in the coming weeks, but I think that you will find it interesting, and still relevant in our society.

So until tomorrow, I with you peace, health, and safety,

The innate prejudices of many military and political leaders about the abilities and limitations of women in military service, often caused them to overlook how women could use that prejudice to their advantage, especially as spies. “African American women were generally dismissed as militarily harmless, a miscalculation that Harriet Tubman…used to immense advantage. Tubman, who had escaped from slavery in Maryland twenty years before the war and who had amassed considerable experience venturing into the south to guide runaways to the North undertook spying expeditions for the Federal troops on the South Carolina Sea Islands.” [1] The incredibly brave woman served throughout the war accompanying Union forces and securing vital information even as she worked to set other slaves free. Tubman’s “spying activities included convincing slaves to trust the Union invaders,” [2] many of whom would join the ranks of the newly raised regiments of U.S. Colored Troops. 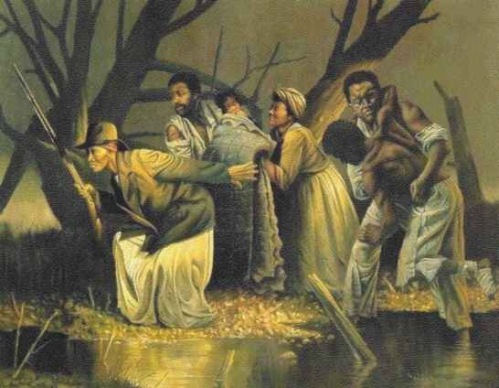 Tubman had been fighting her personal civil war for over twenty years before the war began. As an escaped slave she returned to the South time and time again as a “conductor” on the Underground Railroad, smuggling escaped slaves out of the South and to freedom. She “successfully returned nineteen more times, bringing out an estimated 300 to 400 people…. She worked with a determination bordering on ruthlessness: if an escaped slave tarried, she pushed him in; if a baby cried she muffled the sound.as she herself said later…. “I was the conductor on the Underground Railroad for eight years, and I can say what most conductors can’t say – I never ran my train off the track and I never lost one passenger.” [3]

In early 1863, Union commanders in South Carolina decided that Tubman would be valuable as a covert operative to lead reconnaissance missions behind Confederate lines and along contested waterways where Confederate personnel had laid torpedoes, what we now know as sea mines, and she organized a small unit of nine men who used small boats to find the torpedoes and warn the captains of Union vessels operating in those streams and rivers.

Eventually, Tubman’s actives “evolved into a kind of special forces operation under Colonel James Montgomery. A fervent believer in guerrilla warfare, Montgomery was a veteran of antislavery border fighting in Kansas.” The pair developed some of the most effective operations mounted by irregular and regular forces conducted by the Union in the war. In July 1863, Tubman came up with a plan for a raid, and in it acted as “Montgomery’s second-in-command during a night raid up the Combahee River, near Beaufort, South Carolina. The Union gunboats, carrying some 300 black troops, slipped up the river, eluding torpedoes that Tubman’s men had spotted. Undetected, the raiders swarmed ashore, destroyed a Confederate supply depot, torched homes and warehouses, and rounded up more than 750 rice plantation slaves.” [4]

The Confederate report on the raid unwittingly ended up praising the work of Tubman and the freed slaves of her unit. It noted that the enemy “seems to have been well posted as to the character and capacity of our troops… and seems to have been well guided with persons thoroughly acquainted with the river and country.” Union Brigadier General Rufus Saxton wrote to Secretary of War Stanton praised Tubman’s work, noting, “This is the only military command in American history wherein a woman, black or white, led to raid, and under whose inspiration, it was originated and conducted.” [5]

Tubman continued her work for the duration of the war and after it continued to assist freed slaves and black veterans and continued her work with campaign for women’s suffrage. In 1890 she was awarded a pension for her work as a spy, nurse, and combat leader. The valiant pioneer of abolition, women’s suffrage, and combat in war who was nicknamed “the General” by Frederick Douglass, died in 1913, and was buried with full military honors.

Other women served in various roles caring for the wounded. In the North, “Dorothea Dix organized the Union’s army nurses for four years without pay; Mary Livermore headed the Union’s Sanitary Commission, inspecting army camps and hospitals….Scores of others like Clara Barton, volunteered to be nurses.” [6] All of these women did remarkable service, mostly as volunteers, and many witnessed the carnage of battle close up as the cared for the wounded and the dying which often created ethic concerns for the women nurses:

“Clara Barton described her crisis of conscience when a young man on the verge of death mistook her for his sister May. Unable to bring herself actually to address him as “brother,” she nonetheless kissed his forehead so that, as she explained, “the act had done the falsehood the lips refused to speak.” [7]

The very existence of so many women who served in the ranks during the Civil War, and their “demonstrated competence as combatants, challenge long-held assumptions about gender roles…. From a historical perspective, the women warriors of the Civil War were not just ahead of their time. They were ahead of our time.” [8]

Of the women that served in the ranks during the war, some were discovered, and many of them remained protected by their fellow soldiers. Quite a few of these closeted women soldiers received promotions and even served as NCOs or junior officers. With women now serving in combat or combat support roles in the U.S. Military since Operation Desert Storm in 1991, the stigma and scandal that these cross-dressing women soldiers of the Civil War has faded and as scholars and the public both “continue probing cultural notions of gender and identity, the reemerging evidence that women historically and successfully engaged in combat has met with less intellectual resistance and has taken on new cultural significance.” [9] As the United States military services examine the issues surrounding further moves to integrate the combat arms we also should attempt to more closely examine the service of the brave and often forgotten women who served on both sides of the Civil War.

In addition to these tasked many other women were engaged in the war as “supply organizers, relief workers, pamphleteers all aided the cause, and female journalists covered it. Dorothea Dix and Clara Barton became powerful forces helping soldiers; Anna Carroll provided the propaganda. And the Civil War boasted its own version of Rosie the Riveter, women who did the dangerous work of making munitions at arsenals, many losing their lives in awful accidents.” [10]

Likewise, the war caused many educated women to take much more interest in “political and military issues and led many women to articulate a sharper consciousness of national affairs…. The feminist paper The Mayflower commented that “nearly every letter we receive breathes a spirit of deep feeling on the war question.” The editorial added that among women, “There seems to be little disposition to think, speak, read or write of anything else.” [11] In particular one women, Anna Ella Carroll, the daughter of Thomas King Carroll, a former governor of Maryland, “was interested in political theory and practice and was a profound logical thinker as well as an effective propagandist for the Union.” [12]  During the war she was in part responsible for persuading the governor of Maryland to keep the pro-secession legislature from meeting in 1861, defended Lincoln’s suspension of habeas corpus in that state, and is believed to have originated the military strategy in the Tennessee River Campaign, for which she was never given full credit even though there is documentary evidence that many leaders knew of her involvement. A recent biographer concluded that she “was a “tragic victim of reconstruction,” for if a military strategist, she was not given due credit.” [13] In the South it was often the same, the diaries of many educated Southern women show a tremendous interest and discernment of what was happening during the war, and in domestic politics, and frequently expressed their criticism of government and military strategy as the war continued.

[11] Attie, Jeanie Warwork and the Crisis of Domesticity in the North in Divided Houses: Gender and the Civil War edited by Catherine Clinton and Nina Silber, Oxford University Press, Oxford and New York 1992 p.253