Corker, McCain, Flake, and Von Papen: A Reflection on Words Without Actions 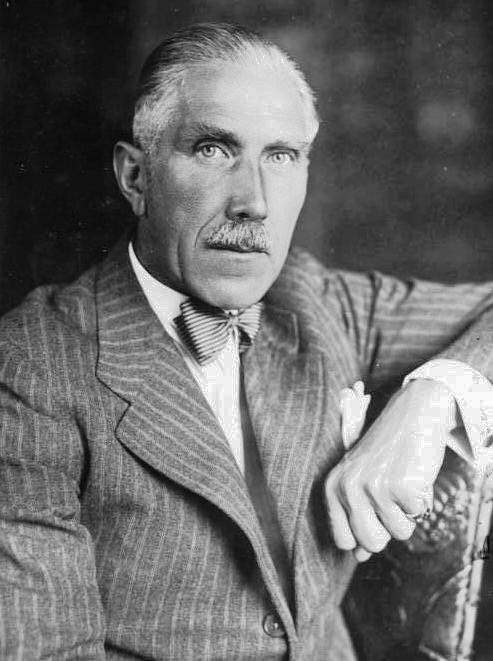 I have been listening to the words and watching the actions of Republicans who at one time or another have criticized or stood against the words and actions of President Trump. Likewise I have watched and listened for any pushback from military leaders at the actions of retired Marine Corps General John Kelly when like any hired partisan political hack he went to the defense of the President, and made false statements regarding a Democratic Congresswoman while pouring more gasoline on a fire that never should have been lit in the first place. As I have watched that spectacle I have been reminded of the words of one of my football coaches in high school who told me when I protested not getting playing time “your actions speak so loud I can hear a word you are saying.” He was talking about my performance in practice and his words helped me to set a new course for my life. I only wish that President Trump’s Republican critics would have gotten that message.

A number of Senators, Jeff Flake, Bob Corker, and John McCain, as well,as former President George Bush made sharp comments about the President’s actions, words, and his character, but were careful to avoid mentioning him by name. Corker was one of Trump’s earliest supporters but now has become one of the Presidents’s most stalwart critics. Senator Lindsey Graham, who has occasionally spoken out against certain policies of the President gave voice as to the real reason that congressional Republicans say little and do less to oppose the chaos of the administration, or President’s attacks on the Constitution, when he said that he wasn’t criticizing Trump because he was “working for tax cuts.”

Working for tax cuts while the President and his supporters like Steve Bannon threaten the very heart of the American system of government and the Constitutional rights of all Americans is a sad excuse for doing nothing. When I read the the comments of the erstwhile GOP opponents of Trump I am reminded of Franz von Papen and other German conservatives who in 1933 looked the other way when Hitler began his campaign to eliminate political opposition, including that of their own parties. Too late, Papen, who had helped convince President Paul von Hindenburg to make Hitler Chancellor. In a speech at Marburg University on June 17th 1934 Papen, then serving as Vice Chancellor spoke against some aspects of the National Socialist state without actually naming Hitler or the Nazi Party. Even so, the speech infuriated Hitler, and two weeks later Papen narrowly escaped death during the Night of the Long Knives when Hitler eliminated much potential opposition from inside and outside of the Nazi Party in a two day bloodbath in which three of his closest aides were murdered by the SS and Gestapo. Afterward Papen resigned his post and was appointed as Ambassador to Austria where he served during the Nazi takeover of that county, and later in Turkey. 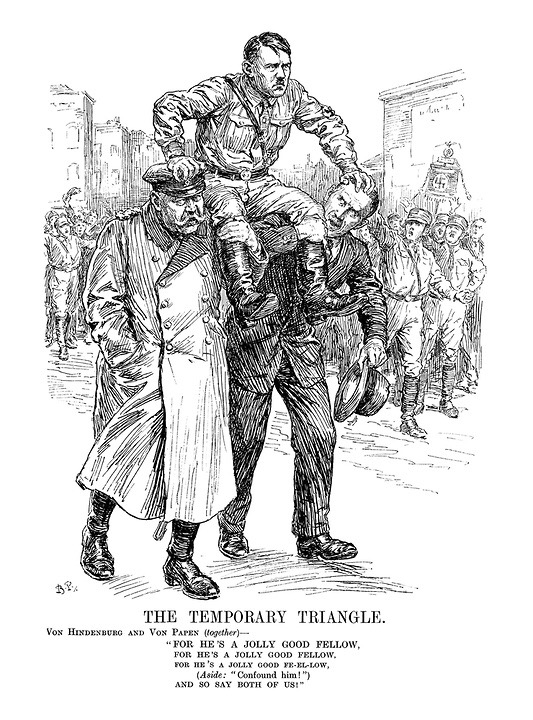 Other German conservatives, especially in the Army lent a hand to Hitler by both tacit agreement and silent acquiescence in those early years when it was still possible under the Weimar Constitution to remove Hitler, but their hatred of democracy and Hitler’s opponents on the political left prevented them from taking the courageous steps necessary.

Papen bore heavy responsibility for helping Hitler gain power and to carry out his initial work to eliminate organized political opposition, and to eliminate his opponents in the Nazi Party. Without the cooperation of Papen and other non-Nazis as well as their later silence, Hitler would not have been able to gain full power over the German state.

I wonder how many American conservatives, including GOP leaders, Christian ministers, and military men will end up regretting their acquiescence to President Trump. When I do that I am reminded of the words of Martin Niemoller, a German war hero from the First World War who became an influential pastor. He wrote:

“I hated the growing atheistic movement, which was fostered and promoted by the Social Democrats and the Communists. Their hostility toward the Church made me pin my hopes on Hitler for a while. I am paying for that mistake now; and not me alone, but thousands of other persons like me.”

Niemoller later wrote the immortal poem First They Came. I wonder how many of the people who either cheer on the President today, or knuckle under to his threats will find Niemoller’s words apropos when they find themselves under the gun. Niemoller wrote:

First they came for the Socialists, and I did not speak out because I was not a Socialist.

Then they came for the Jews, and I did not speak out because I was not a Jew.

Then they came for me, and there was no one left to speak for me.

Words matter, but actions matter more. This is a warning from history.