Thoughts on my 58th Birthday 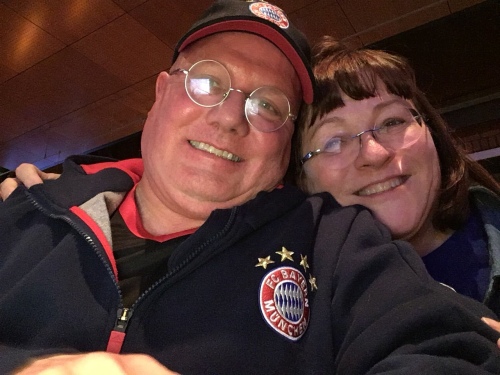 Today I am 58 years old. I don’t feel that old or act that old and truthfully it’s hard to believe that I am that old. At the same time I do know that I am getting older, the proof is in the pudding around my belly.

Despite remaining in pretty good physical shape for someone my age, (so far this month I have ran and walked 203 miles and will probably have ran or walked over 250 miles before the month ends)  I notice the signs of aging. Despite the amount of exercise and diet I maintain I gained a lot of weight and have a hard time losing it, so Thursday I’m going to the doctor and asking for a complete physical and blood panel.

My hair has been a lost cause for over a decade and I need glasses and hearing aids, although the latter are more for conditions not associated with aging, instead from neurological damage from PTSD, TBI, and concussive injuries. I struggle with PTSD and its demons which are especially noticeable when I try to sleep. My dreams, even those which are not nightmares or night terrors are often quite disturbing, and if not disturbing at the minimum very intense, but I digress…

All that being said after years of struggle following my tour in Iraq which included a faith crisis, severe depression, and even suicidal thoughts I am pretty much loving life again. My wife Judy is wonderful and I could not in a million years have a better wife. We have three great Papillon dogs, Minnie Scule, Izzy Bella, and our youngest, Pierre. One of my priorities in the next couple of months is getting Izzy the training that she needs to be a certified Therapy dog. She has the temperament for it and both she and Pierre are especially sweet and comforting. Minnie is sweet too, but she is quite quirky.

I love life even though I still struggle and I look forward to the future even though I cannot predict that future and the actions of President Trump scare the shit out of me. If there is one person in the world that makes me fear the future it is the current American President. As a military officer I swear my oath to the Constitution not the President and so I will continue what I believe is a principled opposition to his policies as long as I serve as well as maintain a honest Christian critique of the President based on my baptismal, confirmation, and ordination vows as a Christian and a Priest.

That could be risky, especially since there are about 35% of Americans who have proven that they will put their loyalty to the President over all principle, over their Christian faith, or any oath that they swore to the Constitution. Some of them not only speak in a violent manner but act upon their impulses. When I think about them I know that some would target me, and in fact I have been threatened  by neo-Nazis and White Supremacists on this blog and on social media but I must speak the truth.

Having grown up in a military family and subsequently serving over 36 years in the military I find much of my inspiration from military figures, especially those who opposed the totalitarian leaders of their own countries. Most of them are quite flawed men, like me.

One of those men was German Admiral Wilhelm Canaris who was executed on Hitler’s order at Flossenburg Concentration Camp on April 9th 1944 at the age of 58. He noted:

“I die for my fatherland. I have a clear conscience. I only did my duty to my country when I tried to oppose the criminal folly of Hitler.”

Another was General Ludwig Beck who stepped down from his position as commander of the German Army over Hitler’s threatened invasion of Czechoslovakia in 1938 and died in the attempt to kill Hitler on July 20th 1944. Beck noted:

We live in unusual and troubling times. What was considered normal public behavior and respect for law and the Constitution that was a part of the five previous Presidents that I served under is now gone. That is the fault of Donald Trump; the allegedly “conservative” commentators on talk radio and “conservative news sites;” from the lips of supposedly Christian leaders, the Fox Propaganda Network, and from every person who excuses Trump’s lies while condemning their political enemies for far less.

These indeed are unusual and troubling times, times that our Founders warned us about and tried to prevent by the manner in which they devised the government of this country. But their warnings have been ignored and their safeguards imperiled by the actions of the President, his followers, and the leaders of the Republican Party.

Despite that I will continue to face the future with a certain amount of hope even as I quite realistically speak out against the things I see based on my oath to the Constitution.

And I will enjoy my birthday.

12 responses to “Thoughts on my 58th Birthday”