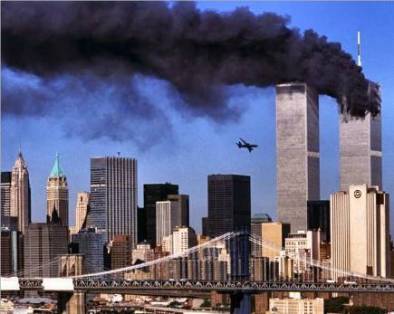 September 11th is a day that always makes me more introspective. It brings back so many memories, some that I wish I could forget; but I cannot get the images of that day out of my mind. The burning towers, the people jumping to their deaths to escape the flames, and the scenes of devastation. I knew one of the victims in the attack on the Pentagon, an Army Lieutenant Colonel, Karen Wagner who commanded a Medical training company at Fort Sam Houston where I was serving as the Brigade Adjutant in 1987 and 1988. She was a very nice person, very gracious and decent, admired by everyone who knew her; I was shocked to see her name on the casualty list after the attack.

The emotions that I feel on the anniversary of these terrorist attacks which claimed the lives of so many innocent people, and which devastated so many families, still haunts me, and my subsequent service, especially in Iraq has changed me. Years after he returned from his time in the Middle East, T.E. Lawrence; the immortal Lawrence of Arabia wrote to a friend, “You wonder what I am doing? Well, so do I, in truth. Days seem to dawn, suns to shine, evenings to follow, and then I sleep. What I have done, what I am doing, what I am going to do, puzzle and bewilder me. Have you ever been a leaf and fallen from your tree in autumn and been really puzzled about it? That’s the feeling.” I often feel that way.

Seventeen years ago I was getting ready to go to the French Creek Gym at Camp Le Jeune North Carolina where I was serving as the Chaplain of Headquarters Battalion 2nd Marine Division. I had returned from a deployment to Okinawa, Mainland Japan and Korea just two months before and was preparing to transfer to the USS Hue City, a guided missile cruiser stationed in Mayport, Florida.

At the time of the attack I had already been in the military for over 20 years and I had actually taken a reduction in rank to transfer from the Army, where I was a Major in the reserves, to the Navy to serve on active duty. In those previous 20 years I had served overseas during the Cold War along the Fulda Gap. I had been mobilized to support the Bosnia mission in 1996, and I had just missed being mobilized for Operation Desert Storm as my unit was awaiting its mobilization orders when the war ended. I had done other missions as well as the deployment to the Far East that returned from in July 2001; but nothing prepared me for that day. Like other career military officers I expected that we would be at war again and thought it might be back in the Middle East, and probably a result of some fool’s miscalculations; but like the American officers who were serving at the time of the Pearl Harbor attack, I never expected what happened that morning.

Tuesday, September 11th 2001 had started like so many days in my career. Routine office work, a couple of counseling cases and what I thought would be a good PT session. I was about to close out my computer browser when I saw a little headline on Yahoo News that a plane had crashed into the World Trade Center. I paid little attention and figured that a private plane, something like a Cessna piloted by an incompetent had inadvertently flown into the building.

That delusion lasted about two minutes. I got in my car and the radio, tuned to an AM talk station had a host calling the play by play. He started screaming “oh my God another airliner flew into the other tower.” Seeking to see what was happening I went to the gym where there were many televisions. I got there and saw the towers burning, with stunned Marines and Sailors watching silently, some in tears. I went back out, drove to my office and got into uniform. After checking in with my colonel a made a quick trip to my house for my sea bags and some extra underwear, and personal hygiene items. When I got back the headquarters we went into a meeting, and the base went on lock down mode. The gates were closed and additional checkpoints, and roadblocks established on base. Marines in full battle-rattle patrolled the perimeter and along the waterfront. I did not leave the base until the night of the 15th when things began to settle down and we all went into contingency planning mode for any military response to the attacks.

My wife, who as waiting for a doctor’s appointment with a friend saw the attacks on live television and knew when the first plane struck she told her friend that it was terrorism. Her friend responded “that damned Saddam Hussein.” Like so many of us who initially thought this, my wife’s friend was wrong.

Those were tumultuous days, so much fear; so much paranoia; and so much bad information as to who committed the attacks and what was going to happen next.

A few months later I deployed aboard Hue City to the Middle East where we supported the air operations in Afghanistan, anti-terrorist operations off the Horn of Africa and in Operation Southern Watch and the U.N. Oil Embargo against Iraq. I then did three years with Marine Security Forces, traveling around the world to support Marine Fleet Anti-Terrorism Security Team companies. For three years I was on the road one to three weeks a month traveling to the Middle East, Europe, the Pacific and many parts of the United States. Then I was promoted and transferred to Explosive Ordnance Disposal Group Two, from which I was deployed with my assistant to Iraq, where we served as members of the Iraq Assistance Group in all Al Anbar Province supporting small teams of Marine Corps, Army and Joint Force adviser teams to the Iraqi Army, Border troops, Port of Entry police, police and highway patrol. 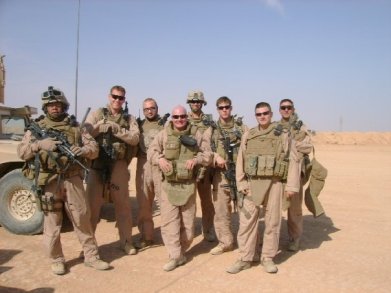 When I returned from Iraq I was a changed man and while I am proud of my service I am haunted by my experiences. One cannot go to war, see its devastation, see the wounded and dead, as well as the innocents traumatized by it. One cannot get shot at, or be in enclosed rooms, meeting with people that might be friends, or might be enemies, and while everyone else is armed, you are not.

War changed me, and my homecoming was more difficult than I could have imagined. I never felt so cut off from my country, my society, my church, or even other chaplains. My experience is not uncommon among those who have served in Iraq or Afghanistan, or for that matter those who have served in almost any modern war. Erich Maria Remarque in his classic All Quite on the Western Front wrote:

“I imagined leave would be different from this. Indeed, it was different a year ago. It is I of course that have changed in the interval. There lies a gulf between that time and today. At that time I still knew nothing about the war, we had been only in quiet sectors. But now I see that I have been crushed without knowing it. I find I do not belong here any more, it is a foreign world.”

That being said I would not trade my experience for anything. The experience of PTSD and other war related afflictions has been a blessing as well as a curse. They have changed my world view and made me much more emphatic to the suffering and afflictions of others, as well when they are abused, mistreated, terrorized and discriminated against. These experiences along with my training as a historian, theologian, and hospital chaplain clinician before and after my tour have given me a lot bigger perspective than I had before.

But I have to live with all of the memories. Guy Sajer wrote in his book The Forgotten Soldier, “Only happy people have nightmares, from overeating. For those who live a nightmare reality, sleep is a black hole, lost in time, like death.” General Gouverneur Warren, a hero of many Civil War battles including Gettysburg wrote to his wife after the war “I wish I did not dream so much. They make me sometimes to dread to go to sleep. Scenes from the war, are so constantly recalled, with bitter feelings I wish never to experience again. Lies, vanity, treachery, and carnage.”

As hard as this has been these are good things, and as I go on I wonder what will happen next. I do not think that the wars and conflicts which have followed in the wake of the 9-11 attacks will be over for years, maybe even decades. I pray for peace, but too many people, some even in this country seem to live for the bloodlust of war. One can only hope and as my Iraqi friends say, Inshallah, (إن شاء الله) God willing…

I wonder too, if the words of T.E. Lawrence reflecting on his service in the Arab Revolt are not as applicable to me and others who came back from Iraq, “We had been hopelessly labouring to plough waste lands; to make nationality grow in a place full of the certainty of God… Among the tribes our creed could be only like the desert grass – a beautiful swift seeming of spring; which, after a day’s heat, fell dusty.” I have lost too many friends in these wars, including men who could not readjust to home, many like me. I have seen the men and women, broken in body, mind and spirit and I wonder if any of it was worth it, and if in some of our response, especially the invasion of Iraq has not made a bad situation even worse, and turned the war into a generational conflict.

As for me, I am now an old guy by military standards. I recently celebrated 37 years of service and will, God willing, retire next year. Sadly, I know all too well that those who I have worked with, and those who are yet to enlist will be continuing to fight a war which seems to be without end long after I retire.

Yesterday and today there were and will be many ceremonies and services to remember the victims of the attacks. I think that is fitting. As I mentioned last night I did not take place in this year’s commemoration of the event at my base because I had been asked by name to do a funeral for a retired Navy Chief at a local veterans cemetery followed by more planning and preparing for the arrival of Hurricane Florence.

So please, have a good day and whatever you do do not forget those whose lives were forever changed by those dastardly attacks and all that has transpired in the years since. Honestly I did not think that we would still be at war today. It is hard for me to believe that we still are at war and that there is no end in sight.

At the same time I do hope that things will get better and that some semblance of peace will return to the world.