The Armistice Day Centenary: A Day of Conscience

Forty years after the guns went silent in on November 11th 1918, General Omar Bradley, spoke these words on the eve of Armistice Day, 1948:

Tomorrow is our day of conscience. For although it is a monument to victory, it is also a symbol of failure. Just as it honors the dead, so must it humble the living. Armistice Day is a constant reminder that we won a war and lost a peace…”

It was supposed to be the “War to end all war,” or so thought President Woodrow Wilson and other American idealists. However, the war to end all war birthed a series of wars which far exceeded the losses of the First World War as ideological wars, exponentially more powerful weapons, and systematized mass murder and genocide birthed new horrors.

“The Great War differed from all ancient wars in the immense power of the combatants and their fearful agencies of destruction, and from all modern wars in the utter ruthlessness with which it was fought. … Europe and large parts of Asia and Africa became one vast battlefield on which after years of struggle not armies but nations broke and ran. When all was over, Torture and Cannibalism were the only two expedients that the civilized, scientific, Christian States had been able to deny themselves: and they were of doubtful utility.”

In the First World War there were over 22 million military casualties including over 8 million dead of which over 126,000 were Americans. Close to 20 million civilians also were casualties of the war.

President Woodrow Wilson established what we know now as Veteran’s Day as Armistice Day in November 1919, a year after the guns went silent.

“To us in America, the reflections of Armistice Day will be filled with solemn pride in the heroism of those who died in the country’s service and with gratitude for the victory, both because of the thing from which it has freed us and because of the opportunity it has given America to show her sympathy with peace and justice in the councils of the nations…”

That initial proclamation was followed 45 years later by one of President Dwight D. Eisenhower. Eisenhower signed into law what we now know as Veteran’s Day in 1954.

In a sense I wish we had two holidays, one for Veterans from all wars in general and this one which we should never forget. It seems that in combining them we have lost some of the sacredness of the original. As Kurt Vonnegut wrote: “I don’t want to throw away any sacred things.”

Because of that, I will remember all who served tomorrow as we observe Veterans Day, but I will not forget Armistice Day.

It is important not to forget the horrors and results of the First World War because both it and the Second World War, have faded from memory. Most people today cannot fathom killing on such a large scale, the overthrow of powerful nations and dynasties, the creation of new nations built from diverse, and often rival ethnic and religious groups such as Czechoslovakia and Yugoslavia, or the re-establishment of ancient nations such as Poland.

Yet to those of us who have gone to war and studied past wars the end result is not so distant. It is a part of our lives even today. Edmond Taylor accurately noted in his book, The Fall of the Dynasties: The Collapse of the Old Order, 1905-1922:

“The First World War killed fewer victims than the Second World War, destroyed fewer buildings, and uprooted millions instead of tens of millions – but in many ways it left even deeper scars both on the mind and on the map of Europe. The old world never recovered from the shock.”

The cost in human lives alone is incomprehensible. In the short time that United States forces went into action in late 1917 on the western front and the armistice, 126,000 Americans were killed, 234,000 wounded, and 4,500 missing; 8.2% of the force of 4,355,000 the nation mobilized for war. More Americans were killed in the First World War than Korea, Vietnam, the Gulf War, Iraq, and Afghanistan combined. 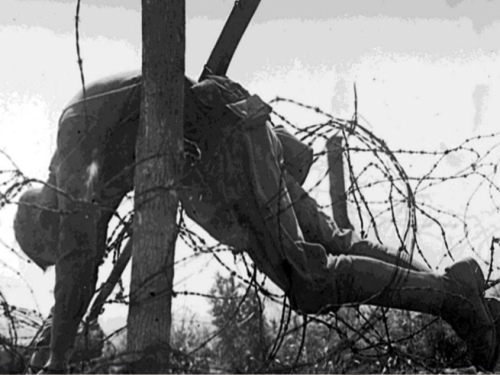 The human costs were horrifying. In all over over 65 million men served under arms in the war. Over 8.5 million were killed, over 21 million wounded, 7.75 million missing or prisoners or almost 37.5 million military casualties alone. That total would be roughly equivalent to every citizen of the 30 largest American cities being killed, wounded or missing.

Much of Europe was devastated and in the following months and years, mass numbers of refugees the dissolution of previously stable empires were displaced. A Civil War in Russia killed many more people and led to the establishment of the Soviet Union. Germany too was torn apart by civil war that left it bitterly divided and planted the seeds of Hitler’s Nazi regime. Border conflicts between new states with deep seated ethnic hatreds broke out. A flu pandemic spread around the world killing millions more. Economic disasters culminating in the Great Depression and social instability led to the rise of totalitarian regimes which spawned another, even more costly World War and a 40 year Cold War. The bitter results of the First World War are still felt today as conflicts in the Middle East in part fueled by the decisions of Britain and France at the end of the war rage on.

T. E. Lawrence, Lawrence of Arabia, who gained fame during the Arab revolt looked at the results of the war with a great deal of melancholy. He wrote:

“We were fond together because of the sweep of open places, the taste of wide winds, the sunlight, and the hopes in which we worked. The morning freshness of the world-to-be intoxicated us. We were wrought up with ideas inexpressible and vaporous, but to be fought for. We lived many lives in those whirling campaigns, never sparing ourselves: yet when we achieved and the new world dawned, the old men came out again and took our victory to remake in the likeness of the former world they knew. Youth could win, but had not learned to keep, and was pitiably weak against age. We stammered that we had worked for a new heaven and a new earth, and they thanked us kindly and made their peace.” 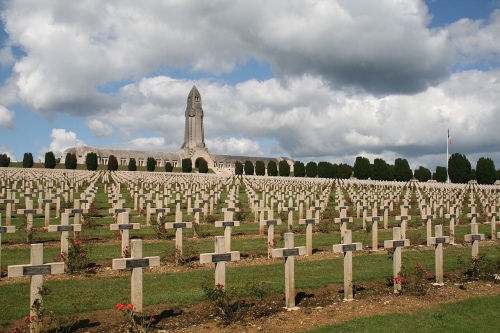 The his epic war poem, In Flanders Fields, Canadian Lieutenant Colonel John McCrea symbolized the cost of that war and the feelings of the warriors who endured its hell.

In Flanders fields the poppies blow
Between the crosses, row on row,
That mark our place; and in the sky
The larks, still bravely singing, fly
Scarce heard amid the guns below.

We are the Dead. Short days ago
We lived, felt dawn, saw sunset glow,
Loved and were loved, and now we lie
In Flanders fields.

Take up our quarrel with the foe:
To you from failing hands we throw
The torch; be yours to hold it high.
If ye break faith with us who die
We shall not sleep, though poppies grow
In Flanders fields.

Yes there are always consequences to actions. This weekend as we remember what we Americans now call Veteran’s Day, and the British refer to as Remembrance Day let us blood shed by so on the battlefields of Verdun, Gallipoli, Caporetto, Passchendaele, the Marne, the Argonne, Tannenberg, the Somme, Galicia, the Balkans, Flanders Fields, at sea and in the air. 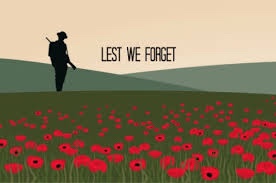 President John F. Kennedy said: “As we express our gratitude, we must never forget that the highest appreciation is not to utter words, but to live by them.”

Kennedy was right, that our appreciation is not just to utter words, but to live by them. Sadly, the current American President has no understanding of such nuances. He continued thump his chest and spit in the face of allies while, courting nations hostile to the very ideals of the United States. Likewise, the President, a man who never served in the military, and spent the Vietnam War avoiding service and dodging the draft while later comparing avoiding sexuality transmitted diseases to combat again dishonored the men who spilt their blood in the First World War. Donald Trump does not understand anything about history, war, courage, or honor. Sadly, he is all too representative of a generation that neither knows or cares about those things. He and others like him will be the ones that lead the world into another disaster.

“Strong prejudices in an ill-formed mind are hazardous to government, and when combined with a position of power even more so.”

I write in the hope of peace and an end to war.