A Titanic Departure to Disaster and Human Presumption: a Prelude to the Great Trumpian Disaster yet to Come… 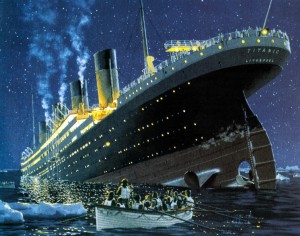 In 1912 the Bishop of Winchester said these words in a sermon marking the end of the R.M.S. Titanic: “Titanic, name and thing, will stand as a monument and warning to human presumption,” as well it should. Sadly, it seems that that Trump administration is doing its best to strip away vital safety, health, and environmental regulations that protect people from even worse disasters than that which befell the great ship 109 years ago, making it a a very contemporary story. But only a historian would understand that. I happen to be a historian.

The story of the Titanic has been told many times, and it should be a cautionary tale for those who in the name of profit and glory seek to dismantle safety and environmental standards. I remember reading Walter Lord’s classic treatment of the story, A Night to Remember back in 7th Grade. It made a tremendous impact on me, and every so often I will go back and read it again. 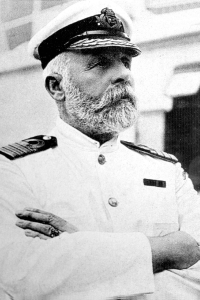 The Titanic’s Captain, Edward Smith, her was blinded by his faith in shipbuilding technology and had said about the Adriatic which he commanded previously, “I cannot imagine any condition which would cause a ship to founder. I cannot conceive of any vital disaster happening to this vessel. Modern ship building has gone beyond that.” A Senator Said during the hearings about the sinking of her captain, “Overconfidence seems to have dulled the faculties usually so alert.”

The story of what happened to the great ship is as hard to believe now as it was then, but then incredible tragedies be they the loss of ships, aircraft, buildings or bridges, and even spacecraft always invoke such feelings. When I was told about the Space Shuttle Challenger blowing up in 1986 I remarked to the young soldier who brought me the news “don’t be silly Space Shuttles don’t blow up.”  Walter Lord, who was probably the most prolific historian and author of the Titanic disaster used to talk of the “if onlys” that haunted him about the sinking of Titanic: “If only, so many if onlys. If only she had enough lifeboats. If only the watertight compartments had been higher. If only she had paid attention to the ice that night. If only the Californian did come…”

The word “if” probably the biggest two letter word that plagues human history, looms large in the tragedy of Titanic. The great ship, which was the largest ship and one of the fastest ocean liners of her time was the victim of her owner and operators hubris as much as she was that of the iceberg which sank her. The ship was heralded by Bruce Ismay, the Chairman and Managing Director of the White Star Line as unsinkable, a claim that was echoed in the press.

Her builders had no such illusions and protested the claims. Thomas Andrews the Managing Director of Harland and Wolff Shipyards where she was built commented “The press is calling these ships unsinkable and Ismay’s leadin’ the chorus. It’s just not true.”

Titanic was designed with the latest shipbuilding innovations, watertight compartments, a double bottom and equipped with wireless. She was billed as “unsinkable” by her owners but those innovations as advanced as they were for her day were insufficient to save her when her Captain and owners chose to charge through a known ice field at full speed.  Her watertight compartments did not extent far enough up the hull to prevent water from going over them.  Likewise it was never imagined that so many watertight compartments could be compromised.

As far as lifeboats, the great ship carried far too few. Thomas Andrews, her builder wanted 64 had his arm twisted to bring the number to 32 and Titanic sailed with only 20 of which 4 were collapsible boats smaller than smaller lifeboats. Justifying himself under antiquated regulations (which were written for ships of 10,000 tons) which allowed just 16 boats J. Bruce Ismay the Director of White Star Line told Andrews:

“Control your Irish passions, Thomas. Your uncle here tells me you proposed 64 lifeboats and he had to pull your arm to get you down to 32. Now, I will remind you just as I reminded him these are my ships. And, according to our contract, I have final say on the design. I’ll not have so many little boats, as you call them, cluttering up my decks and putting fear into my passengers.”

If only the Californian had come. Californian was the nearest vessel to Titanic and in easy wireless range. However her wireless was unmanned, she did not have enough operators to man it 24 hours a day.  Her lookouts saw Titanic but despite flares being fired from Titanic she never assumed Titanic to be in extremis. The next nearest ship, Carpathia heard the call and made a valiant attempt to reach Titanic but was too late.

If only…so many “if onlys” and so many traceable to one man, the Director of White Star Line J. Bruce Ismay.  Thomas Andrews would go down with the ship but Ismay ensured his own survival. Ismay is symbolic of men who allow their own hubris, vanity and power to destroy the lives of many.  He is so much like those that helped bring about the various economic crises that have wracked the United States and Western Europe and so many other tragedies.

After the disaster the tragedy was investigated by the United States Senate, as well as the British Board of Trade. However, the inquiry of the latter was condemned by the White Star Line’s Archivist, Paul Louden-Brown. He noted: “I think the enquiry is a complete whitewash. You have the [British] Board of Trade in effect enquiring into a disaster that’s largely of its own making.”

Ismay and Titanic are symbols of men guided only by their quest for riches and glory who revel in their power and scorn wise counsel or regulation, government or otherwise. They often believe that rules don’t apply to them. It is a cautionary tale for us today as corporations, lobbyists, and politicians seek to dismantle sensible and reasonable safety and environmental regulations for the sake of their unmitigated profit. Today we are seeing the Trump administration doing all that it can to strip away important safety, workplace, and environmental regulations in order to maximize profits.

But the warning goes far beyond that, it applies to any of us who adopt the mindset, “this cannot happen to us.” After all, there are times when we all end up as victims of our own hubris, such is the human condition. That is especially the case now where an American President defies all precedent, ignores laws, demeans the Constitution, stands against the very proposition of the Declaration, “that all men are created equal…” and who represents the unregulated hubris of men like Bruce Ismay. Had he been a passenger on board the ill-fated ship the President would have likely saved himself like Ismay, absconding into a boat while being the President of the Line to which Titanic belonged. Walter Lord wrote about Ismay:

“This Sunday he was enough a member of the crew to see the ice message that arrived from another ship. In the bright, sunny Palm Court—just as the bugler sounded lunch—Captain Smith gave him a warning from the Baltic. During the afternoon Ismay (who liked to remind people who he was) fished it out of his pocket and waved it at Mrs. Ryerson and Mrs. Thayer. In the smoking room before dinner, while the twilight still glowed through the amber-stained windows, Captain Smith sought and got the message back. Then Ismay walked down to the restaurant, immaculate in his dinner jacket, very much a First Class passenger. After the crash he went back to being in the crew—up with the Captain on the bridge … consulting with Chief Engineer Bell … and now, despite the tongue-lashing from Fifth Officer Lowe, shouting orders about the boats. Then came another switch. At the very last moment, he suddenly climbed into Boat C. Down it dropped, with 42 people including Bruce Ismay—just another passenger.”

That would be President Trump. He loves playing President, and playing the role of the Commander in Chief but he would abandon the ship of state, the citizens of the United States, and even the cult of people who believed every word he said. He does that every day, so it is not unlikely that when the ultimate disaster occurs that he will abandon the country and even his Cult members who he called “the most loyal people” who he will sell out on. Sinking ship to preserve himself.

This is a hard lesson to learn, but believe me when I say it. It is the history of Donald J. Trump, and all he has done as a businessman and as President. Ask all of the loyal men and women who volunteered to serve in his administration whose lives and reputations are in tatters.