A Higher Standard: I condemn those that Deny Reason, Science, and Facts to push a Theocratic Agenda during a Pandemic 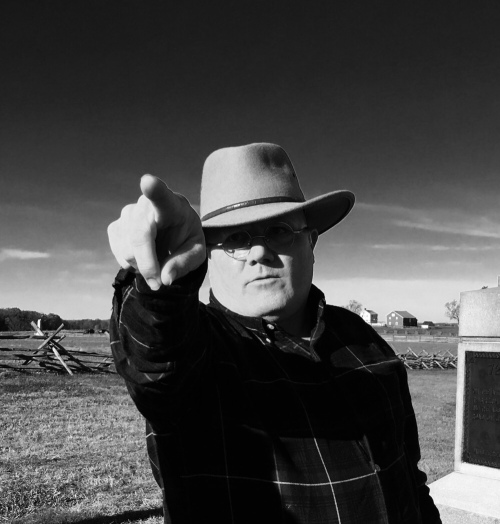 i didn’t get a chance to write last night because I left my iPad in my office and it took forever to do my updates to and get my MacBook Air updated, and my maxed out email storage brought under control. But I’m back and Friday is a good night for Fighting.

Over the past few weeks I have become more and more incensed and angry at the theocratic Christian Conservatives who deny reason, science, and even their own faith to enforce their political culture war agenda of reopening churches. Where allowed, many of the churches that restarted services and claimed to be obeying rules on social distancing and masked, didn’t really do it, just like a lot of bars, restaurants, and businesses. Now the pandemic has exploded across the country and many pastors and Christian leaders are playing the Christian persecution card to the hilt, though they are the ones applying for millions of dollars of government hand outs that they take while fighting against The rights of citizens that they hate politically, religiously, racially, of for their sexual identity or gender, and willingly serve a President who is willing to carry their water for them. President Trump and his theocratic supports is willing to use the police power of the state against their opponents to ensure his political survival. His Attorney General Bob Barr is the key to ensuring that happens.

Likewise, this supposedly “pro-military” President and his followers who proclaim that they “support the troops” have no problem demonizing and attacking military officers like Army LTC Alexander Vindman who in obedience to the oath he took to the Constitution and duty to the American people to testified to the truth of Trump and his administration’s collaboration with Russia and against both the United States and the Ukraine during his testimony during the House impeachment hearings.

Tonight on my Facebook Page I posted these words in response to an article about a pastor of a church in Sacramento California complaining that restrictions on signing during worship were discriminatory and infringements on his congregation’s right of worship and the against the Free Exercise of Religion of the First Amendment. Of course the arguments are spurious, because as our Founders and the Supreme Court have stated that all have limitations, especially when the cost is innocent human lives.  I wrote:

I don’t give a damn what anybody thinks of me but I am going to be blunt as hell about this. All the preachers of whatever church denomination who protest about their religious liberties being more important than the lives of a deadly pandemic that is blazing out of control, because governments are putting restrictions on their rights to gather are malevolent and need to be called what they are, “evil people” masquerading as saints. The Christian ones especially who claim to be “pro-life” are ministers of death who despite their pious words the the contrary. They don’t give a damn about the lives of their parishioners, those people’s families, friends, or coworkers, They have no problem using government to deny the rights of other citizens using their massed ranks of highly paid and funded lawyers and legal organizations, but want the government to support them with financial hand outs, while fighting against the civil rights of people whose lifestyles, genders, politics, religion, or even race and ethnicity that they hate. They do this for the sake of their political power, to turn the government into a wretched theocracy so they can persecute who they will, when they want to using the police power of the government. I will fight these ministers of death to the death. They eschew reason, science, and facts to claim that they are being persecuted. Well friends, there is religious persecution going on in this country, but it is the radical, politically motivated, and well off Christian Conservatives that are doing it. I will fight them because I believe in true freedom of religion, not their right to subjugate others like previous Christian leaders did from Constantine on. I also believe in the Gospel that they so blatantly deny with their actions. I close with this: “As long as the prerequisite for that shining paradise is ignorance, bigotry and hate, I say the hell with it.” Henry Drummond (Spencer Tracy) Inherit the Wind.

By the way if you do not like it, don’t even try to engage me on it here. Too many people are dying because they went to church and spread the virus. Those churches are referred to as “super spreaders” because even the ones who supposedly were practicing social distancing and wearing masks were letting their choirs sing, and not enforcing masks, even if they limited numbers. I say these hard words because I give a damn about human lives, and place them above the right to gather inside a church and spread a killer disease, and I say the hell with anyone who values their right to gather unsafely, not just in church but anywhere, and bring sickness and death to others. However, I hold religious leaders, especially Christians that claim to be “pro-life” to a much higher standard.

I hate to say it but I will say that these Christian Theocrats who like a religious cult support a man whose words say that he is their “chosen one” but in his life and action shows him to be nothing more than a tinhorn wannabe dictator with no respect for the Christian Faith or religious liberty. The fact is that he realizes that gullible Christians whose only concern is taking over the government to establish a theocracy where they make the laws and heretics, dissenters, and skeptics who refuse to two their line are targets for retaliation, the Constitution, Declaration, and Message of Jesus be damned. If there is any threat to liberty or religious liberties in particular, they are at the center of it.

As Spencer Tracy playing Henry Drummond in Inherit the Wind, the fictional version of Clarence Darrow during the Scopes Monkey Trial said: “As long as the prerequisite for that shining paradise is ignorance, bigotry and hate, I say the hell with it.”

As far as these supposed defenders of religious liberty are concerned I also say the hell with them. That may seem harsh but if the God they supposedly represent takes his or her theology lessons from them, I need a set of asbestos water skis for my eternal vacation on the Lake of Fire. But as Henry Drummond said, said: “As long as the prerequisite for that shining paradise is ignorance, bigotry and hate, I say the hell with it.”

8 responses to “A Higher Standard: I condemn those that Deny Reason, Science, and Facts to push a Theocratic Agenda during a Pandemic”