The Passage of the Nineteenth Amendment: Suffrage Delayed for Political Expediency and Justice Still Denied 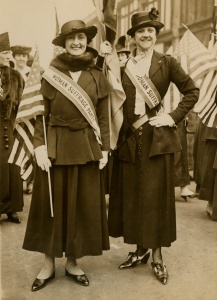 For the last few days I have going back to a part of my book manuscript “A Great Civil War in an Age of Revolutionary Change” in a chapter dealing with women’s rights. This is the conclusion of that series of articles. I found it interesting and ironic that President Trump issued a pardon to Susan B. Anthony this week for the act of trying to vote, something that he is fighting desperately against in the midst of a pandemic. Likewise because she was proud of her “crime” and she didn’t want a pardon.

The struggle for Women’s rights continued after the war, which neither advanced nor reduced the rights of women, but the end of the war marked a change in the relationship with women’s rights advocates and their former allies in Congress. Likewise, the same evangelical churches which many of the women’s rights leaders had begun their crusades “which had been in the forefront of ante-bellum reform upheld the status quo.” [1] This was true of their support for women’s rights, as well as civil rights for blacks, and supported the use of force against strikers.

After laboring alongside abolitionists to abolish slavery and pass the Thirteenth Amendment, women’s rights leaders lobbied to have women’s suffrage linked to that of black suffrage.  Women’s rights leaders asked Congress to include universal suffrage as parts of the Fourteenth, and then the Fifteenth Amendments. However, the Radical Republicans were fearful that including women’s rights in either measure could lead to the rejection of Black citizenship and suffrage for Black males.  The decision was a bitter disappointment to Stanton, Anthony and other Women’s rights leaders, and it would adversely effect the rights of Black Women in the hell of the Jim Crow era, and even today where Black Men are frequently the victims of discrimination and violence, and Black Women still find themselves at the back of the bus when it comes to education, employment opportunities, healthcare, and yes at the ballot box. I do hope that the nomination of Kamala Harris as the Vice Presidential Running mate of Democratic Presidential Nominee Joe Biden will tip the scales toward their victory and hopefully a change for the better in the rights of Blacks, Women, and all minorities.

Stanton responded to one of the Congressmen who refused to support it by noting that failing to include women in these measures actually hurt the cause of African Americans and would doom Reconstruction because it would exclude black women from suffrage,, “our former champions forsook principle for policy, and in giving women the cold shoulder raised a more deadly opposition to the negro than we had yet encountered, creating an antagonism between him and the element most needed to be propitiate do on his behalf…. But Mr. Smith abandons the principle clearly involved and I trenches himself on policy. He would undoubtedly please the necessity of the ballot for the negro at the south for his protection, and to point to innumerable acts of cruelty he suffers to-day. But all of these things fall as heavily on the women of the black race, yea, far more so, for no man can ever know the damning degradation to which woman is subject in her youth, in helplessness and poverty…. Women everywhere are waking up to their God-given rights, to their true dignity as citizens of a republic, as mothers of the race…” [2] 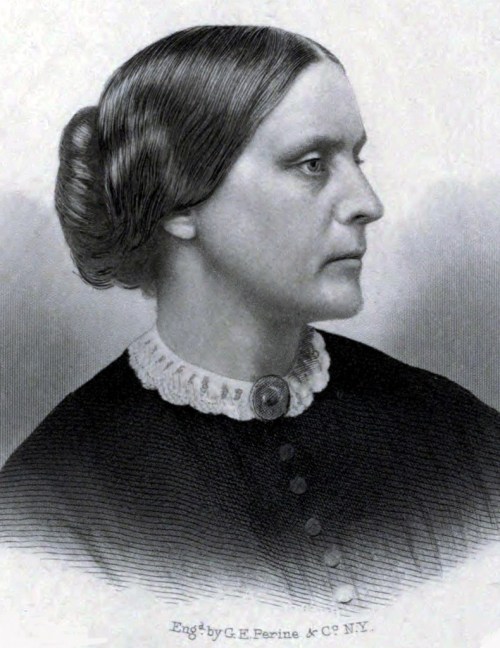 Susan B. Anthony was arrested with a number of other women and convicted of trying to vote in the 1872 elections. After her conviction she condemned the resistance of white male politicians to universal suffrage, and of attempts throughout the country to limit and even role back suffrage rights which had been granted to African Americans after the war. After her trial and conviction she proclaimed, “This government is no democracy…. It is an odious aristocracy; a hateful oligarchy of sex” that placed “father, brothers, husbands, sons… over the mother and sisters, of every household.” [3]

Despite the setbacks suffered by women, the cause of women’s rights continued to grow as women asserted themselves in the workplace, in the press, in lobbying for workplace safety, and taking up leadership roles in the labor movement. Likewise the opportunities for women working in Federal Government agencies which had opened during the war continued to grow. “By 1875 the number in Washington had doubled. Federal, State, and local agencies were employing women clerks, bookkeepers, stenographers, and receptionists…. Competition for jobs was keen because wages were higher and workdays shorter than most other lines of work, and it was exciting to live in the nation’s capital.” [4] even so there was a certain amount of insecurity in such work as many Civil Service jobs were dependent on the patronage of elected officials. It was not until the first civil service acts in the 1880s that the danger of job loss from political change was minimized.

In the 1890s educational opportunities for women advanced as women’s colleges and land grant colleges open their doors to women as students, and later professors. Likewise, the establishment of teacher’s colleges and vocational training institutions expanded opportunities for women as the need for teachers and other specialists grew as the nation expanded. The women nurses of the war continued to find employment, and some went to Europe where they let their service to the French and Prussians during the Franco-Prussian War. After the war new nursing schools were opened, and medical colleges that allowed women to attend were established. By the 1890s “more than a dozen medical colleges were co-educational, including those of Syracuse, California, Iowa, and Harvard University.” [5] Medical societies began opening their doors to women as well, but in many cases the walls fell slowly as prejudice against women remained as strong as it ever was.

Even so, none of these efforts went without opposition, and in the face of it the movement itself split into a radical faction headed by Susan B. Anthony “which continued to press for a national constitutional amendment and a moderated wing led by Mary Livermore and Henry Ward Beecher which wanted to limit the campaign to what could be accomplished in state legislatures.” [6]

Sadly, none of the pioneers of women’s rights would live to see the passage and ratification of the Nineteenth Amendment which gave women the right to vote in 1920. The Equal Pay Act, which mandated the equal pay for Federal employees did not pass until 1963, and the ill-fated Equal Rights Amendment which simply stated “That equality of rights under the law shall not be abridged by the United States or by any State on account of sex” was introduced in 1923, but not passed by Congress in 1972,  but was never ratified falling three states short of ratification, mainly due to the opposition of religious conservatives who propagandize diet as a threat to traditional gender roles, citing in particular that the amendment might result in women being subject to the draft.

Even so, in the years following the failure of the amendment, women have continued to advance in the private sector, government, and the military, with women rising to be Chief Executive Officers of Fortune 500 companies, in elected office, as Cabinet Secretaries and on the Supreme Court, and even as four-star Generals and Admirals in the U.S. Military. Today women make up over half of college graduates and nearly half of the work force. To further increase opportunity the Department of Defense decided to open military occupational combat arms specialties previously restricted to men to women in 2015. Even so women can still be legally paid less, and discriminated against based on their gender in many states. Thus the Nineteenth, like the Thirteenth, Fourteenth, and Fifteenth Amendments, the Voting Rights Act of 1964, and the Civil Rights Act of 1965 are yet to be completely fulfilled.