Something is going on in Iran.  The despotic regime of Mahmoud Ahamadinejad has been cracking down on dissidents and protestors over the last few months since the disputed presidential election.  Two opposition leaders were hanged yesterday.  The opposition is calling for protests on February 11th to coincide with the 31st anniversary of the Iranian Revolution.  At the same time government supporters and the Iranian Revolutionary Guard forces are planning both pro-regime activities as well as anti-opposition crackdowns in the days leading up to this event.  To add to the volatile mixture Iran’s President Mahmoud Ahamadinejad has threatened a “harsh blow against global arrogance” on the 11th.  There has been no explanation of what Ahamadinejad meant by his cryptic comments by the Iranian news service but  the Obama administration is taking them seriously by sending additional Aegis Missile ships equipped with anti-ballistic missile systems as well as Patriot air defense missiles to the Persian Gulf. To give you a glimpse of some of the confusion surrounding the current situation in Iran and in its implications for the West I have linked a number of articles from a wide variety of sources here:

Massed Protests in Iran have been met by force

If you take a look at the details of these various reports there are a number of possibilities in regard to Iran, its internal political tensions and its repeated threats to US and Western interests. There are a myriad of possibilities many of which while directed outward are also directly related to the internal unrest in Iran in which a new generation who have grown up under the religious totalitarianism of the Mullah’s and men like Ahamadinejad who are convinced of the certainty of their beliefs and determined to impose them not only on their own people but their neighbors.  Ahamadinejad’s belief in the return of the 12th Mahdi to bring in a new era where the Caliphate will be established in Jerusalem is another wild card to factor into any equation.

In the past year the Iranians have been increasingly more bellicose concerning their nuclear program and ballistic missile programs and have thwarted US, EU and UN initiatives to ensure that the nascent nuclear capacity is only capable of peaceful use and not capable of producing weapons grade uranium which could then be used in nuclear weapons.   They have expanded the number of centrifuges used for enriching uranium as well as continued to disperse and harden nuclear facilities against possible Israeli or US preventive strikes.  Additionally they have continued to increase their ballistic and cruise missile capabilities and the newer versions of the Shahab missile are capable of striking Western Europe.  The Revolutionary Guard forces have been actively supporting the Hezbollah terrorist group in Lebanon which in 2006 waged a successful war against Israel on the Israeli-Lebanese border.  It has continued to improve its asymmetric warfare capabilities as well as Naval and Revolutionary Guard Naval force capacity for disrupting shipping in the Straits of Hormuz through which a large percentage of the world’s oil is transported. 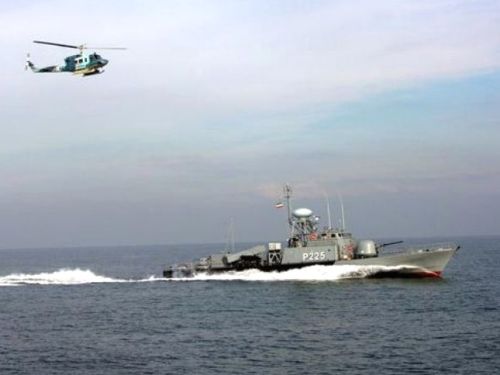 Ahamadinejad’s latest remarks are ambiguous and could mean a number of things ranging from empty rhetoric designed to evoke a response from the United States or Israel up to military action.  Possible events within the continuum could be measures to destabilize Iraq where recently Iranian forces briefly occupied an Iraqi oil facility on the border near Basra before leaving when Iraq sent troops and threatened force to retake the facility.  Likewise a missile test of an upgraded or longer range Shahab could be planned, a military exercise in the Gulf or a test of a nuclear weapon which they might have succeeded in developing in their clandestine labs from previously enriched uranium.  The timing of the threat could also mean a military attack against Israel or US allies in the Persian Gulf including Kuwait, Bahrain, Qatar, the United Arab Emirates or Saudi Arabia.  Iran could in a “doomsday” strike launch a nuclear weapon (should it have an operation weapon) or chemical or biological weapons against Israel or even the rival Sunni Moslem Kingdom of Saudi Arabia, provoking a retaliatory strike which could embroil the region in a major war and might have worldwide implications. While I would think that the military attack would be a lower possibility the timing which coincides with the anniversary of the Revolution coupled with domestic unrest could mean that Ahamadinejad may feel that the benefit outweighs the risk.  It also could mean a stronger domestic crackdown on Iranian dissidents, whichever course of action the Iranians take it could make life even more interesting.

With the full spectrum of possibilities from simple rhetoric to a military strike laid out the Obama administration reportedly has sent Patriot Missile batteries to shield key Gulf allies and dispatched additional Aegis anti-ballistic missile capable ships from the US Navy to the Gulf.  Past remarks by the administration have been perceived as weak by the Iranians and the demonstration of US resolve by the dispatch of additional forces to the region may be designed to show that the Obama administration is not indecisive but capable of countering military threats to the region. 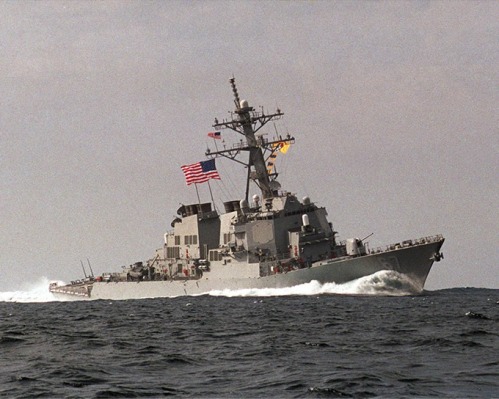 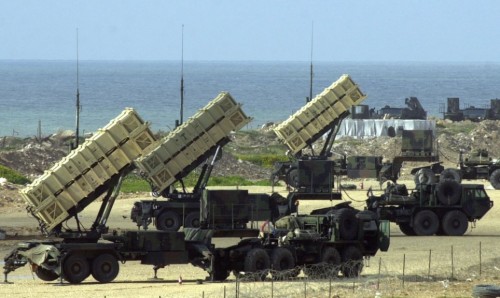 The administration’s move is prudent considering the potential threat.  Iran does not have the capabilities to fight a sustained war but could if fueled by the apocalyptic vision of Ahamadinejad mean that the Iranian government is willing to risk a confrontation with the United States because it perceives the Obama administration as weak.  I think that such an assumption by Ahamadinejad would be a serious mistake, however if he were to attempt a military or asymmetric-terrorist act of some kind he could create chaos until the United States and our allies eliminate his offensive capability.

Potential problems that Iran could cause the United States could include disruption of transition efforts in Iraq through military or terrorist activity as well as to cause casualties or damage US military forces in that country. Far less likely is the possibility that the Iranians could offer support to their rivals in Al Qaida and the Taliban in Afghanistan if for no other reason than to disrupt the US/NATO mission in that country. Likewise the Iranians could attempt to cause economic and diplomatic problems in the region that would adversely affect the US and world economy that could be done short of war.

To deal with all possibilities the United States must not only be militarily ready to respond to any military threat but also to be able to exercise the full spectrum of diplomatic, economic and intelligence resources of its own and our allies.

So in about a week and a half we will know what the cryptic Ahamadinejad meant by his latest outburst, hopefully there will be some clarification before then so the US and its allies in the region can coordinate an effective response.  With tensions rising and uncertainty in the air it is important for the US, Israel and the West to get this right and hopefully give the Iranian opposition time to force Ahamadinejad and his supporters in the Iranian clergy and the Revolutionary Guard from power.  There is both danger and opportunity in the coming days and one can only hope that the Iranian opposition will be successful.