Phillies and Oswalt Down Giants 6-1 Even Series 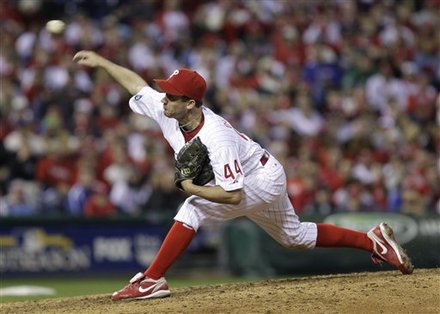 The Philadelphia Phillies smarting from their game one loss against the San Francisco Giants evened the NLCS with a 6-1 win on Sunday night.  The game was actually much closer than the final score would indicate as the Giants were only down 2-1 until the bottom of the 7th inning when the Phillies chased Jonathan Sanchez from the game scoring their third run against the Giants starter.  With no outs the Giants sent in Ramon Ramirez who gave allowed a sacrifice bunt, a intentional walk and a single to score Roy Oswalt. With one out Jeremy Affeldt relieved Ramirez and the normally solid Affeldt after striking out Ryan Howard with two runners on base intentionally walked Jayson Werth to get to the slumping Jimmy Rollins loading the bases.  Rollins though delivered a double to right center which cleared the bases to give the Phillies a 6-1 lead. 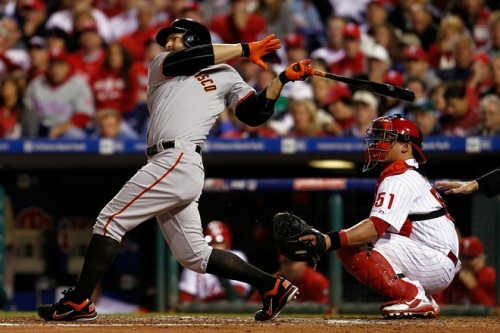 Roy Oswalt continued his stellar performance since coming to the Phillies holding the Giants to one run, a home run by Cody Ross and just 3 hits while striking out 9 batters.  Oswalt got the win and Sanchez the loss, his first against the Phillies this year.  The series resumes in San Francisco on Tuesday afternoon with Phillies ace Cole Hamels on the hill to face Matt Cain and the sea of orange and black at AT&T Park. I picked this series to go 7 games so it should be interesting. 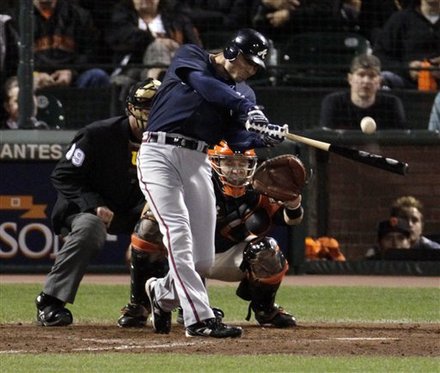 In my NLCS predictions I said that the San Francisco Giants and Atlanta Braves series would be the hardest to pick as the teams were so evenly matched. I gave the edge to the Giants based on how their starting pitching has done in the final month of the season and I still predict the Giants to win in four or five games.  Last night it looked like the Giants were on their way to going to Atlanta with a 2-0 series lead and then the improbable happened.  Leading 4-0 the Giants committed two Costly errors gave the Braves to opportunity to tie the game and eventually win it on Rick Ankiel’s 11th inning home run that landed among the kayaks in McCovey Cove.

Giants’ starter Matt Cain gave up just one run, an unearned one in the top of the 6th created by a fielding error by outfielder Pat Burrell on a Derek Lee single. Lee took second on the error and scored when the next batter, Brian McCann singled to make the score 4-1.  The Giants failed to capitalize in the 7th inning and the game went into the 8th with Sergio Romo coming into the game in relief.  Derek Lee and McCann singled and Romo was pulled for closer Brian Wilson.  Wilson faced Melkie Cabrera who hit a ground ball to third baseman Pablo Sandoval who whose errant throw pulled first baseman Aubrey Huff off the bag allowing Lee to score.  After a sacrifice bunt by Brooks Conrad sent the runners to second and third Alex Gonzalez doubled to left to score McCann and Cabrera to tie the game.

The game went into extra innings and in the bottom of the 10th the Giants had the bases loaded with one out.  Reliever Kyle Farnsworth got Buster Posey to hit into an inning ending double play.  Ramon Ramirez working his second inning of relief made one bad pitch which Ankiel slammed with such authority that Giants right fielder Nate Schierholtz didn’t even turn around.  The Giants did not score in the bottom half of the inning giving the Braves who led the majors in come from behind wins yet another improbably victory.

On Sunday the Giants will send Jonathan Sanchez (13-9 3.09 ERA) who has won 7 of his last 10 games to the mound.  Sanchez lost his last appearance against the Braves last only 4 innings giving up 4 runs on 5 hits. He will face Braves ace Tim Hudson (17-9 2.83 ERA) who won his last start against the Giants but struggled down the stretch going 5-5 with a 4.50 ERA.  Hudson has a career 13-13 record and 3.56 life time ERA against the Giants.

The Braves have the best record at home in the Majors this year and took their season series against the Giants 4 games to 3, and took 3 of 4 at home against the Giants this year which gives them a slight advantage in the next two games. I expect that the teams will manage a split in Atlanta and take the series back to San Francisco. This should continue to be the best and most interesting series of the 2010 Divisional Series playoffs.

Mine Eyes Have Seen the Glory
It Is What It Is