“If you eliminate the impossible – anything that remains, however unlikely, must be the truth” Commander Spock

I think that I am starting to recover from my trip to California.  If you read some of my posts from 666 Lake of Fire Circle last week you’ll know that it was difficult.  If I recall there is a passage in Scripture where Jesus tells his disciples that “in this world you shall have tribulation, but be of good cheer for I have overcome the world.”  In fact being a fairly well trained theologian, though I do Church history better I know that the passage is there verily even in the Gospel according to Saint John Chapter 16, verse 33.  So there, my Seminary education was not a waste of time.  However if I had used the original language of the King James Version I might have a better time of it.

Tonight after purchasing the new Star Trek movie and watching it, yea verily even for the 3rd time, I realized that as a graduate of Starfleet Academy, no kidding, see the picture,  I know that there are some things that I know defy logic just as Spock said and as strange as they may be must be the truth.  The past week has seemed like a venture into an alternate reality.  I think that I I somehow altered a timeline when I left 666 Lake of Fire Circle for the hotel.  As of yet I know not how this timeline will play out, even as I did not know how the last timeline would but like in the new Star Trek the timeline has been altered, the present reset.

The title of this post Trials and Tribble-ations” comes from an episode of Star Trek Deep Space Nine where Captain Sisko and company end up traveling back in time in search of a modified Klingon named Arn Darvin from the 23rd Century who is traveling back in time to attempt to kill Captain Kirk and alter the timeline.  I like the title and it was a fun episode very well done with the actor Charlie Brill who played Darvin in the original series episode The Trouble with Tribbles reprising the role as an older and vengeful Darvin. 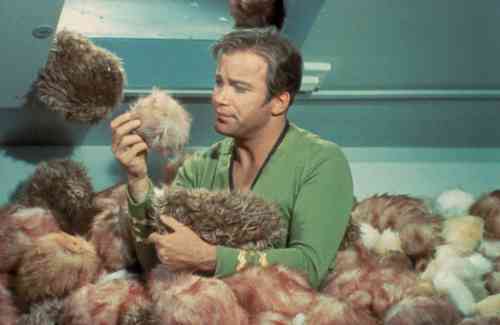 “In this world you will have Tribble-ation but be of good cheer…unless you are a Klingon as Tribbles don’t like you.”  The past few weeks have been filled with Tribble-ations as I went back to see my parents to a dad who no longer knows me and a mother who I no longer know, returned to flood waters and knocked down fences.  However, in all things I am still blessed.  I have a great wife, brother and wonderful friends at work.  Somehow things will work out.  I know people though who have also suffered from bad family situations, personal tragedy and recently significant storm damage including flooded homes damaged or destroyed cars and other property damage caused by our recent Nor’easter.  The lady who runs our little coffee shop and serves up my Southern Pecan coffee had her house flooded while one of our nurses had her car float away and sink into the Elizabeth River from our hospital. There are also those killed or wounded at Fort Hood and those that they leave behind as well as those who suffer illness, disease, poverty and violence that is a daily ordeal.

I am grateful for those that have prayed for and encouraged me through my Tribble-ations not only this past week but the past 16 months or so since returning from Iraq.  I am finding that what I have gone through will in the long run integrate my war experiences, PTSD, emotional turmoil and grief as well as the way I have changed since Iraq into my life.  I will be stronger and my life richer for them.  My Tribble-ations will end up being no Tribble at all. And that, though it seem at times impossible is the truth.