The Great Hampton Roads Snowstorm of 2010 and Groundhog Day

Well it’s only the 31st of January but in about 29 hours it will be Groundhog Day back here on the East Coast.  We survived the great snow storm of 2010 here in Hampton Roads I measured 8-9 inches in my yard.  Now if we lived in a locale that actually was prepared for winter weather this wouldn’t be too bad…unfortunately since this is about a once a decade kind of event the region is woefully prepared for real winter weather.  First there isn’t enough snow removal equipment in the local cities, thus once the roads get funky there is no way to clear them.  Crews are working hard but Virginia Beach only has 36 trucks and there are hundreds of miles of primary roads in the cast expanse of the city, not counting important secondary roads.

Knowing this I was prudent and planned not to get out over the weekend and we stocked up on about all we would need and picked up a few items to make life easier like salt, kitty litter and a good flat blade shovel.  Likewise when we went to Gordon Biersch on Friday before the storm began I picked up a “growler” each of Czech Pilsner and Märzen in order to have proper sustenance which was a good move because for once the weather guessers got the forecast right much to the disbelief of some.  However as a weather junkie and had my college had a meteorology degree plan I might have taken it, I actually like about everything I do look at statistics, probabilities and as much hard data as I can when a major storm is said to be heading my direction.

So anyway we got hammered with a real winter storm in Hampton Roads and since we know that a large amount of the population of our fair regain can’t drive nails we elected to stay off of the roads Saturday.  Thus the Abbess and I after having worked about the house and relaxed at home watching DVD movies such as In Harm’s Way, M*A*S*H and the Big Lebaowski while nursing the “growlers” of the Czech Pilsner and Märzen. Finished the evening watching Death Becomes Her on HBO. Meanwhile I prepared nothing that could not be cooked in the microwave or poured from a box into a bowl.  Finally this afternoon we got out for a couple of hours and had enjoyable time with our friends at Gordon Biersch. 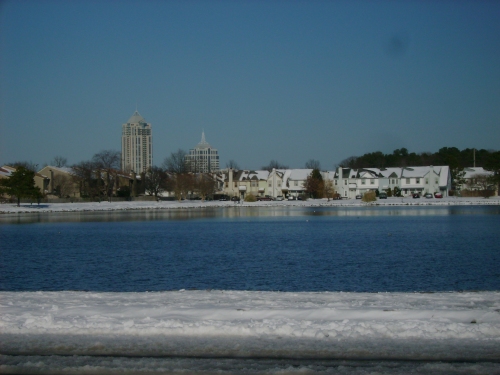 One of the more interesting parts of the weekend was watching the reaction of Molly to the snow.  She didn’t care for it too much when it was coming down but today with the sun out she spent time outside looking for trouble but fortunately for us not finding any.  She has made a path around the fence line and since she is rather smart has figured that she doesn’t need to make a new path every time she goes outside.  She now uses the path that she blazed for herself first thing this morning. 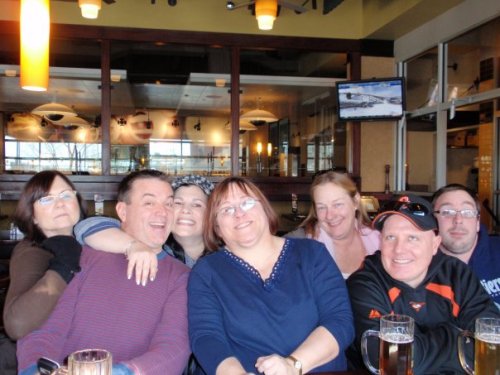 So I get to head in to work as I have duty tomorrow.  The medical center like the rest of the Navy facilities here has only essential personnel reporting so things look to be pretty sparse with no clinics open.  So I will get to hang out with folks I know and pray that things are relatively uneventful.  I do expect that the drive in to work could be a bit sporting so I will definitely take it slow and easy.  Thankfully I a pretty good at winter driving thanks to winters in Germany, West Virginia and Pennsylvania. 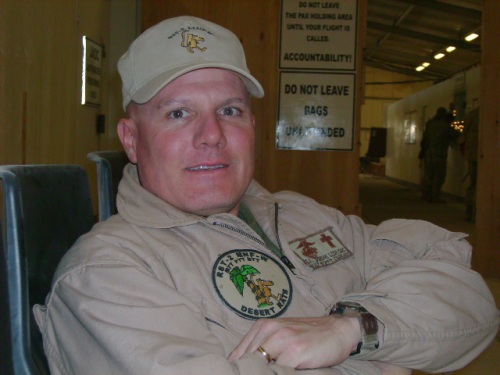 Now I don’t know about you but I have had jobs or assignments where I really did think that I was living “Groundhog Day” however I did not ever steal the groundhog.  However, as I watch the movie I can imagine myself doing the same kinds of things that Bill Murray’s character did.  I may be a Priest but unfortunately I am simply and incorrigible miscreant which can be seen in some of my previous posts, especially How Padre Steve Got His Driver’s License, Passed Geometry, Escaped Advanced Algebra and Selects Mood Music for a Book Burning so I can’t be on the fast track for canonization but life is fun.

So anyway when I come home from work sometime on Groundhog Day I will be back.