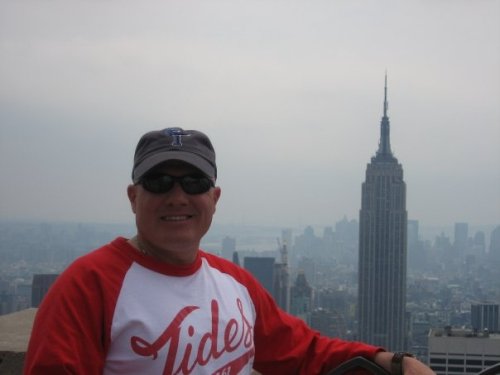 One of the traditions common with the advent of a new year is the resolution. Typically people will resolve to do something different to improve their lives, such as losing weight, starting an exercise program getting out of debt, having a child, getting a better job, having cosmetic surgery, finding a new love, ditching their old love, founding a new religion and fleecing the flock and a million other laudable goals.  The key question that one must ask when making a resolution is “Is the stupid thing resolutionable?“

You probably are asking “just what the hell is resolutionable?”  Well, I figured that and here is Padre Steve’s test of what is a “resolutionable New Year’s Resolution.” Resolutionable to put in the vernacular is simply a combination of various factors to see if a resolution has a bat’s chance in hell of succeeding.

Question One: The first question that you have to ask yourself is “Will this be good for me?”  If yes give yourself 5 points. If the answer is no subtract 10 points immediately and ask yourself if you are merely stupid or have forgotten to take your anti-psychotic meds.  Obviously if it is not good for you it is not wise.  However it is a free country so no one can stop you from being an idiot unless they get a court order which is unlikely.  Since you are free to do something bad for you and because it is a free country you can continue to take the test to see if you can recover.

Question two:  Is it reasonably attainable? Is it something that a reasonable person maybe even a coldly logical dispassionate and neutral observer would agree with you is attainable.  Frequently such people are either known as Vulcans or Assholes, on earth most are the latter, but they can be counted on to tell the truth.  For example, you resolve to lose weight.  You weigh 200 pounds, your ideal weight is 180 and you have no health conditions that would harm you if you attempt to lose the weight.  If so a coldly logical, dispassionate person would probably say that this is reasonable.  Now conversely if you weigh 900 pounds and have to have Dick Gregory talk you into having a construction crew knock a hole in your apartment wall to have a crew of firemen with a forklift get you out and want to lose weight, any weight it is unlikely that you will succeed and that it is an unattainable goal unless a plastic surgeon takes a shop vacuum to you.  If it is reasonably attainable give yourself 5 points. If not give yourself nothing, nothing ventured nothing lost.  I hope that wasn’t too harsh.

Question Three: Does success depend on someone else helping you?  If “yes” subtract 5 points as most people are unreliable, get over it.  If “no” give yourself 10 points because you are at least trying to take control of your destiny. If you are depending on God to make it happen for you subtract 10 points because regardless of what you answered before. Nothing against God, I’m work for him and am a big fan, but you want a miracle and those are rare. Try Miracle Whip instead. To be resolutionable you have to be doing the work, otherwise it’s like cheating.

Question 5: Will doing this benefit others?  If it will give yourself 5 charity points, if not take nothing, if it will hurt someone and you know it subtract 50 points because you are probably going to Hell for even entertaining such an idea.

If you score 25 or higher your resolution is definitely resolutionable and should by all means be pursued.

If you got greater than 15 but less than 25 your resolution might be resolutionable and has a chance even if not the greatest.

If you got more than 5 but fewer than 15 points you might want to think about another resolution.

If you got less than 5 and since no question is worth less than 5 points you got 0, unless of course you got a bunch of those negative points.  Such resolutions are bound to fail so try something use.

So this year I am going to resolve to lose 20 pounds.

Will this be good for me? Yes. Score 5 points.

Is this reasonable?  Yes since I gained 25 pounds over the summer I should be able to do this. It will happen because I am no longer eating 4-6 Krispy Kreme hot and fresh glazed doughnuts every night before bed and have no underlying medical problems eating health while engaged in a regular program of exercise this is reasonable.  Score 5 more for Padre Steve.

Does it depend on anyone else? Nope, Score 10 more for Padre Steve.

Does it involve a substantial amount of money or time?  Lots of time and as we all know time is money so score 5.  I get added points because if I don’t it could mess up by career and I have two much to lose by not losing the weight.  Score 10 more for Padre Steve.

Finally will it benefit others? Yes maybe not as much as me, but it will at least indirectly help others. Since I’m not greedy I won’t take the 5 charity points.

Now I know this isn’t the most pastoral carily way of putting this, but hey, whatever works right? Have a wonderful New Year.