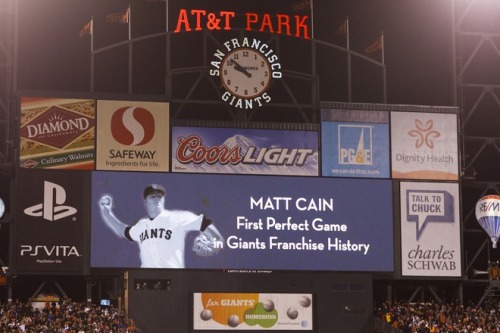 I was just about to go to bed but had the MLB Channel on when I began to pay attention as Harold Reynolds began to say in the top of the 5th inning of the Giants-Astros game “to Call your friends because history is being made by Matt Cain.” On a night were Met’s pitcher R A Dickey pitched a one-hitter and in a season that had already seen 4 no-hitters including a Perfect Game by Phil Humber, this was more than amazing. 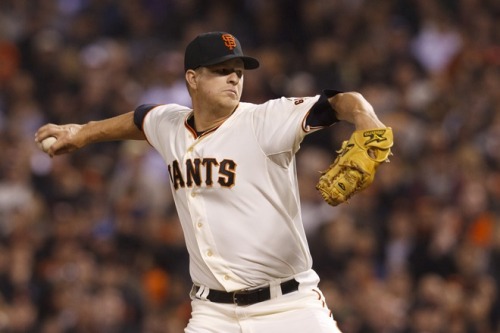 The first Cain was not known for his pitching skills and ended up with a mark that remained with him the rest of his life, not mark any of us would want. Tonight another Cain, Matt Cain now has a mark, but not like the biblical Cain, Matt Cain pitched the 22nd Perfect Game in MLB history and the first in the 130 years of the Giants Baseball Club.

I have been a Giants fan since I was a kid. Back on August 24th 1975 my dad took my brother and me to Candlestick where we saw Ed Halicki no hit the New York Mets. In 1976 John “the Count of” Montefusco no-hit the Braves in Atlanta. It was almost 33 years before the Giants got another when on July 10th 2009 Jonathan Sanchez no-hit the Padres facing 28 batters, one more than a perfect game due to a fielding error.  Hall of Fame pitchers for the Giants to pitch no-hitters have included Christy Matthewson, Carl Hubble, Gaylord Perry and Juan Marichal.  But no Giants pitcher had ever pitched a perfect game. 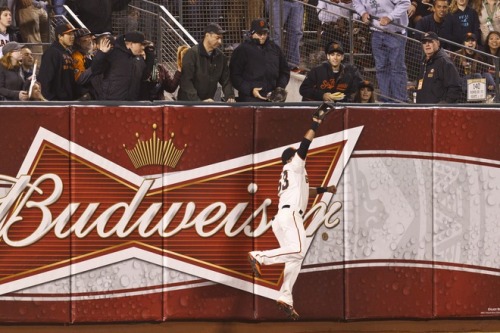 The perfect game is one of the most miraculous and magical moments in all of sports simply because anything, a bad pitch or an error or a bad call can end the bid, who can forget the call by Umpire Jim Joyce that kept Armando Galarraga from a perfect game in 2010. The novel The Perfect Game which became the Kevin Costner film For the Love of the Game does such a wonderful job of portraying the miracle. It seems that nights like this, the pressure, the miraculous and unbelievable catches made in the field and the ability of a pitcher to get out after out. Cain understands this, he has taken 5 no hitters into the 7th inning during his career and never got the no-hitter. 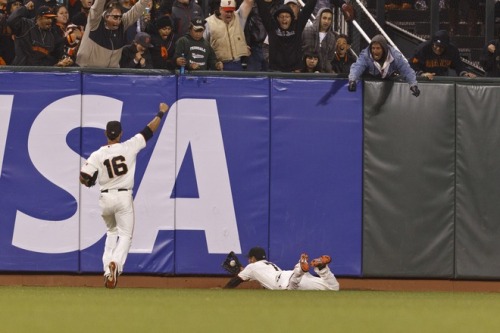 Cain is one of the best pitchers in the game. During the 2010 World Series Cain pitched 21 1/3 innings without giving up a run. This year he is 8-2 with a 7 game winning streak and a 2.18 ERA.  The performance was one of the best ever even in a perfect game. Cain dominated with 14 strike outs tying the Major League mark set by Sandy Koufax in 1965. Cain helped his cause by getting a hit and scoring a run. The first pitcher since Dennis Martinez to get a hit in a Perfect game since Dennis Martinez in 1992.  Cain threw 125 pitches, the most in a perfect game in MLB history. 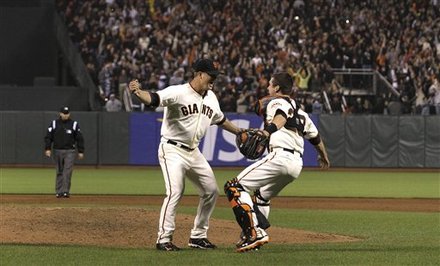 Several great defensive plays helped bring on the magic. Melky Cabrera made a leaping catch at the left field wall in the 6th inning and Gregor Blanco who came out of nowhere to make a diving catch going toward the wall on the warning track on a hit that looked as if it would be the first hit and go for extra bases.

The Giants also set a record by scoring 10 runs in a Perfect Game.

Matt Cain left his mark on Baseball tonight and hopefully he will continue to give those that love the game more of these memories.

Now I need to try to calm down enough to get some sleep.

One response to “The Mark of Cain: Matt Cain Pitches 22nd Perfect Game in MLB History”