Veterans Day 2012: Remembering those Who Served and Those that Helped Me

I always become a bit more thoughtful around Veterans Day and Memorial Day.  I’ve been in the military for over 30 years now.  I enlisted in the National Guard while in college and entered Army ROTC back on August 25th 1981.  Since then it has been to quote Jerry Garcia “a long strange trip.”  During that trip I learned a lot from the veterans who I am blessed to have encountered on the way.

My Dad: Chief Petty Officer Carl Dundas aboard the USS Hancock CVA 19 circa 1971-72

I come from a Navy family. My dad served twenty years in the Navy.  Growing up in a Navy family in the 1960s and 1970s was an adventure for me and that Navy family that surrounded us then remained part of my family’s life long after.  My mom and dad remained in contact with friends that they served with or were stationed with, and now many of them are elderly and a good number have passed away.  Even so my mom, now a widow stays in regular contact with a number of her Navy wife “sisters.”

My dad retired in 1974 as a Chief Petty Officer and did time surrounded in the South Vietnamese city of An Loc when it was surrounded by the North Vietnamese for 80 days in 1972.  He didn’t talk about it much when he came back; in fact he came back different from the war.  He probably suffered from PTSD.  All the markers were there but we had no idea about it back then, after all he was in the Navy not the Army.  I had friends whose dad’s did not return fromVietnamand saw howVietnamveterans were treated by the country as a whole including some members of the Greatest Generation.  They were not welcomed home and were treated with scorn.  Instead of being depicted a Americans doing their best in a war that few supported they were demonized in the media and in the entertainment industry for many years afterwards.

My dad never made a big deal out of his service but he inspired me to pursue a career in the military by being a man of honor and integrity.

It was the early Navy family experience that shaped much of how I see the world and is why I place such great value on the contributions of veterans to our country and to me.  That was also my introduction to war; the numbers shown in the nightly news “body count” segment were flesh and blood human beings. 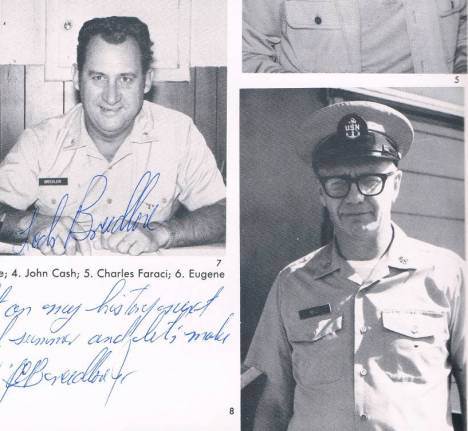 My second view of war came from the Veterans of Vietnam that I served with in the National Guard and the Army.  Some of these men served as teachers and mentors.  LCDR Jim Breedlove and Senior Chief John Ness at the Edison High School Naval Junior ROTC program were the first who helped me along.  Both have passed away but I will never forget them.  Commander Breedlove was someone that I would see every time that I went home as an adult. His sudden death the week before I returned from Iraqshook me.  I have a post dedicated to them at this link.  (In Memorium: Chief John Ness and LCDR Jim Breedlove USN )

Colonel Edgar Morrison was my first battalion commander.  He was the most highly decorated member of the California National Guard at that time and had served multiple tours inVietnam.  He encouraged me as a young specialist and officer cadet and showed a tremendous amount of care for his soldiers.  Staff Sergeant’s Buff Rambo and Mickey Yarro taught me the ropes as a forward observer and shared many of their Vietnam experiences. Buff had been a Marine dog handler on the DMZ and Mickey a Forward Observer.

The Senior NCOs that trained me while in the Army ROTC program at UCLA and Fort Lewis had a big impact. All were combat veterans that had served inVietnam.  Sergeant First Class Harry Zilkan was my training NCO at the UCLA Army ROTC program.  He was a Special Forces Medic with 7th Group inVietnam.  He still had part of a VC bayonet embedded in his foot.  He received my first salute as a newly commissioned Second Lieutenant as well as a Silver Dollar.  I understand that after the Army he became a fire fighter.  He had a massive heart attack on the scene of a fire and died a few years later from it.  Sergeant Major John Butler was our senior enlisted advisor at UCLA.  An infantryman he served with the 173rd Airborne inVietnam.  Sergeant First Class Harry Ball was my drill sergeant at the ROTC pre-commissioning camp at Fort Lewis Washington in 1982.  He was a veteran of the Special Forces and Rangers and served multiple tours inVietnam.  Though he only had me for a summer he was quite influential in my life, tearing me apart and then building me back up.  He was my version of Drill Sergeant Foley in An Officer and a Gentleman. Like Zack Mayo played by Richard Gere in the movie I can only say: Drill Sergeant “I will never forget you.”

As I progressed through my Army career I encountered others of this generation who also impacted my life. First among them was First Sergeant Jim Koenig who had been a Ranger in the Mekong Delta.  I was the First Sergeant that I would measure all others by.  Once during an ARTEP we were aggressed and all of a sudden he was back in the Delta. This man cared so much for his young soldiers in the 557th Medical Company.   He did so much for them and I’m sure that those who served with him can attest to this as well as me. Jim had a brick on his desk so that when he got pissed he could chew on it.   He was great.  He played guitar for the troops and had a song called “Jane Fonda, Jane Fonda You Communist Slut.” It was a classic.  He retired after he was selected to be a Command Sergeant Major because he valued his wife and family more than the promotion.  It hurt him to do this, but he put them first. Colonel Donald Johnson was the commander of the 68th Medical Group when I got to Germany in January 1984.  Colonel “J” as well all called him was one of the best leaders I have seen in 28 years in the military.  He knew everything about everything and his knowledge forced us all to learn and be better officers and NCOs.  On an inspection visit you could always find him dressed in coveralls and underneath a truck verifying the maintenance done on it.  He served a number ofVietnamtours.  He died of Multiple Myeloma and is buried at Arlington.  Chaplain (LTC) Rich Whaley who had served as a company commander in Vietnam on more than one occasion saved my young ass at the Army Chaplain School.  He remains a friend and is the Endorsing Agent for the Church of Jesus Christ of Latter Day Saints. As a Mormon he was one of the most “Christian” men that I have ever met.  I know some Christians who might have a hard time with that, but Rich demonstrated every trait of a Christian who loved God and his neighbor.

When I was the Installation Chaplain at Fort Indiantown Gap PA I was blessed to have some great veterans in my Chapel Parish.  Major General Frank Smoker flew 25 missions as a B-17 pilot over Germany during the height of the air war in Europe. He brought his wonderful wife Kate back from England with him and long after his active service was over he remained a vital part of the military community until his death in 2010.  Sergeant Henry Boyd was one of the 101st Airborne soldiers epitomized in Band of Brothers. He had a piece of shrapnel lodged next to his heart from the Battle of the Bulge until the day he died and was honored to conduct his funeral while stationed at Indiantown Gap. Colonel Walt Swank also served in Normandy.  Major Scotty Jenkes was an Air Force pilot in Vietnam flying close air support while Colonel Ray Hawthorne served several tours both in artillery units and as an adviser in 1972 and was with General Smoker a wonderful help to me as I applied to enter the Navy while CWO4 Charlie Kosko flew helicopters in Vietnam.  All these men made a deep impact on me and several contributed to my career in very tangible ways.

My life more recently has been impacted by others. Since coming into the Navy I have been blessed to serve with the Marines and Sailors of the 2nd Combat Engineer Battalion and Lieutenant Colonel T D Anderson, 1st Battalion 8thMarines and Lieutenant Colonel Desroches, 3rd Battalion 8th Marines and Colonel Lou Rachal and Headquarters Battalion 2nd Marine Division and Colonel, now Major General Richard Lake.   My friends of the veterans of the Battle of Hue City including General Peter Pace, Barney Barnes, Tony “Limey” Cartilage, Sergeant Major Thomas and so many others have become close over the years, especially after I did my time inIraq. They and all theVietnam vets, including the guys from the Vietnam Veterans of America like Ray and John who manned the beer stand behind the plate at HarborPark all mean a lot to me.  My friends at Marine Security Forces Colonel Mike Paulovich and Sergeant Major Kim Davis mean more than almost any people in the world.  We traveled the globe together visiting our Marines.  Both of these men are heroes to me as well as friends, Colonel Paulovich was able to administer the oath of office to me when I was promoted to Commander.

Finally there are my friends and brothers that I have served with at sea on USS HUE CITY during Operation Enduring Freedom and the advisers on the ground in Al Anbar mean more than anything to me. Perhaps the most important is my RP, RP2 Nelson Lebron who helped keep me safe and accompanied me all over the battlefield.  Nelson who has doneIraq three times,Afghanistan,Lebanon and the Balkans is a hero.  The men and women of Navy EOD who I served with from 2006-2008 have paid dearly in combating IEDs and other explosive devices used against us in Iraq and Afghanistan are heroes too.  There is no routine mission for EOD technicians.  Then there are the friends that I serve with in Navy Medicine, medical professionals who care for our Sailors, Marines, Soldiers and Airmen, family members and veterans at home and in the thick of the fighting in Afghanistan.

I give thanks for all them men that I mention in this post, especially my dad. For the countless others that are not mentioned by name please know that I thank God for all of you too.

I do hope that people will remember the Veterans that impacted their lives this and every day.  Some may have been the men and women that we served with, perhaps a parent, sibling or other relative, maybe a childhood friend, a teacher, coach or neighbor. As we pause for a moment this Friday let us honor those who gave their lives in the defense of liberty in all of the wars of our nation. They have earned it.

One response to “Veterans Day 2012: Remembering those Who Served and Those that Helped Me”