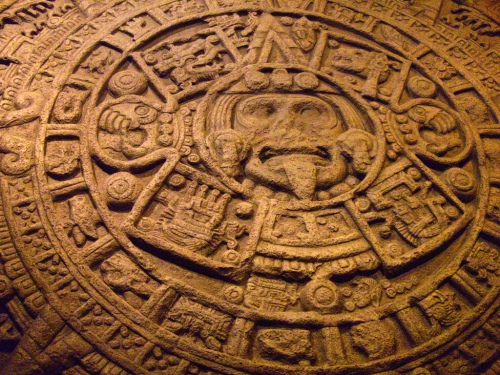 The Mayan Calendar: Note the Disgusted Cubs Fan in the Center

I woke up this morning and what did I see? I saw a world that was still in existence. The sun was shining, and the dog yawning and I knew that it was going to be a good day for the world had not ended.

Not that I believed it would as the Chicago Cubs did not win the World Series. But there were believers who now that the end of the world has come and gone are left asking themselves why, kind of like the Jehovah’s Witnesses do every couple of decades, or those of more extreme millennial Christian viewpoints. Last year a preacher named Harold Camping was predicting that Jesus would come back on on May 21st 201, it was his second swing and a miss which led him to apologize. But he is not alone, there have been over 100 predictions of Jesus’ return since I have been alive that have fizzled as well as plenty by others ranging from New Agers to Death Cults.

So the world didn’t end but the shills that predicted it to certainly made some fast cash which since the world did not end they can now spend on themselves.

That being said I do have a theory that explains the whole metaphysical side of this.

I believe that the Mayan seer that carved out the great Mayan calendar was probably probably a very early, like before they existed Chicago Cubs fan.

From my cursory knowledge of the universe and end times prophecy it is the only explanation. I believe that the soul that worked his ass off carving this masterpiece did so based on the erroneous proposition, that the world was based on the 154 game baseball season of 1908, when the Cubs last won the World Series and that he did not foresee the 162 game season or the baseball strike of 1994-95.

Like any real seer he had no real ideal what he was seering about and to use a biblical term “saw through a glass darkly.” In other words he really didn’t know exactly what he was predicting and in his limited way did the best that he could. Instead he had to rely on interpreters that neither knew him or his world to understand and publicize his carvings. 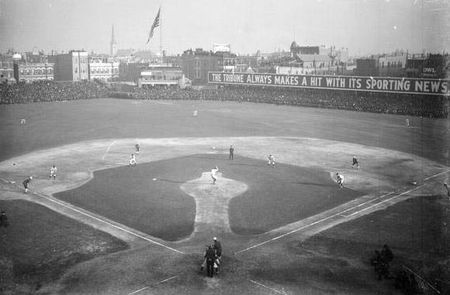 I believe that when he looked into the future and he assumed that the universe was based on the 154 game season. He did not anticipate the 162 game season, which if he had he would have known that as we know it ended on October 14th 1908 when the Cubs defeated the Detroit Tigers to win the World Series.

Yes my friends, even the end of the world does come down to baseball and in particular the Chicago Cubs.