The Caine Mutiny: A Lesson in Leadership

I’ve been watching a number of older movies over this Memorial Day Weekend. Last night I watched A Bridge too Far and The Bridge at Remagen. Tonight I just watched The Caine Mutiny and I am trying to decide on the second feature. However, the Caine Mutiny is one of my favorite movies on leadership and the novel by Herman Wouk is amazing. This is an article from about 3 years ago that I wrote about this great film. Peace, Padre Steve+ 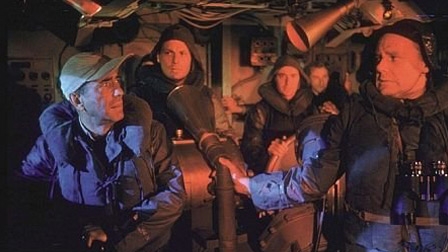 “Now you’re learning, Willie. You don’t support your captain because you like him; you support because he’s got the job or you’re no good!” Jose Ferrer as Lieutenant Barney Greenwald

I write this after seeing a number of officers do some really dumb things in my 28 year career in the manner in which they supported their commanders or chain of command in trying times.  While none of these incidents could be described as mutiny they were certainly acts which undermined the chain of command, endangered the mission and had they occurred in a combat zone or in emergent conditions could have gotten soldiers or sailors killed.  The Caine Mutiny is a classic on leadership either in book or movie form.  I prefer the book but I am captivated by the performances of Humphrey Bogart and Jose Ferrer. In this essay I go through the movie and book and illustrate…

Remembering Why We Keep Memorial Day 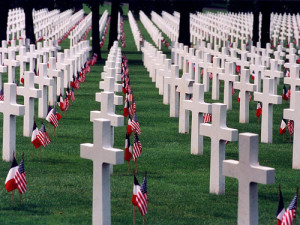 “even if those who come after us are to forget all that we hold dear, and the future is to teach and kindle its children in ways as yet unrevealed, it is enough for us that this day is dear and sacred…”

Nearly 20 years after the Civil War, Oliver Wendell Holmes Jr. then serving as Chief Justice of the Massachusetts Supreme Court spoke on Memorial Day 1884 in Keene New Hampshire at a gathering of veterans. He recalled an incident not long before where he had heard a young man ask “why people still kept up Memorial Day. The question was one that he pondered before his speech and that he attempted to find an answer, not to his fellow veterans who certainly understood their shared memories of war “but an answer which should command the assent of those who do not share our memories.”

I think that having an answer for the question is as timely now as when Holmes first pondered it. Though his war was twenty years past and had torn the nation apart, there were still many men on both sides who had served in that terrible time and but even so many people were not only forgetting the war and the sacrifices made by so many but intent on becoming rich. Something that he would directly state in a Memorial Day address to the graduating class of Harvard University in 1895: 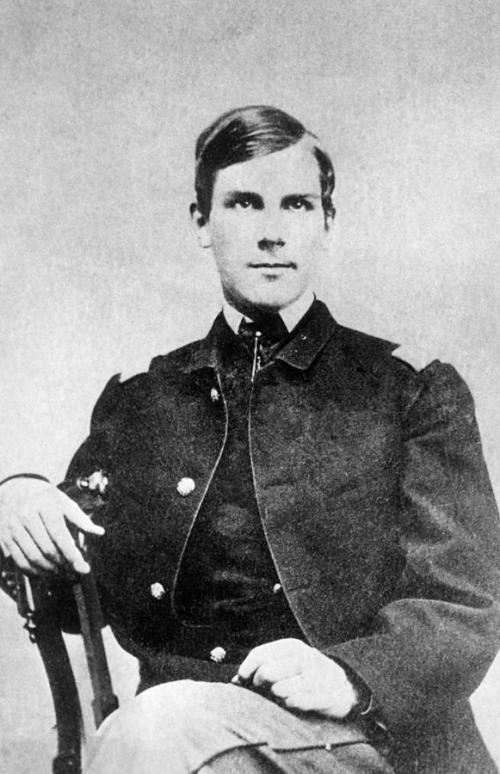 “The society for which many philanthropists, labor reformers, and men of fashion unite in longing is one in which they may be comfortable and may shine without much trouble or any danger. The unfortunately growing hatred of the poor for the rich seems to me to rest on the belief that money is the main thing (a belief in which the poor have been encouraged by the rich), more than on any other grievance. Most of my hearers would rather that their daughters or their sisters should marry a son of one of the great rich families than a regular army officer, were he as beautiful, brave, and gifted as Sir William Napier. I have heard the question asked whether our war was worth fighting, after all. There are many, poor and rich, who think that love of country is an old wife’s tale, to be replaced by interest in a labor union, or, under the name of cosmopolitanism, by a rootless self-seeking search for a place where the most enjoyment may be had at the least cost.”

However his message to his fellow veterans, mostly men from his own former regiment, the 20th Massachusetts was quite personal and something that they could find meaning in. Holmes understood war, he had seen much action and had been wounded at Ball’s Bluff, Antietam and Chancellorsville. He talked of the shared experience of war, something that those who have fought in our nation’s wars, as well as combat veteran soldiers in other countries can understand far more than people that have only known peace, even while their countrymen are at war. 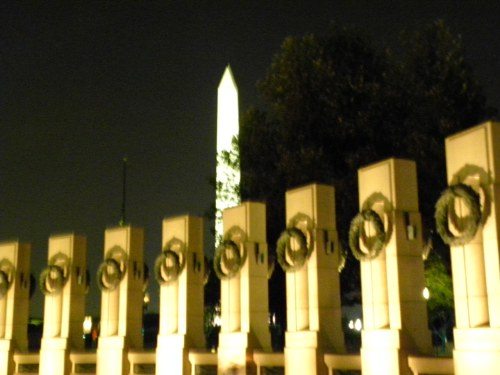 Holmes remembrances of the war and the comrades that he and those present had served with, those living and those dead is powerful. Many of us who have served in the wars that began on September 11th 2001 have lost friends in either Iraq or Afghanistan, and many more who are wounded or maimed in body, mind and spirit. Many survivors of wounds today would have died in previous wars.

Likewise his descriptions of the memories of war, triggered by “accidents” are real to those that have experienced war and combat.

“Accidents may call up the events of the war. You see a battery of guns go by at a trot, and for a moment you are back at White Oak Swamp, or Antietam, or on the Jerusalem Road. You hear a few shots fired in the distance, and for an instant your heart stops as you say to yourself, The skirmishers are at it, and listen for the long roll of fire from the main line. You meet an old comrade after many years of absence; he recalls the moment that you were nearly surrounded by the enemy, and again there comes up to you that swift and cunning thinking on which once hung life and freedom–Shall I stand the best chance if I try the pistol or the sabre on that man who means to stop me? Will he get his carbine free before I reach him, or can I kill him first?These and the thousand other events we have known are called up, I say, by accident, and, apart from accident, they lie forgotten.” 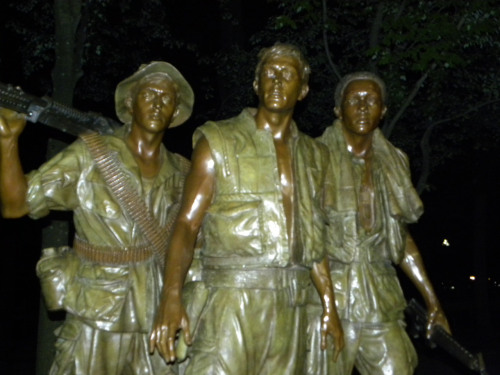 We all have our memories of our wars, those of us who remain, be we veterans of Iraq or Afghanistan, Somalia, Desert Storm, Lebanon, Vietnam, Korea or World War II. It is hard to believe that so few remain from World War II and Korea, and that even the Vietnam veterans are aging rapidly, most now in their 60s or 70s. In as much as the wars of the past decade have been fought by a tiny minority of American citizens fewer and fewer will understand the bond that we share through our memories of the living and the dead. We have been set apart by our experiences, even though the wars that we have fought differ in many ways.

As such we should whenever possible take the time to meet and remember. That might be as groups of friends, unit associations or perhaps local chapters of Veterans organizations. We do this to remember but also to remind ourselves that we cannot live in the past alone, for the present likewise calls us to action, even after our service is complete. 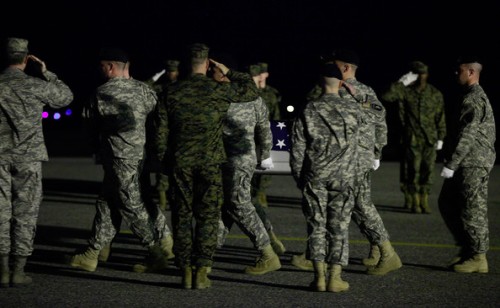 Holmes put it well: “When we meet thus, when we do honor to the dead in terms that must sometimes embrace the living, we do not deceive ourselves. We attribute no special merit to a man for having served when all were serving. We know that, if the armies of our war did anything worth remembering, the credit belongs not mainly to the individuals who did it, but to average human nature. We also know very well that we cannot live in associations with the past alone, and we admit that, if we would be worthy of the past, we must find new fields for action or thought, and make for ourselves new careers.”

We remember the past, we remember our fallen and we remember the families who have lost loved ones in these wars as well as those whose lives have been changed and maybe even torn apart by the changes that war has wrought in their loved ones who returned different from war. In our service we have been set apart and as such as Holmes so well states we have the duty to “bear the report to those who will come after us.” His words carry forth to us today, we few we happy few as Shakespeare so eloquently wrote.

“nevertheless, the generation that carried on the war has been set apart by its experience. Through our great good fortune, in our youth our hearts were touched with fire. It was given to us to learn at the outset that life is a profound and passionate thing. While we are permitted to scorn nothing but indifference, and do not pretend to undervalue the worldly rewards of ambition, we have seen with our own eyes, beyond and above the gold fields, the snowy heights of honor, and it is for us to bear the report to those who come after us.” 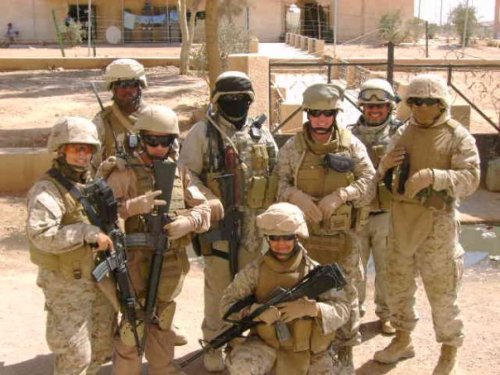 I will remember my time in Iraq and those that I served alongside. I will also remember friends who served in other units who did not return as well as those Marines, Sailors and Soldiers that I see every day in our Naval Hospital suffering from the physical, psychological and spiritual wounds of war.

This weekend I will remember and on Monday, that sacred day that we set aside to remember the fallen I take some time at noon to join in that time of remembrance and pray that maybe someday war will be no more.

That is why I think that we should remember Memorial Day even if others forget.