More Equal than Others 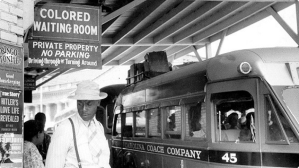 Last year while I was leading my students from the Staff College on our Gettysburg Staff Ride, something remarkable and troubling occurred. I always end the staff ride by taking the students to the National Soldier’s Cemetery. There we talk about terrible human cost of the battle and I introduce them to a number important topics related to the cemetery. I talk about the rural cemetery movement and the Greek revival in America in the 1820s, which is culturally important to us. Then I move on the dedication of the Soldier’s Cemetery. I discuss the layout of the cemetery and how it was designed so that the grave of every soldier is of equal importance and then I read some of the comments of the keynote speaker, Edward Everett. Following this I discuss the writing of the Gettysburg Address, the way Lincoln used it to universalize the Declaration of Independence and then I recite it, and remind my students, especially my American officer students why this is so important to us as we remember our oath of office and our duty.

While we were gathering near the spot where Lincoln gave his address, an elderly white couple, who appeared to be in their early eighties, were sitting on a bench where my students gathered. I invited them to stay if they wanted and let them know why we were there. They were very attentive as were my students and when we concluded and my students began to head back to our vans or to their own vehicles for the trip back to Norfolk, the man approached me and asked directions on how to get to the Chambersburg Road which I gladly gave him; and then he said: “You know that when they say that “all men are created equal” that some are more equal than others.”

I was stunned and attempted to deflect the man’s obvious racist comment with humor, referring to the rivalry of UCLA where I did my Army ROTC training about thirty-three years ago with that of the University of Southern California. The man looked at me and said that he was from Georgia and that he “wished that California would just drop off into the ocean,” and then walked away.

I thought to myself: “you corpulent old racist bastard.” I was really tempted to follow him and confront him, but I backed off. I realized based on his age, and that he probably opposed everything about the civil rights movement and supported Jim Crow and that there was nothing that could change his mind. He was old enough that he may have actually taken part in some of the anti-civil rights actions of the 1950s and 1960s. I don’t know, but it is possible.

But even so his words, his body language, and his facial expressions were troubling. The man was not joking. As I think about many things I hear said during the political campaign stating those same ideas, I am reminded of the words of George Fitzhugh, a Southern planter in eastern Virginia who owned many slaves. Fitzhugh, like many today, argued against the concept of human equality in 1856 he wrote that “the concept of human equality…is practically impossible, and directly conflicts with all government, all separate property, and all social existence.”

Speaking of the necessity for slavery, as well as limitations on the equality of human beings no matter what their race or sex, Fitzhugh penned words that explained that human relationships were not to be seen in terms of individual liberty, “but in relations of strict domination and subordination. Successful societies were those whose members acknowledged their places within that hierarchy.”

Fitzhugh was quite blunt when he discussed the real implications of his philosophy:

He concluded his essay with the words, “Liberty for the few – slavery in every form, for the mass.”

Sadly, there are a lot of people in this country who believe exactly what that man voiced. Some are racist, and not just towards African Americans but to Latinos, Native Americans, Asians, Arabs and others, including poor Whites. There are those who believe that women and gays are not equal. Many of these people are leading politicians at the federal, state and local levels, media personalities and corporate leaders who have significant political and economic clout and if they ever had complete power would overturn or nullify every law that protects the civil rights of those they believe are less than equal, in some extreme case even less than human.

There are many reasons that people use to justify these attitudes; some pseudo-scientific, some religious, some economic, and many based on a crude Social Darwinism emphasizing the “survival of the fittest.” I heard someone in a restaurant say exactly that when they were talking about the poor, the poor had no rights, because they were poor. Again, lest we want to simply use this to beat on Southerners, this is not simply an attitude confined to the South; it is all over the country, and that was, and still is often the case throughout our American history.

It really does grieve me when I see this. The ghosts of our past intrude on so many parts of our national life, condemning the living to have to relive them in our own time. Historian George Santayana said it so well: “Those who cannot remember the past are condemned to repeat it.”

Have a good day.