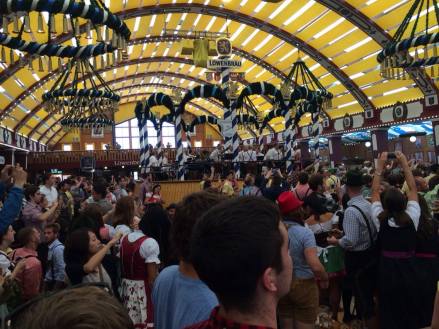 This is another one of my pre-posted articles for our Munich trip and I am offering a few thoughts on terrorism. With all of the recent attacks in Europe the authorities in Munich are taking the threat of terrorism very seriously and that is a good thing. There are a lot of extra police and security officers out and about and a fence has been placed around the fest grounds in order to keep people from sneaking in. I was asked before we left if I was thinking about terrorism or afraid. I answered that I think of it but I am not afraid I just stay alert and pay attention to my surroundings like I do anywhere. But as far as terrorism in Europe, it’s real, and there are dangerous elements who I am sure would love to create havoc at the Oktoberfest, but I am not afraid.

This is because Judy and I our old hands when it comes to living with terrorism. When we were stationed in Germany in the 1980s it was at the height of the second generation of the Baader-Meinhoff Gang/ Red Army Faction reign of terror. There were frequent bombings and murders committed by these East German supported terrorists throughout Germany, and we narrowly avoided being victims of two of them; one at the Frankfurt Airport, and one at the Frankfurt Military Exchange. Every day we had to look under our car for car bombs as that was a favorite method of killing. Likewise when we drove onto base, not only did we have multiple forms of identification verified, but our vehicles were checked for bombs underneath, as well as in the trunks and engine compartments, which had to be opened and inspected. Despite that on one occasion a bomb was found in the Mess Hall and defused, across town at another base a young enlisted man was kidnapped and murdered by a female terrorist posing as a date. When we were shopping one day at a German retail store we saw, and reported to the Polizei a group of people that we recognized too late from the wanted posters. We made our report and were interrogated for over two hours. I was actually glad for that, because what we said was taken seriously. 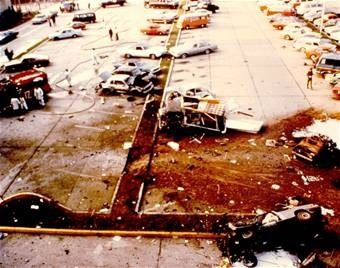 But sadly that was just the beginning of my experience with terrorism, both international and domestic. Terrorists may have different causes and motivations, but the one thing they desire to do is to is to terrorize and kill, that their victims often have nothing to do with their grievances, real or imagined, and are innocent of any crime against them does not matter; nor does it seem to matter to their western apologists who excuse the terrorists by blaming the societies and governments of the victims instead of placing the blame on the hate filled ideology of the terrorist.

The sad thing is the ideology of DAESH has been around for a long time, but that it would not made much progress had not President Bush destroyed Iraq and given them a place to flourish. Fareed Zakaria hit the nail on the head when he noted: “I should have paid greater attention to my mentor in graduate school, Samuel Huntington, who once explained that Americans never recognize that, in the developing world, the key is not the kind of government — communist, capitalist, democratic, dictatorial — but the degree of government. That absence of government is what we are watching these days, from Libya to Iraq to Syria.” It is the absence of the restraining force of government that has allowed DAESH to thrive, and which will allow it to continue.

But that being said I am not going to let those sonsofbitches or any other terrorist sonsofbitches frighten me from living life or keeping me from traveling.

I have traveled all over the world and I have been to war. I have seen horrible things and even when I admit the many things that this country has done that are wrong, and even criminal, I cannot allow that to color my view that the terrorists; be they the Baader-Meinhoff gang and the Red Brigades, or today the hate filled religious terrorists of DAESH deserve the slightest bit of sympathy, and just because our government and other governments, as well as the media sometimes label people as terrorists who are not, does not mean that the actual terrorists, like the ones who attacked Brussels yesterday are not terrorists. They are terrorist and that word has a definitive meaning for them, there is no moral equivalence of sleight of hand here. They terrorize and kill innocents in the lands that they occupy, and are taking their fight all over the world.

So do I live with it? I decide to live in the  moment regardless of the threat. I refuse to be terrorized and I will speak out, even if I offend people. I think that Salman Rushdie, a man who has known the price of having a bounty on his head by religious fanatics for decades, said it right: “How to defeat terrorism? Don’t be terrorized. Don’t let fear rule your life. Even if you are scared.”

Now if by some chance something does occur while we are over here I will let you know first hand, but even if terrorists strike I will refuse to be afraid.

Have a good day,