The World of Alternative Facts and the Danger to the Republic 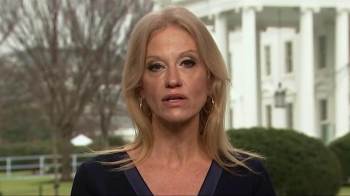 We have entered a world that our founders never expected to happen but warned us about. Alexander Hamilton wrote in Federalist No. 1, that the fiercest enemies of the republic were those men who begin “by paying an obsequious court to the people, commencing demagogues and ending tyrants.”

I think that we have entered that era in our history.

Press Secretary Sean Spicer’s embarrassing attack on those who disagreed with the President’s claim that the inauguration of President Trump had the highest attendance in history when every analysis of the crowds revealed to be far smaller than the last few inaugurations was defended by President Trump’s advisor Kellyanne Conway. Conway turned absolutely Orwellian to defend that and a number of other claims that were patently false. She called them Alternative Facts.

Sadly, this has been the modus operandi of Mrs. Conway and the President’s spokespeople since the beginning of his campaign. Rather than admit to a falsehood they reinforce the lie, time after time. The behavior is extraordinary in the American experience but not in history.

I hate to bring up a Nazi example but the the tactic is that of the Nazi, the Soviet, and every other authoritarian and dictatorial propaganda machine. But being a historian who has spent much of my life researching and writing about the Nazi seizure of power I was actually taken aback by her comments and the use of the term “alternative facts.” There are no such thing. John Adams, our second President said it well: “Facts are stubborn things; and whatever may be our wishes, our inclination, or the dictates of our passions, they cannot alter the state of facts and evidence.”

But such clarity cannot be found in what Mr. Spicer or Mrs. Conway said. They repeated a lie and then Mrs. Conway called it an “alternative fact.” It was absolutely Orwellian, not that it matters to many of the President’s diehard supporters. He told us during the campaign: “You know what else they say about my people? The polls, they say I have the most loyal people. Did you ever see that? Where I could stand in the middle of Fifth Avenue and shoot somebody and I wouldn’t lose any voters, okay? It’s like incredible,” and he was absolutely correct. Hitler told his generals when he was about to stage a propaganda coup to blame Poland for starting the war, “I shall give a propagandist reason for starting the war – never believe if it is plausible or not. The victor will not be asked afterward if he told the truth…” It seems that from day one of his campaign the President has followed a similar course of action to first win the nomination of his party and then the general election. I don’t think that he can stop now that he is office. In his inaugural address the President noted: “America will start winning again, winning like never before.”  Winning at all costs seems to be everything, and nothing will stand in the way, even facts.

The Nazi Propaganda Minister, Joseph Goebbels once said:“It would not be impossible to prove with sufficient repetition and a psychological understanding of the people concerned that a square is in fact a circle. They are mere words, and words can be molded until they clothe ideas and disguise.”

Sadly, this will not be the last of these kind of statements made by Mrs. Conway or Mr. Spicer. We have entered a new era, and while many people think that the Trump administration will sink itself, and that maybe the GOP will revolt, impeach him, and make Mike Pence the President, they are deluded. That will not be allowed to happen by Trump or his supporters. The stream of alternative facts are going to become so commonplace that people will stop noticing them, they will get numb to them.

William Shirer who served as a correspondent in Berlin from 1934 to 1941 wrote in his book The Rise and Fall of the Third Reich:

“I myself was to experience how easily one is taken in by a lying and censored press and radio in a totalitarian state. Though unlike most Germans I had daily access to foreign newspapers, especially those of London, Paris and Zurich, which arrived the day after publication, and though I listened regularly to the BBC and other foreign broadcasts, my job necessitated the spending of many hours a day in combing the German press, checking the German radio, conferring with Nazi officials and going to party meetings. It was surprising and sometimes consternating to find that notwithstanding the opportunities I had to learn the facts and despite one’s inherent distrust of what one learned from Nazi sources, a steady diet over the years of falsifications and distortions made a certain impression on one’s mind and often misled it. No one who has not lived for years in a totalitarian land can possibly conceive how difficult it is to escape the dread consequences of a regime’s calculated and incessant propaganda. Often in a German home or office or sometimes in a casual conversation with a stranger in a restaurant, a beer hall, a café, I would meet with the most outlandish assertions from seemingly educated and intelligent persons. It was obvious that they were parroting some piece of nonsense they had heard on the radio or read in the newspapers. Sometimes one was tempted to say as much, but on such occasions one was met with such a stare of incredulity, such a shock of silence, as if one had blasphemed the Almighty, that one realized how useless it was even to try to make contact with a mind which had become warped and for whom the facts of life had become what Hitler and Goebbels, with their cynical disregard for truth, said they were.”

I am sorry, but when it comes to facts and truth, that is the kind of world we on entered on January 20th. Please note I am not saying that President Trump is a Nazi, or commit Nazi style atrocities. I am simply comparing the methods, and the language of his spokespeople to the Goebbels propaganda machine, and I am also calling to mind the words of our founders on the danger of demagogues.

Honestly, I hope that our President governs wisely and gains a sense of humility as he holds in his hands such great power. I want him to succeed for all of us, but this opening weekend has given me much cause for concern and this has less to do with policy than it does the deceptive words that I see coming from those who shape his message.

I know that is a hell of a way to start the week, but this does matter.