Character: “The Decisive Factor in the Life of an Individual and of Nations Alike.” 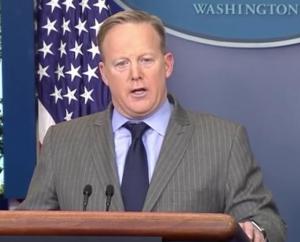 I teach ethics, and as I observe the words and actions of President Trump and his closest advisors I see a massive attack on facts, truth, reason, intellectualism, and with them, more importantly, on integrity and character. It is actually very disconcerting to see those in power attempting to re-write facts, history, and even their own statements and promises before our eyes, denying truth, subverting facts, and pretending that with the exception of what they say today, there is no truth.

When Sean Spicer praised the February jobs report, a report that he and the President used refer to as “phony” he was asked if President Trump thought that this report was accurate. He grinned and said “They may have been phony in the past, but it’s very real now.”

But then what can be expected from an administration that when contradicted calls the contractions lies, and those who insist on facts to be liars? It has insisted that alone of Federal Government employees that White House staffers don’t need to follow government ethics rules, and removes them from required ethics training. This goes to the heart of the problem with this administration, it does not care for truth and has long given up, if it ever had it. President Trump’s long history of not being an honest businessman, his numerous adulterous affairs during his marriages, and a list of people that he has cheated that runs into the hundreds with thousands of lawsuits against his business practices should have warned us that he would be the same man that he has always has been, and now he is in a position not only to continue to destroy any hint of his own integrity, but that nations as well, and many of his followers do not seem to give a damn.

Ethics do matter and facts do matter. Steven Covey wrote that “Moral authority comes from following universal and timeless principles like honesty, integrity, treating people with respect.” This is sadly lacking in the current administration, and it will be the death of the Republic. When the American President cannot be trusted to tell the truth and when his administration works to shield themselves from the law there will be reverberations. The moral authority of the American nation is at stake, and that matters more than the power of our economy or the military might of the nation. Once that trust, once that moral authority is eroded, the very foundations of the country are undermined, and quite possibly fatally undermined. As Thomas Paine noted: “Character is much easier kept than recovered.”

A nation founded as ours on the proposition that “all men are created equal” which depends on its leaders and citizens caring about their fidelity to the Constitution must understand that its character is linked to how we live up to those great secular scriptures. Character as Theodore Roosevelt noted is “in the long run, is the decisive factor in the life of an individual and of nations alike.”